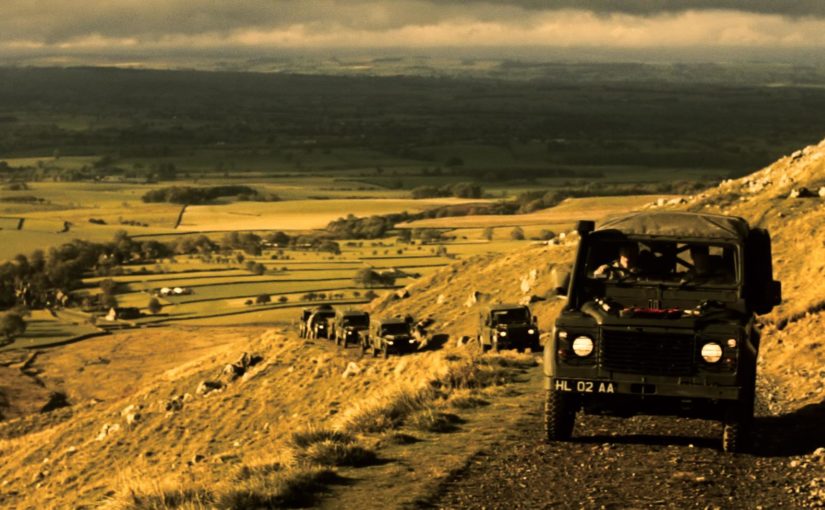 Throughout all of my years in training, whether in martial arts, reality based conflict training or throughout my time in the military I’ve experienced a wide range of various types of instruction, some good, some bad and a few excellent but all in some way or another have given me something that has lasted…. the ability to determine what works and what doesn’t.

After watching and learning hundreds or even thousands of different techniques as well as a multitude of combinations and variations I have become aware that keeping things simple enhances the chance of a successful outcome. This has been a principal I have applied throughout every aspect of my military career.
When I first started training (before I joined the Army) I would more often than not defer to what my instructors taught me without question. I had the general impression that given their experience and subject matter knowledge they met all of the prerequisite criteria to teach, even in the subject of self defence.

Sadly and much to my misfortune I discovered that although my instructors at the time taught skills for competition that encouraged a sports mentality they did not take the time to teach how to adapt sport techniques into skills that can be used on the street. That discovery came many moons ago when I was walking back home after a night out in Glasgow. I found myself on the receiving end of a serious assault by three guys which left me with 3 broken ribs, a broken nose, black eyes and a concussion which left me hospitalised for a couple of days.

The problem I had during the assault was the sudden realisation that for all of the training I had under my belt it did not prepare me for the reality of the violence that I was on the receiving end of. I couldn’t react to what was happening and none of my training at that time gave me the skills I needed to deal with real violence. Everything I had learnt in the Dojo failed me when I needed it most.

After my recovery I returned to training more determined than I had ever been in my life to make sure that what happened to me would never be repeated. I began to look further into the techniques that my instructors taught as self defence applications and realised that the experience I previously presumed they had was based purely on practice against compliant training partners and had absolutely no bearing on the reality of a violent assault.

My instructors at that time failed to understand that in real-life violent confrontation, defending ourselves is not a sport. There are no rules, no referee’s, no rounds and no bells. An attacker doesn’t think or act like your training partner or a competitor.

This Dojo mindset had no real concept of the fact that an attacker wants to cause you serious hurt or even kill you. The training I received did not provide any education on the combat indications that help to raise awareness during pre confrontation or any tactical options that help us to focus more during conflict. The wider picture just wasn’t understood by many martial arts instructors at the time and as a consequence more attention was paid towards obtaining status and grading rather than the importance of student self-preservation.

In the years that followed that unfortunate evening I have taken the opportunity to train with many excellent reality based self defence instructors within the civilian sector and a great many Military instructors with shared experiences during my 29 years of service with HMF Army.

The resounding principles that I have adopted as a result of my experience as a student and soldier is that in order to give ourselves a fighting chance of surviving an attack we need to cultivate a pre-emptive sense of situational awareness and a tactical mindset to prepare for that worst case scenario. It doesn’t matter, how we are built, or how experienced in martial arts we are. Physical strength or acrobatic skills, age, gender or condition are not deciding factors.

The outcome of my years of training has led to the development of Effective Self Protection training (ESP) which originates and has evolved from various self defence systems used by Military and Police Forces in the UK and throughout the rest of the world. ESP was developed to provide both an education and physical skills that were until recently only taught to Military and Police organisations.
Its effectiveness lies in its simplicity of use and its common sense application. It involves education and training in the psychological factors of confrontation, physical awareness and the appropriate reaction techniques that can be employed in times of necessity. Through continued training in ESP students grow and attain awareness and an understanding of the information that enhances their ability to deal with violent confrontation and greatly improves the chances of surviving dangerous and potentially life threatening situations.

The application of ESP provides the necessary skills to recognise the early signs of confrontation and the mental and physical skills required to respond and react to violent and aggressive behaviour whilst developing situational awareness, assertive confidence and common sense techniques. ESP creates a tactical mindset that promotes an individual’s confidence and ability in confrontational situations.

ESP is broken down into five components:

1. The Legislation of Common and Statute Law and the use of force.
2. Situational and threat awareness.
3. Conflict Resolution and response options.
4. Tactical Communications.
5. Technique Training.

Training is a straight forward process that is easy to learn and effective in both its content and practice. Through common sense application ESP is an easy way to learn and develop threat awareness and the response options necessary to resolve or conclude confrontational situations in any environment.

The ability to defend ourselves in real violence is not found within a Dojo. The benefits of martial arts training should never be confused with the expectation that they will help you survive real violence.

Keep in mind that getting home safe to your family and becoming tomorrows newspaper headline comes down to how well prepared you are to protect yourself in a confrontational situation. A fight is always between you and an attacker; Self Defence training is neither a sport nor a game. It must be realistic enough to protect your life!