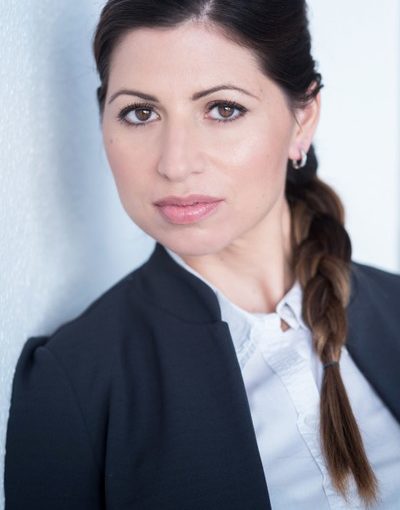 But what does this actually mean? Well, if we all feel guilty, we all have a need (subconscious or not) to be punished. “Horrible” as it sounds, in one way or another, this is how you attract violence into your life. Whether you are violent in some ways towards yourself, you let someone treat you badly or you attract an aggressive incident.

Sigmund Freud (1916) explained that most of us aren’t strong enough (character-wise speaking) to “supress” our guilt without feeling self-deceived and therefore diverse forms of self-punishment are formed. He divided these into “the criminal from a sense of guilt”, “those wrecked by success” and “other self-sabotaging and self-tormenting character types”.

Friedrich Nietzsche believed (1887) that we want to experience guilt as we have a rooted desire to cause suffering, in order to dominate others and express power. It is our integration into society and culture that prevents us from doing so, but the instinct is always there.

From a religious point of view we grow up believing we “should be” or “could be” better people, but consider ourselves unable to (due to our nature/instinct), therefore we feel guilt (and confess, donate, fast, cry, suffer, pray for forgiveness etc’).

In all these explanations the common factor is that the feeling of guilt leads to the “agreement”, or even the will, to suffer. Once we pay that price our guilt feeling diminishes and we are able to feel good again until the next time.

How This Impacts Our Vulnerability

So, if you subconsciously (or consciously) feel guilty about something, you are more likely to look for trouble, or let trouble look for you. Now, I am not saying that you wake up in the morning, leave your home and try to find someone out there to beat you up. But I believe that you create, knowingly or not, an energy field around you (“I feel guilty, I should be punished, I feel unworthy, I feel vulnerable”) which will attract an aggressor more readily. Aggressors look for this type of “easy victim”, people who are submissive and not likely to fight back. If you believe you should be punished, your inner strength and will to survive will be weaker than if you believe your life is worth living that you are worth living.

On the other hand, if you are a person who is generally more connected and aware of your feelings, and self-being, you have been working on your guilt and anger, and the energy around you “feels” to the aggressor as if you are “not the right one”. In this sense it would be challenging to fight you and it won’t be that pleasurable. The aggressor is looking for a submissive person in order to feel more powerful (himself); if you are not that, then the “power trip” is …. pointless.

It has been scientifically proven that aggressors, like wild animals, choose their victims by picking up on subconscious signals. The “predator” knows in a matter of a few seconds who is a suitable target and who isn’t.

“If I had the slightest inkling that a woman wasn’t someone I could easily handle, then I would pass right on by. Or if I thought I couldn’t control the situation, then I wouldn’t even mess with the house, much less attempt a rape there.” (Brad Morrison, a convicted sex offender who raped 75 women, quoted in Predators: Who They Are and How to Stop Them by Gregory M. Cooper, Michael R. King, and Thomas McHoes) “Like, if they had a dog, then forget it. Even a small one makes too much noise. If I saw a pair of construction boots, for example, out on the porch or on the landing, I walked right on by. In fact, I think if women who live alone would put a pair of old construction boots—or something that makes it look like a physically fit manly type of guy lives with them—out in front of their door, most rapists or even burglars wouldn’t even think about trying to get into their home.”

Betty Grayson and Morris I. Stein (1984) tried to find out what attracts aggressors to certain victims and what doesn’t. After videotaping pedestrians (without their knowledge) on a busy street in New York, they asked convicts to make their selection of who they would choose to attack, within seven seconds. The results were surprising. The selection was not depending on age, race, size or gender (for example, some small women were passed over and some large men were selected). Even the convicts themselves didn’t know how to explain their choice. But what was common to all the “potential victims” selection, was a few things in their body language, that sends messages to the subconscious mind that that person is weak, is distracted, can’t defend themselves, and feels as if they deserve to suffer (lack of self-love, again the guilt feeling).

So, Can you “fake it till you make it”? Can you fake the body language to seem more confident and not be potentially selected by aggressors? The answer is YES, you can walk more confidently, you can seem to be more centered, you can be more aware of your environment, you can change the pace and stride of your walk… but can you really fake confidence? can you fake inner strength? Can you fake self-love…? The non-verbal signals your body will give up in a stressful situation is not something you can easily camouflage.