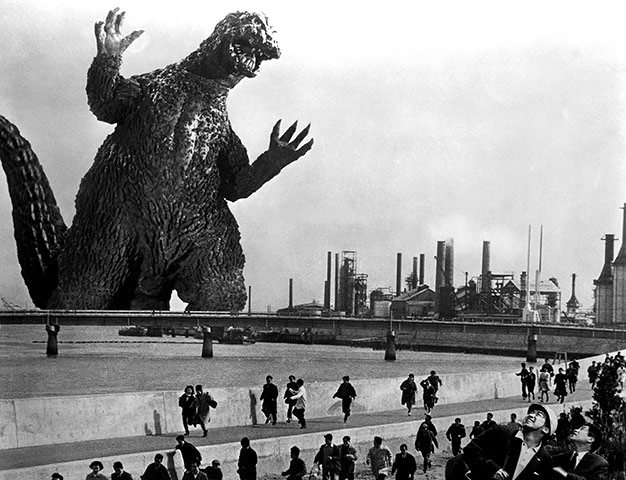 ‘I am going to play devil’s advocate in this following article and hopefully give you some food for thought.’

I watch with mild amusement but also a fair amount of worry at many of the clips on social media of today’s so called ‘reality combat systems.’

When it comes to self defence techniques the majority of these systems have only one answer to an attack and that is to respond by totally annihilating their attacker and leaving them in a ‘gooey’ pile on the ground.

No matter what form of attack they face. Whether it is a wrist grab, shirt tug, headlock, punch or knife it will all end with the same response…beat the fucking living daylights out of the bastard. Gouge their eyes out, rupture their spleen, splatter their balls into mush and then collapse their windpipe and finish by battering their cerebellum until they drop to the floor a twitching, dribbling wreck!

Now many of these systems were developed as close quarter combat for the military to use in times of war. When they didn’t have a weapon available the last resort was to go hand to hand. It was literally kill or be killed! Extreme circumstances call of extreme responses.

The question is should these techniques be taught to the general public? Should they also be taught as self defence?

Every country has its laws and many vary but when it comes to self defence most are near enough the same.

Marc McYoung in his excellent book, In the name of self defence makes the important observation that self defence is a crime. Yes read that again. If you are pleading self defence you have got to justify your actions and prove it wasn’t a crime.

Everybody is answerable to the law of the land unless you are a criminal.

Military, Police, security and the general public are all answerable for their actions and the amount of force they use. There are no exceptions. Different circumstances certainly, but no exceptions.

Professionals that deal with violence understand about force continuum. This is a scale of force they work to depending on the threat level they are faced with.

Police for instant do not C.S gas and baton every person they encounter breaking a law. They will decide whether to use a verbal command or a physical action from control and restraint, cuffing, gassing or baton depending on the circumstances.

It has all go to be justified and answerable to a higher order.

But what about then the general public that might never have engaged in physical conflict?

Surely they would know nothing of force continuum?

They are not professionals?

True. But we are not just talking about an average member of the general public. We are talking about trained Martial artists in this instance.

These people are presumably trained to fight. If you spend a great deal of your time learning how to inflict pain and hurt on another human being then surely you should also know about the law and self defence and also the force continuum model? It is your duty as an Instructor or student alike.

If you don’t know then you will have plenty of time to practice your ‘killer techniques’ in the showers in D block in one of the many prisons around the world.

So should we be teaching these nefarious techniques to others?

Well let’s remember self defence is scenario based. No two situations are the same. Depending on what is actually unfolding around you will determine the level of your response. Remember the appropriate response may or may not be a physical one.

Maybe the situation requires you to disengage, run, hide, escape, de-escalate, and negotiate?

Physically you may have to, use a breakaway technique, control and restraint, immobilise, subdue, submit, and incapacitate, knockout or even kill?

Your job is to know which of these responses are appropriate at the time. Not easy. But this is what we should be training for. Not everything is code black  and seek and destroy.

The law doesn’t expect you to get everything right down to the letter under the pressure of a real attack but if you are walking around boasting what a deadly fighter you are, black belt, cage fighter, Rambo or Ninja turtle, the law will presume that you have the necessary skills to make the right call more so than Joe Public would.

So can you take another’s live in the eyes of the law? Yes but you are going to have to prove it and justify it. If you can’t you are in big trouble. Remember it is a crime until proven otherwise. There is no free license to kill another even if you are being raped at gunpoint or some psychopath is trying to take your head off with a machete.

I n these extreme circumstances you may be prepared to do what is needed in that moment and answer to the law later.

There are no exceptions and you are accountable for your actions. Just as every man is. You will still have to prove you were justified in what you did.

The simplest way to view if you are justified is imagine you are sat on a jury and listening to yourself explain your actions. Would you agree with them or would you view it differently? Would all the jury members agree that yes it was justified?

You have always got to consider your actions and the consequences. Real life is not a film were people can go around breaking arms, necks and laws without being answerable.

When using physical technique for self defence you should ask yourself these questions.

Are my actions needed?

Did I have any other choice or option open to me?

Are my actions justified?

There are two sides to self defence training.

In the dojo you can play out any technique without consequence but outside of the protected gym environment it is a different story.

You would do well to remember you will not always be fighting Godzilla.