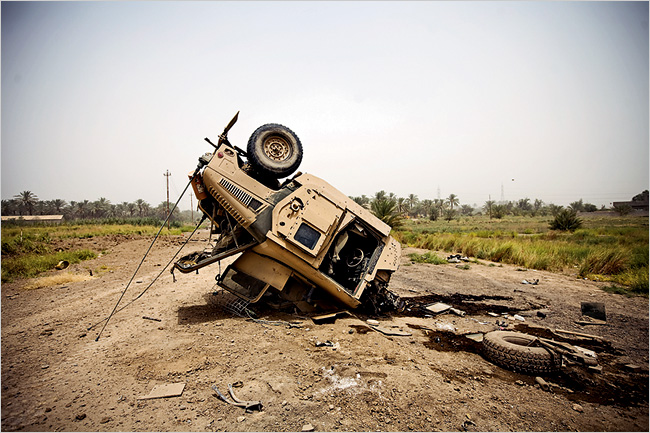 Unfortunately, all too many people who ‘haven’t been there’ are guessing what it’s like — based on their training. (How do I apply what I know to what I don’t know about violence?) As such, they often come up with fantasy solutions to fantasy problems. (Or as Peyton Quinn sums it up: “They come up with ingenious solutions to non-existent problems.”) This technique works reliably in the street … right? Well no, but by gawd, the next time you get attacked by a midget riding a Shetland pony, you’ll be ready with that flying side kick.

But that’s not going to stop a lot of folks from teaching that tournament-winning-move and claiming it is not only self-defense, but a battlefield tested technique from their traditional martial art.

Or they take limited personal experience and extrapolate it to cover every kind of violence. I’ve seen entirely too much training by ‘studs,’ who are teaching you to win your next high school fight. Incidentally, this stuff *will* work to win a fight. Unfortunately, it will get your ass killed in other kinds of violence where the goals and rules are different than that of a ‘fight.’

It helps to think of the subject of ‘self-defense’ as a multi-circle Venn diagram. (Those diagrams with overlapping circles. Each circle is a different issue, topic or factor by itself — but where they overlap something else, they mutate into something that is neither one nor the other.) Self-defense is in the middle of all those circles. There are lots of overlapping factors. Things that can spell the difference between you being safe, alive and free or, going to the hospital or prison.

When you ask can someone who hasn’t been there, be good at teaching ‘self-defense,’ the real answer is a question. Is the person teaching these multiple factors?

Oh and BTW, it doesn’t matter if the person *has* been there. If he or she is not teaching these factors, then she or he sucks at teaching you ‘self-defense.’ He may be doing a smash-up job teaching you how to fight or get convicted for murder, but that ain’t self-defense.  (I’ll add a caveat to this in a bit — where it really does matter having been there — but for the moment let’s just stick with the quality of the information being provided.)

One of the *best* introductory books about ‘what is missing’ from most training is “Facing Violence” by Rory Miller.

Having said that, I will also tell you: It is *not* the final word on the subject. I tell you that so you don’t read it and think, “Okay I know that, so now I can teach it.” It’s an important introduction to what you don’t know you don’t know. You’ll have multiple boatloads of subject matter you need to research after reading it. But now you have seven specific topics you know you need to research in order to provide quality training.

Oh while we’re at it, you should know that threat assessment and articulation aren’t just legal issues. It’s critical personal safety strategy that can safely extract you from a potentially dangerous situation or — if things get ugly — it is a critical component of overcoming the freeze response.  Again, this information isn’t just ‘legal,’ it’s a critical step in being able to act.