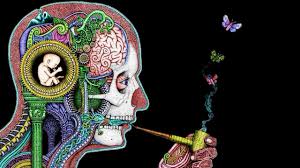 In recent articles I have tackled, well offered my opinion, on the old chestnuts of the McDojo and the not unrelated ninja/warrior/grandmaster crew. I suppose the common theme in these two articles is unreality, many people in the martial arts and especially the self defence world emphasise how what they teach will work in reality. Well who’s reality, or who’s version of reality?

This is a sensitive subject among instructors in particular and I have witnessed some epic name calling and insults in recent years, all put out in the public domain, as one tribe calls out and insults another tribe. Sometimes the dummy has been well and truly been spat out and most often they are challenging each other’s credibility. My system is better than your system, my gang is better than your gang, it often gets really silly especially the threats of violence, all made in writing on a public forum. Lawyers love that.

Anyway I digress; the thing with reality is that it is perceived differently by different people and different cultures. Each individuals beliefs, values and norms affect how the perceive reality and how they produce and reproduce reality on a daily basis. Humans being active agents in creating their worlds far more effectively than other animals do not only help create and sustain, produce and reproduce, worlds external to themselves but worlds inside their heads too.

Well guess what, martial artists and self defence instructors do this too, we all do and it all helps us create our sense of self. We all occupy multiple roles and we all manage multiple relationships and each comes with its own set of rules and appropriate behaviours. Together they form a whole; we are in effect made up of a sum of parts. With the majority there is balance between these parts and this presents a reasonable balanced whole, it is what we call normal. Now just as reality is open to interpretation based on how it is perceived so is normal. So we may have many similarities on how we perceive both reality and normality with others in our culture or sub culture and this will differ from how reality and normality are perceived in other cultures. Cultural relativism is the idea that a person’s beliefs and activities should be understood based on that person’s own culture.

Shared meanings, values and beliefs exist at a societal level, but they can vary greatly between cultures within that society, between subcultures and interest groups they can vary even more. Hey presto, fertile ground for conflict because if I define what I see and experience as real and normal, and that is reinforced by my tribe (echo chamber), then what you say is real and normal cannot be, in fact it sucks.

So we get the name calling and the insults because we operate to different codes, like any conflict it happens because people lack tolerance. It also happens because some people are so busy bigging themselves up the need to knock other people down, or try to. This kind of interpersonal conflict has existed right through evolution and can be observed in other species too, we have not learned as much as we think during our long evolution. Well, it’s tiring and reflects badly when the public see people, warriors remember, sometimes masters and grandmasters too, slagging each other off. Not only do they denigrate the ‘other’ but in the opinions of some themselves too and the ‘industry’ too.

Personally I enjoy sitting in my own backwater steadily seeking to improve what and how I train, trying to help others improve too and I hold firmly to the belief that I should be training all our students to be better than me, helping all our instructors to be better than me. I am no saint, I make mistakes, I fuck up, however, instead of looking quickly around for an excuse or a scapegoat I apologise and make good. I am not really interested joining in the chest beating behaviour, driven by ego, by those who post memes reminding that a warrior must be humble and the first thing s/he (its almost always he) must conquer is their own ego, then off they go like wind-up toys winding up their chums to have a go at that bunch of ****** from over there.

Unfortunately in our profession there are many people who have not yet left the playground, well I have a solution, stay away from the playground, come along and play with the cool gang who can accept and discuss differences without all the yah boo name calling, because after all we know it’s all inside your head.

One thought on “The Worlds Inside Our Heads – Garry Smith”