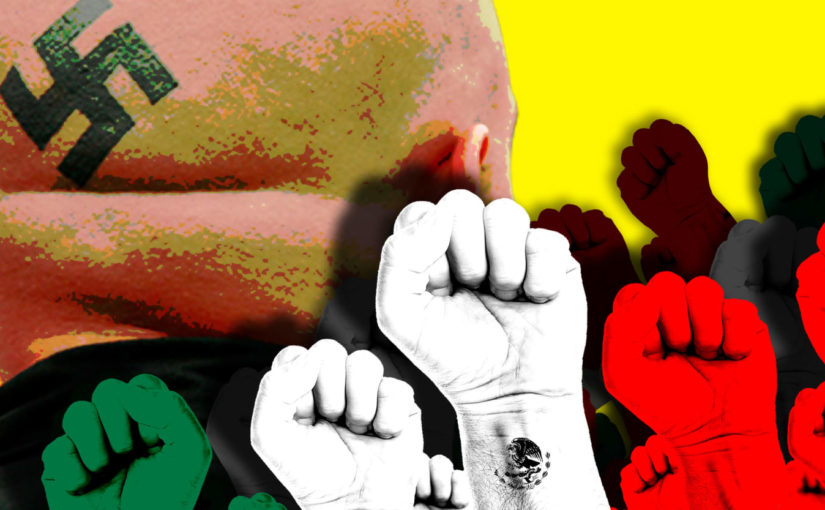 We were sent a link to this article from Paul Bowles back in May. It raises a set of interesting points like when is it time to stop inciting people, especially when you are the outsider on their territory. My first thought was that there must be some underlying mental health issues due to the severity and escalating nature of the offending behaviour. We have used the article in full and there is a link to The Daily Beast for those who would like to check out the original. So thanks to Paul and those others who have sent us some very interesting material.

If you come across something you think we should see please send it to us, we will check it out. Regards, Garry.

From ‘The Daily Beast’.

MEXICO CITY—“Kill him! Kill him! Kill him,” chanted a mob of roughly 100 angry Mexicans in Cancun, the popular tourist destination on the coast of Quintana Roo, Mexico. “I’m going to decapitate you,” one man shouted at Aleksei Viktorovich Makeev, as the bloodied 42-year-old Russian resident of Mexico fled the interior of his home for a nearby rooftop while the mob pelted him with large rocks and jeered. When Makeev finally collapsed on the rooftop, covered in his own blood—and that of an unarmed teenager whom he stabbed moments before, after the teen attempted to enter the Russian’s apartment—the townspeople finally let him be, as reporters livestreaming from the scene claimed that Makeev had died.

In fact, after being beaten with sticks and stoned nearly to death, the half-naked Russian was transported to a local hospital and treated for his injuries. The townspeople had fractured his skull.

Makeev is now reportedly in stable condition, but remains in a drug-induced coma, paralyzed and likely brain-damaged, said Dmitry Bolbot, Mexico City’s Russian consul. But the 19-year-old youth whose last name has not yet been disclosed, “Lalo”—a nickname for Eduardo—bled out on the pavement as paramedics attempted to save his life. He was pronounced dead soon after Makeev stabbed him repeatedly in the stomach with a kitchen knife as he fled the home. The horrific stabbing was also caught on tape.

“The Russian has just stabbed this person. He’s losing a lot of blood,” someone said in one of many livestreams of the hours-long encounter, as thousands of social media users watched from their phones and computers, leaving comments like “Cut off [the Russian’s] head! Toss him in a ditch,” and “Finish him off! Get it over with!”

The mob descended on his home after local media reports began circulating on Friday about Makeev, who had spent the previous months uploading videos of himself on his personal YouTube channels surrounded by swastikas.

In the videos, one can see that he had made a hobby of disparaging the people of Mexico, speaking with particular loathing about indigenous women and infants. He was dubbed #LordNaziRuso on social media—Lord Russian Nazi—and outrage quickly grew.

Just past noon on Friday, Makeev posted on Facebook that he was “feeling adventurous,” along with the comment that “Terrorists are trying to kill me!”

Hours later, he posted a crude drawing that read “lick my dick Mexican piece of shit” as he laughed at the angry crowd that had begun to phone him and cover his Facebook wall with angry comments.

By dusk, as the mob formed outside the tiny one-room apartment in Cancun from which he often posted videos at his untidy desk—next to cans of peas and other food lining the windowsill—a local reporter with a drone began to film the lead-up to the lynching attempt, as Makeev sat at his desk and continued to poke the bear and mock the people online.

From that desk—seated next to a family-size bottle of ketchup and more pictures of swastikas and promotional material for his unpopular YouTube channels—the Russian had repeatedly posted videos complaining about both the Mexican people and their police in a mix of Russian and the occasional insult in English or Spanish.

Though he made himself completely unwelcome in Mexico, Makeev—who is originally from the small town of Elektrostal, on the outskirts of Moscow—had also previously made a name for himself in Russia where he was apparently put under review by the Ministry of Internal Affairs in 2013, after footage posted online showed him shoving an elderly woman and child. He was reportedly interned in a Russian psychiatric facility for his erratic behavior as a result.

“If the government doesn’t want to do anything, if our authorities can’t, we’re going to get together and do this right,” said one man in a livestream Friday night, just before the lynching attempt began, inviting the people of Cancun to come down to the man’s home and get him. “We aren’t going to lynch him, because that sounds bad, but we are going to teach him a lesson.”

“Cancun deserves respect,” the man said, adding, “It’s the most beautiful place you could ever imagine.”

The bizarre videos Makeev became known for show his fanatical obsession with Madonna and knives, and that he far too often sat at the local McDonald’s in Cancun, invasively filming humble Mexican diners—zooming in on the faces of what he called their “bastard” children, and referring to the people as “monkeys” and “pieces of shit.”

In one video, filmed from a local rooftop, he stood shirtless next to a swastika and—wearing a clown nose—referred to “McDonald… Trump.” Many of his Facebook posts, in fact, relate to the various controversies involving the U.S. President’s alleged ties to Russia.

He had been getting on people’s nerves for a while, but had made at least a few friends locally. Just two weeks ago, he uploaded a video of himself interviewing an American man who called himself Roy, who claimed to have been beaten by the local police, after picking up some cash from a local Western Union. He said the cops “took [his] $200,” stranding him in Mexico without a passport.

“When I woke up, I’m on my hands and knees. And when I got up, I seen my teeth, so I picked ‘em up and put ‘em in my pocket, and the muth… uh, they had gone. They left. So, I was left with nothing, and I was left with this,” said a toothless Roy, pointing to a blackened right eye. “So I advise anyone coming here, be careful. The police are very corrupt.”

It was a common theme in his videos. When not complaining about Mexicans, he complained about their cops.

Last December,  he was locked up for a month in an immigration center in Quintana Roo and  declared persona non grata after repeatedly threatening the local Maya people. He complained in videos that he had not been given water, and had been treated poorly in detention. In a statement, the National Migration Institute said that Makeev’s “definitive exit from the country was ordered on January 19” of this year.

But Makeev, who was previously employed as a scuba instructor at AquaWorld Cancun, remained in the country regardless. When contacted on Saturday, the watersports company was unable to offer any comment, but said in a statement that he stopped working with them in November 2015, after they noticed that “his behavior had begun to turn aggressive.”

A statement reportedly from the Russian Embassy did not condone his actions in Mexico, but added that they “categorically reproach the manner in which Mexican citizens did not attempt to denounce [his actions] but instead took matters into their own hands,” asking Mexican authorities to help clarify these “unfortunate events.”

But citizens and residents had reported his behavior to immigration authorities in recent months, even after his recent detention. One local radio disc jockey, 55-year-old Fabricio Rechy, provided The Daily Beast with screenshots of a conversation he had with immigration authorities this past February, in which he sends authorities the worrisome videos he had come across, requesting that the Russian be removed for posing a danger to the local people.

During his conversation, the immigration employee at first implied that the videos were filmed in Russia, but the radio host pointed out that they were filmed inside the local McDonald’s. He even made it easy for them, providing screenshots of the man’s immigration documents.

“They thanked me for the information and said they would investigate,” Rechy said in a telephone interview on Saturday. “But I doubt they gave it any importance.”

“I stumbled on the videos, and saw the way he was threatening people, calling them shit, saying he was going to kill Mexicans, cut off their heads, and I thought he was a dangerous person, so I felt the need to report it. It’s my duty as a citizen,” he said. “There are videos that show him giving babies the middle finger, throwing coins at an old woman in a grocery store, hitting another elderly lady inside a bank, and stepping on children’s lunch on the beach.”

As for the incident that ended one young man’s life on Friday night, Rechy said, “It never should have happened.”

“The police arrived at night, but left saying they couldn’t do anything because the man was locked inside his home,” he said.

Later that night, “about half an hour after the lynching started,” when the riotous fighting was well under way, the police finally returned with backup. But by then the situation had become unmanageable.

The National Immigration Institute said in a statement that it would seek his repatriation back to Russia as soon as his legal situation in Mexico is determined.

But, Rechy noted, “None of this would have happened if they had just taken notice when I asked them to.”

“That boy would still be alive,” he said. “Unfortunately, this is a national problem in Mexico—the lack of authority, and the authorities’ inaction. I hate to say it, but we are used to corruption here in Mexico.”

“There just isn’t any trust,” he said. “People prefer to take justice into their own hands than deal with authorities. That’s how this works.”