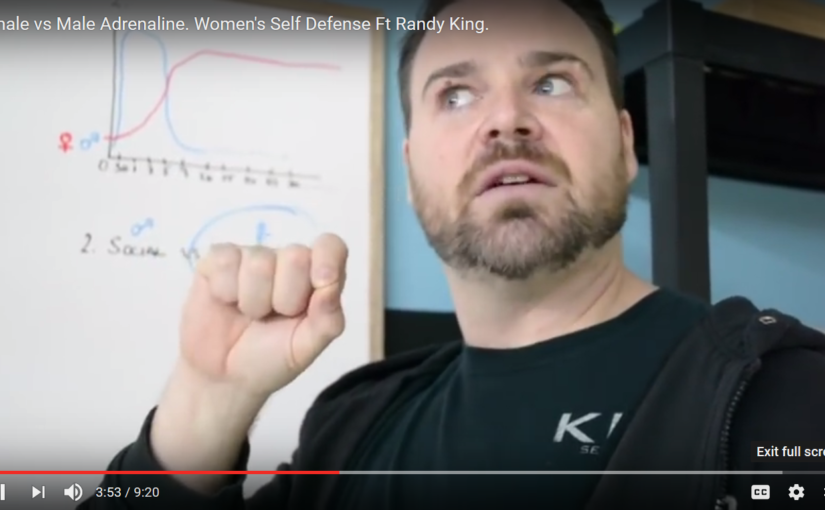 Another thing that commonly bothers me, all the time, when I’m teaching self-defense seminars, going to train with other instructors, reading articles in Black Belt, or looking at blogs online, is people assuming the person attacking you is unintelligent at best. So, you’ll hear advice like, if a person has a weapon, they’re probably going to concentrate only on that weapon, and they probably won’t transition from that weapon. Or if a person’s kicking you, they’re probably going to kick you, if they’re punching you they’re going to punch, if they’re grappling, they’re going to grapple.

I found in real life, and as I’ve said multiple times, fighting is high speed problem solving, it’s as simple as that. It’s just the ability to solve problems during whatever encounter you’re in. So, I’m being attacked, somebody’s punching me, if I can punch and they can punch, and the person’s punching faster than I punch, I’m probably not going to continue to punch that person and not try and transition into a grappling phase or a weapon phase or something else.

I don’t like the mindset of okay, if a person has a knife in their hand they’re going to only focus on the knife, they’re going to keep trying to drive the knife into you, and if you get control of the weapon they’re not going to try to turn or wrestle or take you down or transition into another weapon set or hurt you in any other way than with that weapon. Too many skill sets, too many people rely too much on stopping the weapon, not stopping the attack. The attacker is the problem.

Every time I’ve seen a real fight, every time I have been in a real street fight, any time the person is losing they will change their tactics. So if a person’s wrestling me and I’m out-wrestling them they’re going to start punching me, or they’ll flee, or they’ll transition into something else. If you assume that because your instructor tells you that this is how violence is and that because they have a weapon they’re definitely going to keep using that weapon against you at all points in time and not focus on anything else, you are living in a crazy world. It is impossible to tell what anybody’s going to do in any situation, under the duress of adrenaline, fear, anger, whatever substance might be in their body outside of the natural ones. You cannot predict what’s going to happen … there’s patterns, there’s different thought processes and skill sets but definitely there’s no always. Using the word “always” in combat is just insane. So many things change so many times: the environment, the person, yourself, you might get hurt or slip, luck is a huge factor in this as well, we mentioned the four different factors in fights.

When you’re doing any weapons training, when you’re doing any training in general, your training has to have a place where the bad guy can correct. We have a rule here which is never correct your attacker – the attacker is never wrong. You can’t say “oh I don’t know that one” and not problem-solve the situation.

Looking for new ideas, training methods, and educational resources? Sign up now for the CRGI Digital Dojo and get access to tons of videos, articles, podcast and other fantastic resources.