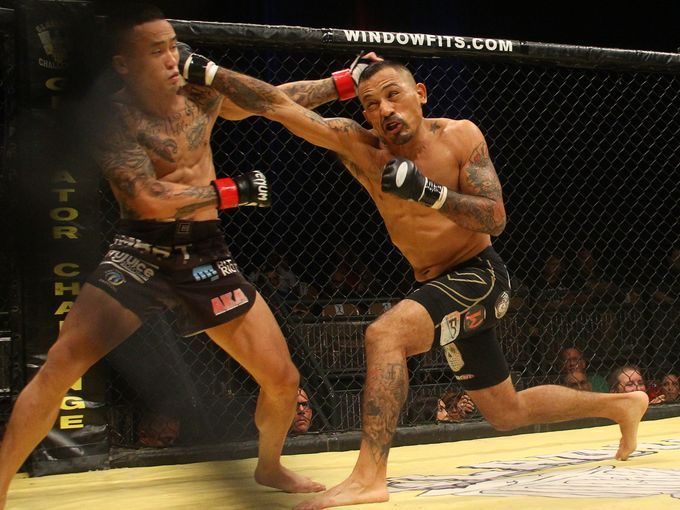 The reality-based self-defense world and all of the people teaching self-defense and commando kill style, all keep saying, keep harping on the fact that mixed martial arts fighters wouldn’t last a second in a street fight. You see it on all the forums, all the Facebook pages, everyone’s always ranting, “oh my ninja style would destroy you”, “my Krav Maga would destroy you in this situation”. This is so ridiculous to me, I can’t stand it. The point of the rants is for me to vent on stupid shit mostly that I see on the internet and this is definitely one of them.

Mixed martial artists are athletes. They are professional athletes that fight with the best in the world all the time. Are all of their skills transferable? No. Are some of the skills transferable?  Yes!  If I am in better shape, can hit harder, last longer, kick harder and take more damage than you, am I going to win the fight?  Yes!

People who train twice a week who think that they can go out there, after whatever their instructor tells them and thinks they can take on the biggest meanest neck tattoo-iest mixed martial artists, are insane!  These people are conditioned athletes who put a lot of time into this, this is their career for most of them. They cut weight, they train hard, they train for, some of them will train, in one day, longer than a lot of reality-based self-defense people will train in a week to two weeks. And they train longer than a lot of police forces require their cops to train for a whole year. They get that in a week. They prep for fights, they’re always in constant camps, they’re always constantly watching what they do, improving their technique and their fighting, the best people around them.

In a fight, reality-based self-defense people had better be using the plan A for reality based self-defense which is get the hell out of there. If he’s bigger and stronger than you, as I’ve mentioned in multiple rants, he’s going to have a distinct advantage. Now take a high level of training, you’re in trouble. Even if they are training in the worst MMA gym in the world. There’s a whole bunch of good ones, but even if they are training in a crappy one, with a fake instructor with fake credentials, who has glamour-ed them and talked to them about how awesome they are, if you’re putting in three hours a day sometimes in any system, you are going to be good. You’re going to be able to take a hit, you’re going to be able to move, you’re going to be able to take the fight to the place you want it. They’re able to transition faster than most people, they can stand up, they can take down, they can put the fight where they want, which gives you a huge advantage in the street.

Yes, probably if there’s a weapon involved they’re going to get hurt. Are they going to lose because of their training? No!  If I knock you unconscious because I have a wicked right hand then there’s no way that person’s knife’s going to be able to stab me as they’re unconscious.

Stop using this sport combat thing like it’s not real. It is real, there are rules, yes, to protect the fighters, so they can fight again, and gain more experience. I’m not saying run out and join an MMA club, I’m not saying stop teaching what you’re teaching, I’m saying stop saying stupid stuff to your students to make them feel invincible against people that literally get punched in the face all of the time.

Looking for even more resources from some of the best in world of self defense?