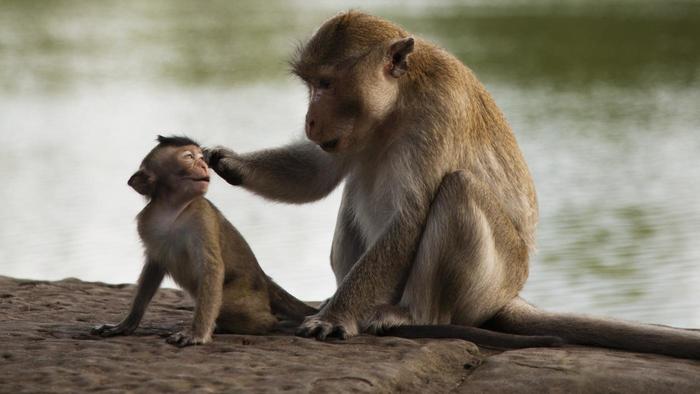 Everybody loves when the underdog defeats the bully. But what about when you are the stronger or more skilled one? How do you justify beating someone else senseless? Well, you go with the next best thing. You claim the recipient of your beating deserved it. Now, all is right with your world. You were just teaching a much needed lesson to a misbehaving cretin.

Using Rory Miller’s terms for types of social violence, you were not engaging in a Monkey Dance, you were just administrating a much needed Educational Beatdown.

The internet is filled with videos of one person beating another to a pulp. When one of the commenters sides with the Victor, he or she will typically justify the beating with various claims such as:

In order to really feel good about the beating, it needs to be established that the Victim had it coming to him or her. The above four methods show how people justify their support for the use of force, including excessive force. Once they can establish in their mind that the Victim deserved whatever he or she received, they can enjoy the beating without guilt. In their minds, it’s not that they are racist, bigoted, or sexist, they just want to see justice served.

Instead of using your Human/rational brain to evaluate the violation (real or perceived) and formulate the best level of response, your Monkey/emotional Brain jumps at the chance to teach someone a lesson. But in order to teach someone a lesson, you also need to have the Means and Opportunity to do so (as in Intent, Means, Opportunity). The greater your advantage (Means) relative to the recipient of your lesson, the more incentive your Monkey/Ego has to want to use it.

When people talk about “how cash burns a hole in your pocket”, they are talking about how the simple act of having available money in your pocket means you feel the need to spend it. Cash is the Means that drives you to seek the Opportunity to spend it, even if your original Intent to purchase was relatively low. Your Monkey wants you to spend the cash, even through your Human/rational brain knows you need to spend the cash on your rent and groceries for your family.

Let’s assume your Monkey wants to give out behavioral lessons to those it feels deserve them. Your Monkey needs to have three things:

The combination of Intent and Means is the “cash” in your pocket. Now, you only need the Opportunity to spend it. The higher the magnitude of your Intent and Means, the more likely you are going to encounter an Opportunity to provide a lesson to someone. Another way to look at it, is that you have a “chip on your shoulder” and you are just waiting for someone to knock it off.

Let’s say you carry a weapon and/or train in “combative arts” for self-protection. Weapons and skills are effectively force multipliers which provide you with a greater magnitude of Means. If you also happen to be the kind of person that habitually,

then, it is likely, you are predisposed to wanting (having the Intention) to give a person in this group a lesson. And you will jump at the first Opportunity to do so.

Your Monkey/limbic brain is only concerned with the here now. It is not concerned with the consequences of its actions. It doesn’t consider that the consequences of “giving a lesson” may be that you go to prison, and/or spend thousands of dollars in legal fees, and/or you are seriously injured/killed, and/or you seriously injure/kill “your student”, or you become a victim of a revenge action by “your students” friends and family, and/or some other undesirable consequence.

Now you are faced a paradox. You carry a weapon and/or train in the combative arts as a way to keep yourself safer. Yet, in fact, these actions actually have the effect of subjecting you to more risk of destroying your life. Which, in effect, puts you at risk.

Another would be to reduce your tendency to engage in the blaming/othering/fearing/stereotyping certain of groups of people. That requires acknowledging and taking steps to lower your implicit bias against said groups.

In other words, sometimes the biggest threat to your personal safety is you.