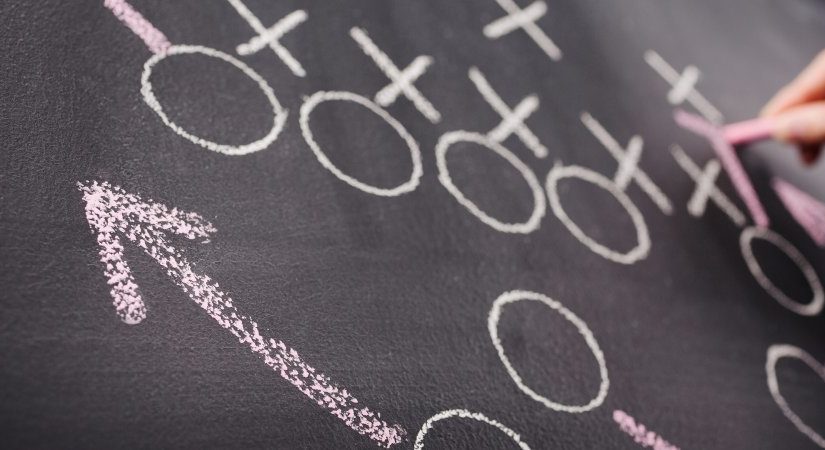 There are seven natural ways for living creatures to deal with conflict and danger: Freeze or Hide; flight; fight; posture; submit; hunt; and gather intelligence.

Everyone has heard of the “Fight or flight” response. The supposed animal response to immediate danger. Biologists call it fight, flight or freeze. That’s not the natural order, however. Generally animals freeze when confronted by a danger, only flee when freezing fails and only fight when flight fails.

1. Freeze or Hide. One of the best strategies in the natural world is to never be noticed by the things that might want to eat you. Predators key on motion, so freezing is a natural reaction. Freezing is often presented as the bane of self-defense instruction, but it works a large percentage of the time. There is a reason why it is still the first instinct when surprised or overwhelmed.

In the natural world, hunters see motion. And predators, whether human or animal, often have an instinct to chase the things that flee. So, in nature, the tiny spotted fawn relies on stillness and natural camouflage to not be seen by the coyote. In the modern social world, freezing often works. In a social challenge, sometimes one of the participants will freeze. Under the freeze, the person doesn’t say or do anything that would give the other the social excuse to attack. It works. In property crimes, there is rarely a reason to injure a passive victim. Freezing works.

Until it fails, and then it fails catastrophically.

Freezing is often involuntary. Hiding is the conscious corollary. Hiding keeps the predators from finding you. Until they do. Again, hiding works until it fails and then it fails catastrophically. This is one of the dangers of “lock down” policies in schools. If there is an active shooter and all the kids hide in a locked room they are safe. Until the shooter decides to kick down that door. Then, well, there is a reason why “shooting fish in a barrel” is a cliché.

2. Running is the second natural strategy. In prey species it tends to trigger only after freezing has failed. And it can trigger in you as well. When you are stalking people or scouting, it can sometimes take immense will not to break and run when the enemy gets too close or is looking right at you. Sometimes our own instincts make the freeze fail.

In self-defense, if you have no duty to act, getting out of the danger zone is almost always a good idea. Run early and often if that option is available. The biggest inhibitor to this good choice is our own egos. Someone too proud to run will get stuck with the third natural strategy, the fight.

Freezing is a zero-cost option. When it works, there is no downside to it. You are not harmed, you haven’t expended energy. Running is a very low cost strategy. When it works, you’ll be a little out of breath, but there are no other costs– no injuries, no paperwork.

But, like freezing, when running fails it tends to fail catastrophically. When you are caught, you will have your back to the threat and most people, psychologically, can do more damage if they can avoid seeing a face.

3. Fighting. In nature, fighting is the last option. It has the highest cost and is the least certain. Fighting is the worst option in almost every case. It’s losses will be catastrophic, but unlike the previous two, fighting also offers the possibility of a catastrophic win. You may prevail, escape and lose too much blood to survive.

Fighting is a valid option, but a poor choice. If it is all you have left, fight with everything you have. But if you have time to think of another option, take it.

Freeze, flight and fight are the defaults outside our species. If a tiger came in the door right now, you’d freeze. If he advanced anyway, you would run. And when he caught you, you would fight with desperation.

Within our species, we have different strategies– Posture, submit and negotiate. There are some crossovers, in that certain people will run or freeze or fight when presented with a social challenge. And people have used or tried to use posturing, submission and negotiation outside their species.

4. Posture is the attempt to get the threat to back down by looking big or mean or dangerous. In a Monkey Dance you will see both fighters square up and get up on their toes, trying to look as big as possible. The appearance of size may decrease injury by heading off violence and the poor base decreases injury should the encounter turn violent.

For the most part, in any serious conflict, you are trying to break the other person’s will, not their body. Posturing is designed to do that without injury. It is the essence of the “Presence” level of force as described in “Scaling Force.”

Posturing is part of the threat display and usually a sign that there is little immediate danger. It is completely incompatible with hunting and the hunter’s mindset (see below). Even in nature, predators try to NOT be seen.

Occasionally, posturing does work cross-species. Being big and loud, moving, especially rhythmically and in groups, tends to frighten away dangerous animals.

Posturing can be successful, and can fail. When it fails, the consequences can range from mild to catastrophic. I have postured (as a 5-foot, 95 pound sixteen-year-old) on a group…and they responded by laughing and leaving. It is also possible to posture and trigger an epic punishment: beating, rape or murder.

My personal policy is rarely to posture, only when it has a good chance of preventing a force incident, and never to posture without the skills to back it up. Bluffing is dangerous. Getting your bluff called in a violent situation can be deadly.

5. Submission is acquiescence. Sending a signal that you are no threat. It can range from passive to truly groveling. Like fighting, even the wins can be catastrophic. This is hard to write, because our society has so fully indoctrinated people to the idea that violence (fighting or hunting) is evil, that… welll, I’ll just straight up say it:

Without that, as a group, slavery is the best of the possible results of submission.

Understand that sometimes the cost of refusing to submit is death. Don’t ignore that. But sometimes death is the cost of submission as well. And in some cases, death is far from the worst option.

Submission, as a general strategy also has two bad long-term effects. The first is that submission becomes a habit. Some evil people are careful to cultivate the habit of submission in their victims, punishing any attempt to take a stand while rewarding signs of obeisance. Soon, victims become victims down to their core.

The second effect is that submission encourages exploitation. Tactics of non-engagement or appeasement empower the vicious. Man, as Maslow pointed out, is “the perpetually wanting animal.” Giving a bad guy what he wants does not decrease his desire, it merely emboldens his actions.

There are two other strategies that need to be discussed.

6. The first is simply walking away. It is flight without fear and disengagement without submission. Immature and stupid people see walking away and running away as the same thing. Experienced operators walk away from every fight they honorably can. It’s not a game, it’s not fun and there is always the possibility of dire and unpredictable consequences.

7. The second strategy is negotiation. It is the basis of the modern world, whether political discussions or trade. If there is one thing that has increased the possibility of peace, it is the fact that we can get things that used to be won in battle– land and goods– by trade, and do it more safely. And trading partners are more efficient at making our lives better than slaves. Trade, capitalism, commercialism, whatever you want to call it, has done more to make peace possibly that all of the altruism and activism in human history.

Negotiation has become so successful and prevalent that many people assume it is part of the natural order of things. It is not. It is a human innovation and takes will and foresight to work. It works because the alternative is force. If one side of a negotiation has no line where they will be pushed to force, it is not a negotiation but merely a drawn out, formal, act of submission.

If both sides cannot imagine a mutually beneficial outcome, if, for instance, one side’s definition of a win is to see the other side broken, bleeding and begging (or dead) there is no “win-win.” In that case, negotiation is futile, unless you use it as a ploy to buy time to prepare for the inevitable.

There are two other natural strategies for dealing with conflict: Hunting and Gathering Intelligence.

8. Hunting is the most pro-active of the strategies, in my experience the most effective and often the safest. If and only if it is badly bungled will it turn into a fight. What is hunting? In this context it is giving the target absolutely no chance to respond.

You gather your resources, choose your time and place and execute. You give the target as little warning as possible. Slaughtering a steer, hunting a deer, sniping, or putting someone on the ground and cuffing him while he is still deciding to resist are all examples of hunting.

This mindset is very difficult for amateurs. Their default is to think of hunting and fighting as the same. They are not. There is no element of game, sport or contest. You do not fight, you execute. And a hunter will take a fighter almost every time.

9. Gathering Intelligence is unique of all the strategies because it can be combined with any other. Freezing/hiding and gathering intelligence is the essence of scouting. Every second of a fight should be giving you information about your opponent.

Unlike any other strategy, there is no failure, no downside to knowing more about what you face. Learning should be a basic default of life.