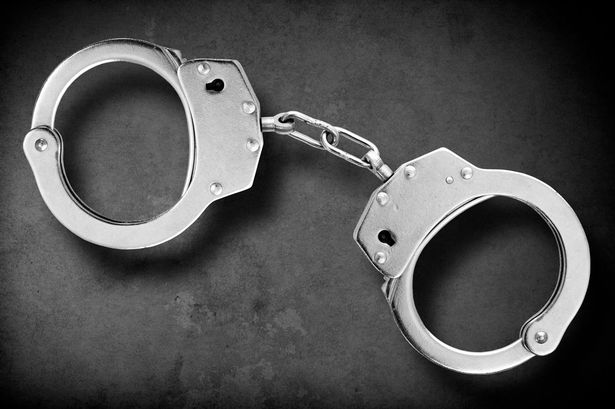 “Sensei Why Do You Have Handcuffs on?”

It was my children’s class and I had both handcuffs on one wrist.  As children arrived for their class over and over I heard “Sensei why do you have Hand cuffs on?”

But of course the children were curious. My old friend Kevin Smith had just left after telling me about his new job as Defensive Tactics Instructor for York Regional Police services.  He was showing me a new handcuff technique when he got a call and had to leave. It was then he realized he didn’t have his keys for his handcuffs.  So I had to teach my children’s classes with both cuffs on one wrist.

Kevin and I had practiced Jujitsu back in the 70s’s and had remained friends.  He stopped by to tell me of his new job and asked me what I was up to.  I explained that I had developed a Shoot Wrestling Program he responded “coppers could really use this”.

Kevin returned several hours later with his handcuff keys.  Kevin then mentioned that he had a  new partner he couldn’t choke out.  I suggested that he and his partner stop by for a class sometime.

Kevin returned for a class with his partner Keith and a few Use of Force Instructors.  It was during a daytime class over the summer holidays so I had children and teens on the mats.   I could see the puzzled looks on the officers faces as they came in to work out.

The looks on their face quickly changed when I said let’s start with chokes.  Kevin you start with one of the children over here and I’ll start with your partner Keith.  Well, soon all the Use of Force Defensive Tactics Instructors were tapping like a bongo players on the mats.

Several days later Keith and Kevin invited me to critique the new York Region Use of Force Program. With my observations they changed their program and invited me to a National Use of Force Trainers Conference.  After attending the Conference, I was asked to put a lesson plan together and Police Services from the Greater Toronto Area came together for my first class of the Tactical Control Systems I was about to create.

Little did I know that it would lead me on a path to instruct Customs Agents, Corrections Officers, Department of Fisheries, the Senate Police Force, and Police Services from Toronto to Vancouver. Being a civilian in a Law-Enforcement world I had a lot to learn.  Disengage, create distance and go to a higher level of force was my first learning curve and perhaps I could share some of my ideas and dynamic simulations with you today.

Arm drag is a classic move in the Shoot Wrestling Canada Program. Testing the arm drag in combative games like Uproot the Tree and Sumo Wrestling are a great way to gain practical experience.

The arm drag allows you to get behind your opponent and for law-enforcement you are able to disengage, create distance and go to a higher level of force.  Or in a civilian self defence setting escape and live to tell the story.

Wrestling Games to Challenge the Arm Drag  (Also, this is a  great cardiovascular work out)

Try each game in 3 minute rounds, the average work out is 3 rounds.

Sumo Wrestling – One person tries to push the other out of the circle.

Note: Use the Arm Drag to get behind your partner either leave the circle or push your  partner out of the circle.