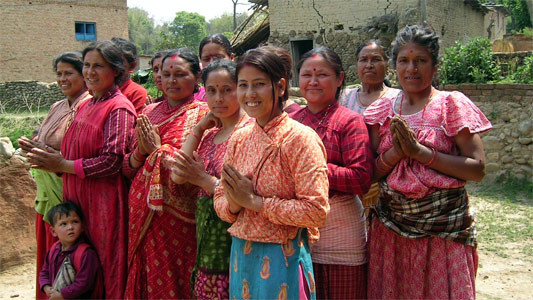 Overview of Violence against Women in nepal

Like in many other developing countries, in Nepal violence against women is one of the key factors responsible for the poor health of women,  livelihood insecurity, and inadequate social mobilization. The extent of gender-based violence in Nepal is extremely high.

Women and girls in Nepal are exposed to a many of forms of violence. Experimental studies in Nepal have documented the prevalence of sexual violence suffered by 12% to 50% of women (Deuba et al 2005, Puri et al, 2012). Violence against girls and adolescents is quite predominant in Nepal. A recent study, Sexual Violence Assessment in Seven Districts of Nepal, found almost one in ten girls (9.8%) reported experiencing sexual violence. Thus, gender-based violence is a serious issue that requires serious attention and a comprehensive solution.

Physical violence is also predominant. About 22%, one in a five women ages between 15-49 years are found experiencing physical assault in Nepal (source: Nepal Demographic and Health Survey, 2011).

IS THE PHYSICAL VIOLENCE PREVENTABLE?

The answer is Yes. It can be, if the potential threat is identifiable.  If one is trained to identify potential threat or to recognize the threat, it’s possible to prevent from being attacked. But if one is equipped with certain techniques of self defense than chances are extremely favorable that one can defend attack and easily escape with no harm or damage been made.

Apart from training to civilians, elite groups, professional securities and martial art students, training to Female groups on personal protection and self defense at RSD is highly regarded.

At RSD we design the trainings which constitutes simple, doable, effective techniques which are practiced in an environment which imitates the real scenarios of physical assaults and domestic violence.

personal protection and self defense training To Female  ?

When you look like a victim, you tend to become one! In contrary when you walk with confidence and show no fear in your face, the assailant tends to think many folds before he/she attempts for ill intention.

It has become inevitable in today’s world to learn the art of self defense – both the threat and fight management skills. The cruel reality that someone with no known reason attacks, assaults, stabs, attempts to murder has no defined norms, guidelines, standards or laws that allows us to prepare for those circumstances. There remains no other way to protect oneself, protect one’s family, property and friends, than getting prepared to fight back with the given situation, which is unforeseen.

On the occasion of World Women Day, March 8, 2015, RSD Nepal organized a self defense training for 120 females. Training was participated by school & college girls, working women and housewives. The training was organized with the aim to disseminate knowledge on both the threat management and fight management. The real scenarios were discussed, visualized and rehearsed during the training.

The only way out to manage with the unpredicted situation in the street, homes, public places, dark areas, might be is to get through the training  course on Personal Protection and Self Defense. And there is no other substitute for it, only Training might help prevent damage, and might even save the only life we have!

About the Author: Bikrant Bikram Chand, Founder and Chief Instructor of Real Self Defense.