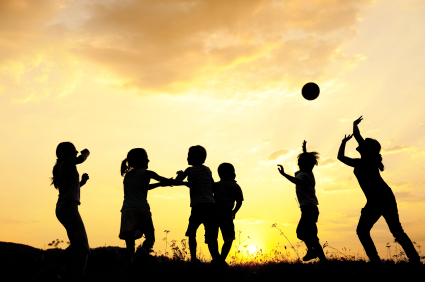 Rape is one of the most devastating personal traumas one can experience. Many victims feel as if their lives have been shattered and that their psychological and physical privacy has been invaded. The emotional scars last for months or years and sometimes never heal.

A great deal of information is available on rape and rapists but the fact is that rape affects the younger generation far more than mature adults. In South Africa, an average of one in three women is raped before the age of twenty five. For this reason, we need to focus our education and prevention efforts on teens and pre-teens.

A large contributing factor is that we teach our children to respect other (especially older) people. This leaves them vulnerable to predators, many of which are family members or friends of the family. These predators don’t randomly choose their victims; they manipulate and test their potential prey thoroughly before making their move. Often, they chose a child or teen who is a loner or has low self esteem and they begin to “groom” them. The predator makes the child feel special by giving them little gifts and telling them secrets and once comfortable that the young person is not telling anyone they will commence the abuse.

The “touching” usually starts as a game so that if it is reported, the perpetrator simply brushes it off as a joke. The relationship becomes important to the child, which strengthens the “no tell” message that they receive from their molester.

Of course, once the young person realizes that they are in a bad situation, the predator has made them feel that they (the victim) are responsible for what has happened, which makes it even more difficult to tell anyone about the abuse.

Grooming is just one of the most common ways in which rape occurs. Once a rapist has found a way to get away with his (or her) crime, he will use the same formula again and again – there is almost never only one victim. If the rapist is found out, the family usually will chose not to expose the crime because of the shame and so the abuser simple picks another victim.

In the case of children and teens, one of the best ways to prevent them from falling prey to an abuser, is to teach your children how to be assertive and set personal boundaries. Strong personal boundaries make it very difficult for a predator. A simple way to teach a young child about personal boundaries is to tell them that we are all the boss of our own bodies and let them know that that they do not always have to accept a hug or a kiss from a relative or friend if it makes them uncomfortable. Assure them that they will not be in trouble if the friend or relative comes to tell on them.

Roll play with your child so that they know exactly what they are going to say and do. Let them know that if anyone tries to touch them in any place that they swimming costumes normally covers, that they are to come and tell you immediately.

You can also assist by scrutinizing the adults and older children that your child interacts with to make sure that their interaction is appropriate to their “job roll”. For example, a music teacher’s roll is to teach music. It is NOT their job to take your child to the movies or ice skating, remember that these predators look for kids AND adults with weak boundaries.

Instead of trying to find a “one size fits all” way of preventing rape, we need understand the various ways rapes occur and look at our individual vulnerabilities and how to mitigate the risks to which we are exposed.