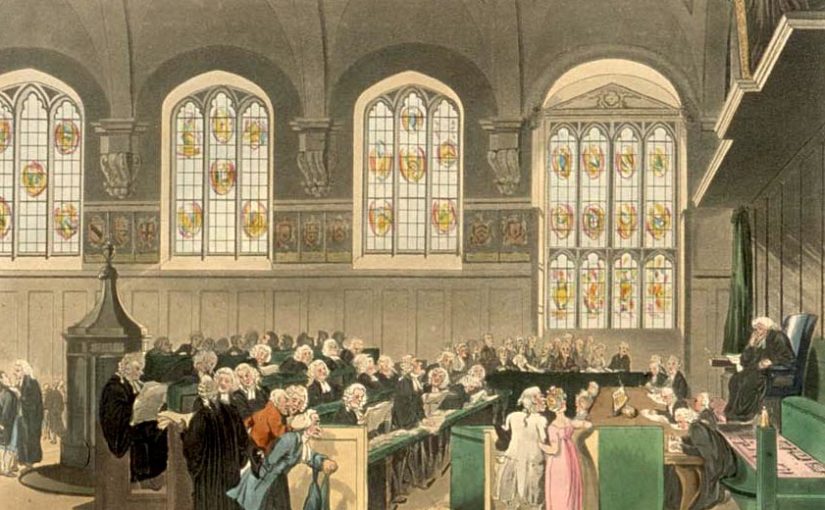 As a species we have evolved into the most rule governed of creatures. The other night my wife brought a couple of books home from work to check something for a case she had in court the next day, they were about 4 inches thick and heavily bound, Wilkinson’s Road Traffic Offences, 2 volumes full of complicated laws and this is just for traffic offences. I dread to think how vast a library is needed to house all the laws that govern life in the UK or any other nation for that matter. Then there is a whole industry that has grown around creating, maintaining and enforcing these laws.

All these laws have to be created and there are tens of thousands of civil servants, consultants, specialists in a cornucopia of industries and trades, academics and researchers too. Just think how many jobs are dependent on enforcing the laws, security personal, law enforcement officers, probation officers, solicitors, judges, prison officers. For all these people crime creates work, without lawbreakers what would we do.

Here we are talking about the the constitutional, civil and criminal laws that constitute the legal system in complex societies. These are rarely fixed but continually evolving as society evolves. A few years ago we knew little of drones, now drones are everywhere from the battlefield to the local park and so we need new laws to define how they can be used, who by, where and within what parameters. Then these new laws will need enforcing, we, I talk about the UK, have millions of articles of law on the statute books already, new laws are being introduced at a rate faster than we can get rid of old or out of date ones. There are so many laws they cannot be policed, it is impossible to police them all but we keep on thinking up new ones.

People break laws on an almost daily basis, look around, bet you see someone driving whilst using a phone, smoking in a company vehicle, parking illegally, using drugs illegally, I could go on. All around us crime is happening and nobody is doing anything about it. Most people will agree that for complex societies to function we need to have a legal framework, but most people will only obey the laws they want to obey and will ignore the ones they choose to because the odds of getting caught are slim.

Rules are not laws but also regulate behaviour, rules provide for a regularity of behaviour. Rules are social instructions that provide a framework for acceptable behaviours in social life, they are complex and evolving like laws but rather than imposed and enforced externally they are learned through the process of socialisation and internalised. In a narrower sense rule following is the production of a regularity in a person. They can choose to do other than follow the rule, they can exercise free will, but generally conformity is the easier route.

As a species we just love rules, our love of rules evolved with homo sapiens as they evolved biologically and culturally. Our early ancestors in all their primitive glory would have roamed the African savannah in small groups similar to troops of modern baboons, in simple societies simple rules will suffice, but throughout the millions of years of evolution our relationships with one another and with our world brought about many changes, some small but some vast and as bigger and more complex societies developed so did the need for more and more rules.

There are billions of interactions between billions of individuals every minute let alone everyday, rules and laws regulate these interactions on different levels, none of us even know how many rules we know or how they arose. Listening to the radio as I was ‘working’ earlier there was a guy on talking about etiquette, apparently you should keep three sets of bedding for each bed in the house, one in use, one ready for use and usually one in the wash…… Sounds good but we have 3 double beds and one single, that’s a lot of bedding.

I have been thinking a lot about this lately whilst watching our little dog Bertie. He is a cute little fellah but when we first got him when he was 8 months old, he used to shit and pee in the kitchen at night, he often stole socks and pants and chewed them, slippers were not safe with him around nor was toilet paper and an annoying habit of disappearing for ages whilst on walks.

So we gradually had to educate him on what we expected as appropriate behaviour, well it is not rocket science, we used the carrot and stick method, rewards with lots of praise when he did good, stern voice when he did bad. Fast forward a year later he is brilliant on walks, still running around sniffing everywhere but keeps an eye on where we are, we wake to a nice clean kitchen, he barks at us if he wants to go in the garden, rarely chews anything and he loves to play ball and he sits and waits next to his food until we give permission for him to eat. He is even cuter than before and he will tease to get attention. Whilst I work he curls up and sleeps in his bed.

Using the right tactics worked with Bertie, he cannot read because he is a dog, but he learned the rules. Tone of and volume of voice, gestures and facial expressions are associated with desired behaviour and the dog learns through repetition as he likes the praise and the treats and dislikes it when he is told off and ignored. As I said its not rocket science, a dog is a pack animal, Bertie just wants to be with the pack and has now found his place in it. He has been socialised.

He has internalised the simple set of codes necessary for him to be part of our society, he now understands, albeit in a simple fashion, the rules of the house. He knows life is good when he sticks to them and to all intents and purposes he has internalised the rules. We often do not need to command now as he knows by our behaviour what is about to happen and adapts his behaviour to suit. He predicts what is about to happen and the behaviours he has learned kick in.

Bertie is a primitive being living in a simple society. His socialisation emphasised the carrot over the stick, the process was probably a little more brutal for our ancestors millions of years ago. However subtle the process of socialisation it is a process of enforcement, it is where we begin to regulate behaviour be it in dogs or people.

Socialisation, often called acculturation, is the process where the culture of a society is transmitted to its children. This begins at from birth and teaches individuals to conform with the demands of social life and to inculcate the rules of their society. Primary socialisation takes place during childhood and largely within the family, whatever form that takes, and as the child is exposed to outsiders, the media, formal education, peers they begin to experience secondary socialisation into the wider world.

We sapiens exist in social groups and networks, we are social animals, we need to learn how to belong to and be accepted into social groups and networks and socialisation is the process that facilitates this. Where the process fails we end up with asocial people and the most obvious examples are feral children. “A feral child (also called wild child) is a human child who has lived isolated from human contact from a very young age, and has little or no experience of human care, behaviour, or, crucially, of human language. Some feral children have been confined by people (usually their own parents. Feral children are sometimes the subjects of folklore and legends, typically portrayed as having been raised by animals.” https://en.wikipedia.org/wiki/Feral_child

Here the exception proves the rule as having been denied socialisation they have been denied any reference to how humans behave and hence lack any social skills, feral children are rare but the examples I have read about make Bertie look like a sophisticated being.

We are not taught how to socialise our young, we just do, so within a society that has become complex and many social variables exist so will the process of socialisation vary too. Think about the society you live in and the many cultures and sub-cultures that co-exist within it. Social reproduction is necessary for the longevity of a culture but cultural harmony is a myth that occasionally erupts into hate between different sub-cultures but that is for another day.

For now we need to understand the subtlety of enforcement through socialisation as it is far more cost effective for there to be a policemen inside our own heads than one on every street corner.

In order to navigate our way through social life successfully we move in and out of multiple roles a day, each role will be performed in a different setting with its own hierarchy and rules, to do this the human mind has evolved into a super computer capable of millions of independent thoughts, programs and simulations that it runs constantly. The ability to imagine different actions and outcomes and predict possible futures is a skill our species excels at. We know the rules, we can choose to break them, whether we do will depend on the chances of somebodies ability to enforce the rules, social sanctions like not being respected are a problem but being deprived of our liberty and even life can be on the table.

Variety is said to be the spice of life but beware the danger of externalising your set of laws and rules out to the rest of the world, what is sacred to your tribe may be profane to another tribe. We may share a common ancestor but we do not share common cultural practices, customs or beliefs. Human and social evolution have intertwined over millions of years, and over those millions of years we remained little more than intelligent animals, with the agricultural, industrial and technological revolutions there came massive cultural advances and the small bands that may have occasionally clashed over resources in the African savannah became capable of warfare on an industrial scale and beyond.

The veneer of social sophistication hides the deeply ingrained human ability to use violence as a tool. Despite all the violence is bad messages we are given throughout childhood and beyond we still see how those in power legitimise a monopoly of the use of violence in the name of social order and we acquiesce. Think of this the next time you step onto the mat, think of this the next time you feel anger when some driver carves you up, think of this too. Society is a social construct, much of it has no objective reality, it exists only in our minds, a little like the matrix, but if you are told repeatedly that what are abstract ideas and thoughts are objectively real you will come to believe it. That is the power of the process of socialisation in ensuring that the process of social reproduction is supported and enforced.