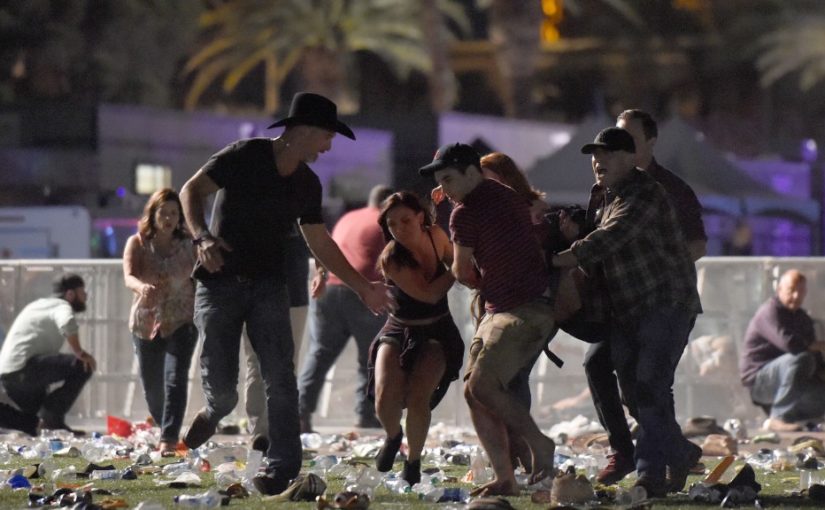 It has been an intense couple of  weeks since the largest mass shooting in modern U.S. history happened  in Las Vegas. Just one day earlier, here in my hometown of Edmonton, we had a “terrorist” attack.

Sadly, attacks like these are becoming more and more common.

It has been shown time and time again that when tragedy strikes, the scum seems to rise to the top. Whether that is people pushing political agendas, using tragedy to boost their own profile, or, in our industry, using this tragic time to make money.

Seconds after the mass shooting in Vegas, my Facebook feed was flooded with mentions of active shooter courses. A few minutes after the Edmonton attack, people here were promoting self-defense lessons.

Tragedy should never – I repeat – never be “good for business”. Anyone who is trying to make money off this situation does not deserve your money. Anyone that needs to use fear to fill their gym is shit at what they do.

No system on the planet has an answer for how to deal with a man with multiple high-powered weapons shooting from an elevated cover position … this would take out even the most well-trained and elite soldiers in the world. An ambush of this nature is survivable only if you are not among the first hit, and then by gaining as much distance as possible from the situation. Or, by not being there at all … which is of course just luck, and impossible to predict.

Anyone who is trying to sell you the snake oil that “their” training would have helped you is a liar, and is trying to profit from your fear.

This type of marketing has always made me sick, for two reasons.

Reason one – it is dangerous. You are selling a bullshit answer to a legitimate problem. A solution that, if people buy into your slick marketing campaign (which they do all the time), may actually get them killed.

Reason two – trading on fear makes the world seem worse, not better. If you bring people in who don’t want to be victims, and you try to retain them by constantly reminding them how scary the world is, they will stay victims. Or worse – they will become even weaker, and more likely to be victimized … all while you keep your clients scared in order to pay the bills.

I have personally been speaking out about this for a while … I have ranted about it on my YouTube page (KPCMartialArts). Being as vocal as I am, I have heard all the excuses! As you read this, bear in mind that I already know all your self-justifying tactics; the reasons why it is ok for you to do it (but no one else). So, let me squash those as well.

“Yeah, but … what I teach is important! It doesn’t matter how they get in the door!”

Wrong: It does matter. Our job in this field is to build up, not exploit. The ends do not justify the means here. If your stuff is really that good, don’t start advertising minutes after a tragedy – let your brand stand on its own and see what happens. If people call you, and you give them honest answers, and they come and train … then your stuff is good, and you didn’t have to be a slimeball to get new clients.

“I know it’s wrong, but it’s the best way to collect students.”

Wrong(ish): I will admit that capitalizing on fear is a great way to boost those numbers … but only temporarily. You then have two options to retain these fear-based leads: A. Make them confident and not afraid (which is your job) … but then you have solved their problem … and so they leave. Option B is to keep them scared so you keep them long-term, and if you are willing to do that … then please go back and reread this article from the beginning.

“What I have actually solves the problem though Randy!” / “My system is based in …“ / blah blah blah.

Wrong: You’re not special, and neither is your system. You are problem-solving the same way we all are. If you did your job, you’ve read the reports … and there was no way to stop that attack once it started. Same as the attack that happened here in Edmonton. I don’t care what mystical pseudo-religious figure founded your system – I guarantee that they don’t have a defense against getting hit by bullets or a large truck.

“Randy, you are wrong! The world is the worst it has ever been, and without Combat Krav Jitsu-do, we will all just be lambs for the slaughter!”

Wrong: Please consider figuring your own shit out before you counsel others. (Also, please remove me from your friends list.)

I’ve said it before, and I feel like I will keep saying it for as long as I have a platform to speak from. Stop. Using. Fear. To. Profit. We have enough problems in this world, so please don’t be one more.

One thought on “Stop Using Fear to Profit – Randy King”