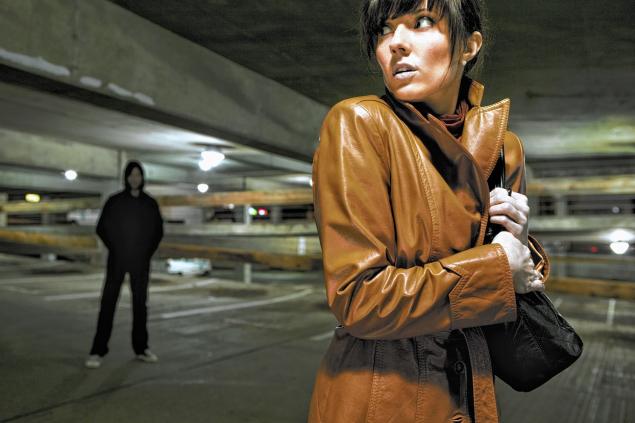 Erik: Randy, you wrote a great blog piece on why reality based martial arts instructors should stop using fear marketing to attract students. I think it makes great points and I have included it below:

Reality-based martial artists, stop it. Stop using fear-based marketing, you’re a bunch of asses. I cannot stand people using fear as a motivator to make people buy things from them. Why – why do you feel the need to frighten people all the time about violence when, statistically speaking, they’re probably never gonna see it? Why are you putting up reports from your local newspapers all over your advertising listing all the bad things that have happened, out of context?

So many things in there happen to people whose jobs put them in the line of danger, or those who exist in a world where violence is very common. It’s not “local housewife walks down to store and gets attacked” – which happens rarely, stranger danger being the least common thing yet the most commonly marketed method to get people into self defense gyms. It’s always “man stabbed three times by girlfriend” – yeah, that happened, but what was the context of it?  Taking something from one tiny little statistic and then using that to blitz a marketing campaign on social media, or on flyers, or in schools is low, and it makes all of us look bad.

If you’re not a good enough instructor to bring students in and retain them on your merits, if you have to scare the hell out of them to make them stay out of fear that when they leave your gym they will be attacked by random ninjas and vigilantes and rapists all the time … stop teaching!  Just stop – you’re not doing anybody any favors. If you need to keep people in by making sure they leave terrified, or you bring them in by making them terrified – it’s ridiculous.

There’s a difference between fear-based marketing and awareness campaigns for what is happening. We, for example put up things that are happening in Edmonton, where we’re based, but we put up the context of it, we put up the whole news story – not a sound bite. Stop jumping into sound bite Fox news lifestyle where it’s all about propagating fear and making everybody suspicious of everybody else.

(Stop hitting the panic button! Students who you bring in with fear campaigns will not stay!)

Yes – violence does happen. Usually it happens from people that you know, usually with that violence – to quote Marc MacYoung – it has instructions on how to stop it. “Shut the fuck up and leave” – you shut the fuck up and leave, you’re good. Usually, bad things happen to people in bad situations – they go to places they shouldn’t go, they don’t know the rules, they’re in the wrong spot. Rory Miller has a whole bunch of things listed in his book, Facing violence about this. But to use bad things to profit your own business to me is probably one of the dirtiest, most shameful things you can possibly do.

Erik: Some Reality Based Martial Arts instructors are just one category of what I call the Merchants of Fear. The Merchants profit when people are afraid. Sometimes the Merchants are motivated only by profit. Other times, they may be promoting a worthwhile social cause (stopping violence against women for example). But the end result is still the creation of a culture of fear.

One primary audience for the Merchants of Fear are middle class women who are either in college or young working professionals. This audience typically has the disposable income to buy products. They are coveted by media advertisers. They have the time and passion to support their cause of choice.

The Merchants benefit when it’s audience:

Some of the Merchants send out varying messages that evolve around the same general theme. All women are likely victims. All women are constantly being assaulted in one form or another. All women need this type of weapon, special training, or society to protect them. Scary statistics such as 1 in 4 women will be sexually assaulted are prominently quoted.

Suggestions that women have the natural resources/ability to defend themselves from assault in certain situations are sometimes denigrated as “victim blaming”. Some of the Merchants of Fear depend upon their target audience’s sense of victimization to further their respective businesses and causes.

Political candidates are increasing using the tactics of the Merchants of Fear to attract supporters.

Erik: Randy is there anything else you would like to add?

Randy: I have always found that there are two types of clients. Proactive and curative. The second group are training because something bad had happened to them. If you use fear based marketing, you not only rub their experience in their face for “not training sooner” (which is a giant pile of bullshit and you should know that!) you also run a huge risk of re-traumatizing them through your program.

The first group which thankfully is far larger, if you recruit them through fear, the only way to keep them is through the same method. You have to keep them scared, to pay your bills. If creating victims to scared to leave their home so that you get rich is how you roll…I hope that we never meet.