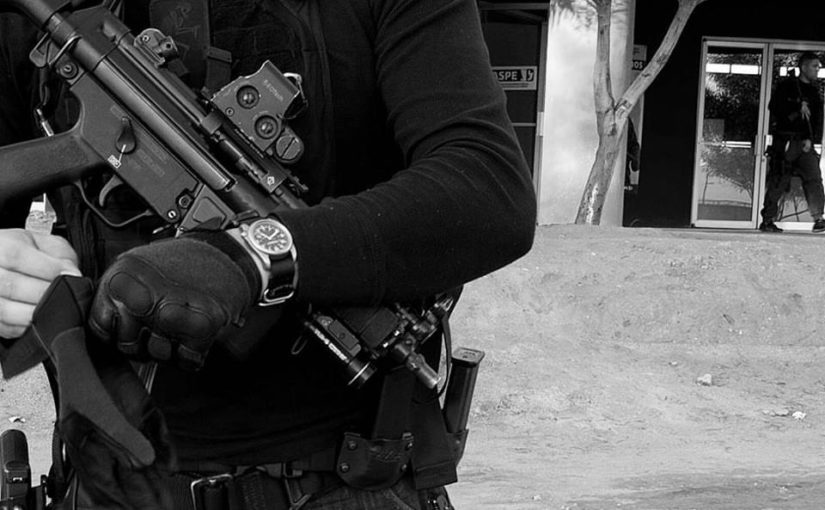 TT: What would you say is the main thing you want people to learn or realize through your teaching and writing?

That they are all capable of protecting themselves and others and that the more they educate themselves the more dangerous they become. It’s all about being a dangerous person for me. A creative individual. Thinking outside the box ….a criminal of purpose.

TT: What are the most important things you think people should learn in order to keep themselves safe?

I’d say emergency medical management is the best start to anything. Firearms, combatives, urban survival etc.. All of these need a base in this specific skill set. Start here.

TT: It seems a lot of people get hung up on having the best or most popular gear and equipment. What are your general thoughts on EDC, and is there anything specific you think should be a part of a person’s EDC?

I keep things simple and on hand.

-Counter Custody tools spread out on my person.

-A blow out kit in my backpack. ( this should be mandatory for everyone)

TT: Concerning EDC, you recently designed a knife with Tracker Dan. Can you give us an insight on the design, and why it took the form it did?

It came from conversations between us about preference. I like small Knives.. Very small. I am not at all dueling anyone so I prefer to keep things small and concealable, even when in hand.

The geometry of it is meant for stabbing, hooking and ripping. It’s meant for Pkal or scythe grip and is actually inspired by cock Fighting spurs and small bird beak fruit Knives.

It’s a very urban blade. It’s handle design comes directly form Tracker Dan, it’s a modified version of the one he has used on the Bloodshark knife for years. It’s a very useful design.
TT: I know there has been some controversy regarding some of the material you teach, especially the counter custody and anti-body armor elements. Can you explain why these are important in your teaching, and the environment you operate in?

Basically this material was formulated in a place where even the police abduct people off the street and ask for ransoms or work for the cartels directly. So there is a lot of counter police material in there. Sad part of life here. This is off course alarming to a US audience.

Body armor is common down here as well. Criminals use it all the time. So we developed ways of countering it that again … Are alarming to a Western audience. But it’s just a product of its environment.

TT: What is coming up in the future for you?

Going to be doing more seminars stateside, Asia and in Europe are also in my sights.

TT: If people want to learn more of your method/ideas, where can they look you up?

TT: Thanks for taking the time for this interview, are there any final thoughts you’d like to bring up?

Yes. Never let anyone dictate what works. Try it out yourself. Free thinkers are the most dangerous people on the planet. Stay dangerous. 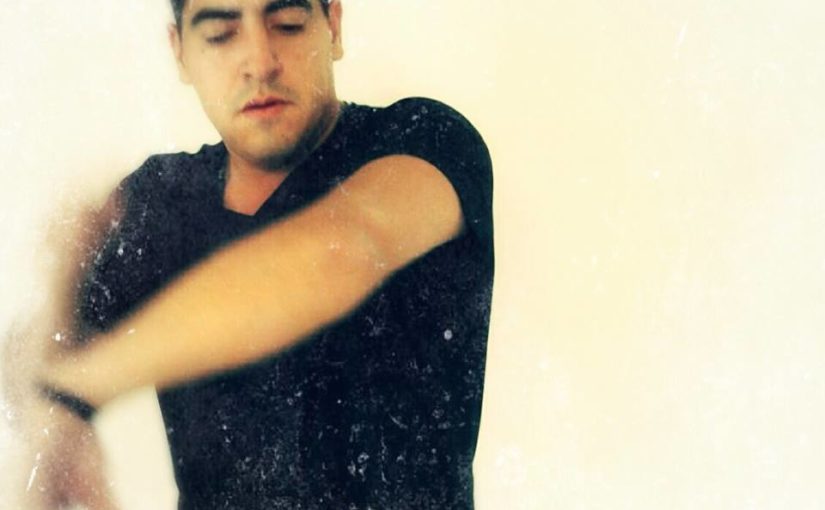 Ed Calderon is a security specialist and combatives instructor from Northern Mexico.

He is also the General Director for Libre Fighting in Latin America.

He has become popular through his FaceBook page, Ed’s Manifesto, and is a very accomplished teacher in unconventional self defense and security.

On a personal note, he is also my friend, and we collaborate and teach together, and I can not give a higher recommendation than I do for him.

TT: Hi Ed, can you please give us a brief bio and background for our readers that may not be familiar with you?

Sure. I was born in Tijuana Mexico where I grew up. Tijuana is a bit of a cultural diversity bomb so I was exposed to American popular culture from a very early age and it influenced me deeply. I had an eventful young life, and got into a lot of trouble growing up in such a place. I can’t complain about it, it truly was a  very free and wonderful place to grow as a person. It had good and bad things about it, all of them made me grow.

I spent a lot of time traveling throughout Mexico and in the US after I turned 18. Wandering a bit, with no clear idea about what to do with my life. After eventually coming back to my hometown of Tijuana for the holidays I saw an interesting article in the paper about a career opportunity in government work. That led me into over a decade of work in the fields of counter narcotics, executive protection and some crossborders work. During all this time, I made an effort to take any training opportunity I could get and learn what I could by observing and collecting case study material and any criminal methodology I came across.

I started take one the role of Instructor at an internal level within the operations groups I worked with. Seeing a need for edged weapons material for my group I went looking for methodologies I could fit into their training. I went around the block as far as systems that dealt with edge weapons. Finally found Libre Fighting System trough Scott Babb. One seminar with him and I was sold.

A year later him and me where training a few special police units down in Mexico and we started getting loads of after action reports and feedback from students down there. The violent climate in the region offered us a golden opportunity to actually field test concepts and material in a very real laboratory. Edged weapons, counter custody, urban survival, criminal methodology, reverse engineering it all started to come out of this cross border relationship between Scott Babb and my self. That was my start.
TT: What are your main combatives influences, and what makes them meaningful to you?

I have a base in Thai Boxing, this basically taught me how to move and take a punch. Honestly, the sparring element this has is a thing of value. This and it made me open my eyes to weaponizing elbows and knees.

Libre Fighting System’s basically gave me a very analytical approach to weapons and violence in general. We did not take anything for granted and tested everything against multiple opponents, adding Stress Modifiers, confined spaces, etc. Knife disarms were the first delusion this system killed in me. Libre gets more taken out of it each year. It’s constantly being streamlined. Each outing we teach in a new place, let’s us see different uses of Knives or criminal methodology that we then bring back, refine and see if it can be used for our own means. It’s an ever evolving monster. It’s a blade system coming out of the border region that has found its way in to Indonesia and the Philippines. I think this says a lot about it.

I was exposed to South African movement indirectly through Scott Babb that shared some of it with me, having previously hosted a Piper guardian for what was at the time one of the first seminars of that system in California.

I contacted Nigel February ( it’s founder ) and got a glimpse into some of its reasoning for being and what it came from. It really influenced my way of formulating my personal methodology and the way I move. The mentality it tries to instill in the practitioner is what I think is often overlooked in this specific skill set.

Through the job, I was exposed to many individuals with different skill sets and abilities. Some criminal in origin, some military. All of these got into what I do and teach.

And finally. Though a person that doesn’t like recognition, I learn a very specific and traditional way of utilizing my hands and feet that for lack of a better word turned out to be tilted Atra Manus. It’s not my creation. All I did was try and mold it into a teaching experience. Those who have been exposed to it can tell,

TT: Why did you start the Manifesto, and what is the mission you hope to accomplish through both your writing and teaching?

The name comes from a stack of moleskin notebooks I keep detailing everything I have come across that I think is of value to my own personal development in this whole subculture of urban survival, escapology and combatives.

It’s basically an open and free outlet of information that some have kept off limits. I share nothing that I haven’t seen in some way shape or for out there in criminal hands. It really is at its core, an exercise in the free dispersal of information and a window into what I’m up to. It’s a personal blog. I don’t sell anything through it and promote what I love, trust and stake my life on as far as products, instructors and methodology.

TT: I know you worked with the security forces in Mexico, what got you into that line of work, and were there any incidents that encouraged you to teach civilians?

I like getting into trouble. What better place to do so than by joining what was at that time the most high risk profession on the planet. Being a police officer in Mexico.

It gave me a lot experience. Some of it just incomparable to anything else in the world. It gave me a very unique perspective on how to go about solving problems.

I started to work a lot of cases dealing with abduction. And it’s a problem that touched something deep with in me. I knew there was a need for a no BS aproach to train people to deal with this problem.

I saw Americans coming down to Mexico teaching military SERE training to civilians that made little to no sense to the actual endemic problem and some Israeli ex military guys doing the most alien Krav Maga infused E&E classes I have ever seen. I knew I had to come up with a very Mexican approach to the problem, taking in to account the realities and limitations a civilian has here. That was my start.

TT: Environment is a very big factor in determining effectiveness of a fighting method. Could you describe for our readers the environment in Mexico, and how that formed your outlook?

It’s very non permissive. Threats come from police and criminals. It’s not all bad, there are pockets of dangerous places in the country.

Civilians cannot carry firearms and that limits the options most have. And even conventional tactical folders can get you jail time if found by an uneducated cop ( very common down here sadly). So in many ways students of mine have learned to live as criminals of purpose ( as I like to call them). The tools they carry for self defense are non descript ditchable kitchen knives for example. Not because they are going to murder someone and don’t want to be caught. But because they want to be able to carry something with plausible deniability built in to it and if the see a possible police inspection, they can toss the blade without losing much in terms of money.

They have to be very crafty. They can’t just go on line and by stuff. Most of thier counter custody tools are home made for example. It’s a very interesting place that has given birth to a lot of creativity.

Part II will be in the next issue.