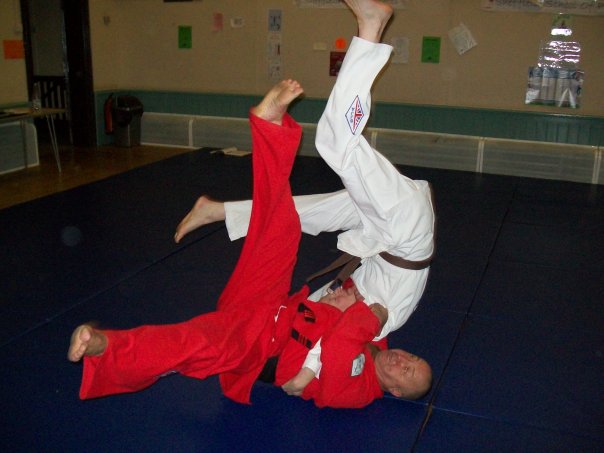 Life, for most of us, is a busy thing. We have multiple roles to play and time is finite. Time management is an issue for most people as we try to meet a multiplicity of demands from competing sources. Some do this with unerring skill and efficiency whilst the rest of us bungle through as best we can like plate spinners on a game show hoping we can keep all the plates spinning and not drop any.

Because we are so absorbed in keeping the plates spinning we never have the opportunity to take a step back and evaluate what the hell we are doing. We become a slave to our actions and, better still, we can find no end of reasons to justify keeping the plates spinning away, in fact whilst we keep up the act, exhausting as it can be, we thrive on our skill and dexterity. Dammit, we even throw in another plate every now and then to keep things interesting because we can.

Anyone recognise this? Because I sure as hell do. Earlier this year I did a things to do list, I split it into several crude divisions and it was enormous, frighteningly so, in fact the intention to give myself direction and purpose backfired dramatically as faced with the huge amount of things I needed to do I froze and stasis set in. I did not become inactive, I kept on spinning my plates, but I did not refocus my priorities and create a structure to me time management as I intended, I simply went into a period of denial.

I knew I needed to do something but the problem was where to start as everything needed doing at once, not only did I need to keep my current plates in the air I needed to start multiple new ones spinning. Well sometimes we have to admit we are beat, and I did. Not beaten in that everything crashed but beaten in not being able to see the best way forward. So what to do?

Well that is where I am lucky as I am surrounded by smart people. It was time to take some time out and start to hear some of the things they had been saying for a while, things I had not listened to properly as I shuttled from plate to plate. This was not a conversion on the road to Damascus. There was no overnight solution. We are talking a process, still ongoing, that is nearly 6 months in progress.

If for years you have convinced yourself all is hunky dory then realising that there are serious inefficiencies in how you work and live is a massive shock, rationalising it alone takes time, acting upon it more so. I do not have a master plan to share, my situation was/is unique to me but I think there are a few steps others in the same situation could follow.

The first step is to identify the most important plates and the least important. The latter have to go, no matter how hard that is, they have to go, maybe not into the bin but at least into storage, then you can focus on the former.

Secondly it is important NOT to set too targets that are unrealistic, staying grounded is important, and remember to take baby steps forward instead of trying great leaps.

Thirdly be honest with yourself, we all have limitations, if you cannot do something, find someone who can and let them.

That is it. Now for an example and whilst I can use some work related ones I thought I would just spin off here with one indirectly related but important. Fitness.

As an instructor of Ju Jitsu and self defence it is important to stay fit, others may disagree with this statement in full or part, as you are a role model as well as an instructor. About the same time that I realised I was trapped in a potentially never ending plate spinning hell I also took a good look at myself. Now we all look in the mirror, we all see pictures of ourselves, we all have an image of how we appear to others. Well one day I got a shock. I looked at some photos I had taken to use for publicity purposes, come train with me, and there was this slightly overweight round faced guy staring back at me. An imposter who contradicted my internal picture of how I thought others saw me.

Damn. Now long with my other priorities I needed to take action on my fitness and by default my health. Whilst my attention on keeping all those plates spinning I had taken my eye off the ball regarding my own fitness. I had grown used to deceiving myself that because I trained in some of my own sessions, walked the dog etc, that I was fit and healthy, a good weight too at 15.5st, plenty of firm muscle around the stomach but little fat too. I had, once again, slipped into a comfort zone.

Then I listened to others and stopped telling myself lies. I had to get up and do something about this. So in line with my 3 steps above I decided that this was one that was a priority, I set very limited targets (increasing them very gradually as I progressed) and only I could do this.

This all started in February 2018, it was a spluttering start. On the advice of a friend I bought a proper pair of running shoes, I had not run in many years but realised my cardio vascular fitness was poor, well not so much realised as admitted. A number of people had pointed out that I often wheezed when breathing, several asked if I had asthma, I explained it away as the residue of chest infections.

It was the back end of May when I finally got into something of a routine. Short runs of just 12 minutes duration were enough and short sessions on the weights made me ache a lot. I worked through the pain and began to feel the gains. My focus was on getting fitter not losing weight, I worked my exercise regime into my life as advised by another friend as time spent sharpening the saw, it started to work. Over the next couple of months I extended both my runs and my weights sessions, No set targets or dates, just when it felt right. I could feel the gains and other people started commenting, quite a few people, so mid July I weighed myself.

To say I was surprised was an understatement, I had lost 1.5st despite putting on some more muscle. By the end of July I had lost over 2st of fat I never thought I had. My weight then, and now is 13.5st, I now run for 1 hour 3 times a week and weight train 3 times a week. I eat sensibly and fast for 16 hours overnight (liquids only) and I have continued the regime of cold showers begun a year or so ago. I am not on a diet but I manage my intake and output. My run is before eating in a morning so that I burn stored fat and the exposure to cold stimulates the burning of stored fat too.

This is not a recipe for anyone to follow, it is now part of my daily regime, it works for me. It is an example of taking a look at yourself, realising there is an issue, identifying appropriate action and taking it.

This one set of actions has also enabled me to become more focused and disciplined on other areas of my life, professional and personal. The journey is not complete, it never will be, in terms of fitness I am now incorporating other activities into my lifestyle and evaluating their effect. It is a fact that knuckling down on my need to recover my fitness provided a fairly quick win, some unexpected gains (unexpected weight loss) and a massive sense of achievement. I am 60 years old next birthday, inescapable fact, and the coming years will not get easier. I am not trying to relive past glories, not that there were many, but preparing to age well and live life to the maximum whatever that may be.

The rediscovery of the self discipline to train regularly and stay motivated has been a joyous thing, it has helped me to focus more on other aspects of my life and make progress in them too. I have a long way to go and will always be imperfect but recognising our limitations and working on the deliverables is now my focus.

It all started by taking a long hard look at myself, recognising the weaknesses in myself and hearing the messages others were sending me, people who cared and care about me. In truth I have recovered a part of me that was subsumed under the necessity to keep too many plates spinning.

Instructing others is what I do, they pay me to train under my direction, it is a contractual relationship. Setting an example is part of that relationship in terms of continuing your own professional development (physically and mentally), maintaining a positive attitude and exhibiting positive behaviour. In order to check we are doing this every now and again we need to take a look at ourselves.

Are you in a comfort zone?