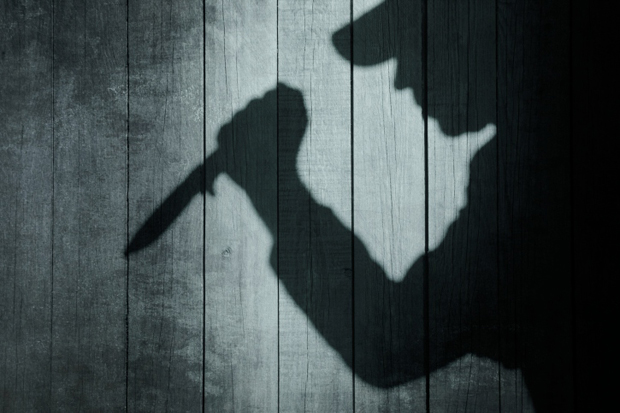 Violence. It’s all around us. Everyday. Everywhere we look. You may not see it, nor hear it, nor even experience it. But it’s there. In fact, we will never know of every instance, nor ever be able to stop it all. So, I ask, what will YOU do? Will you pretend it’s NOT your problem, or pretend it doesn’t exist. That’s alright, and it may be the norm. It likely is the norm. You can walk away, or walk by it, but you won’t be able to do that forever either.

I too turned a blind eye to it for a long time. It’s not that I chose to do nothing, or ignore it, I just wasn’t aware of what IT is. Simply put, I had no idea what it looked like – at least on so many other levels that I was never subjected to – up close and personal.

Violence is woven into the thread of our lives. Most of us are lucky enough to not have to deal with some of it, for long, long periods. Some of us may only have to deal with small parts of it, and then only now and again. Some of us choose to welcome it into our lives, via our lifestyle. Some of us choose to invite it in to better understand it. It’s strange to me that violence has so many faces that I have either been unaware of, OR, not been exposed to. Being white, middle-class, I’ve been buffered for much of my life.

Yes, violence IS that big. It’s a money-maker now. In the same breath, it’s also a treasure trove of great information, and maybe NOT so great information. I guess it all depends on how familiar you are with the subject matter. Of course it’s also susceptible to the same problems that many subjects are subject to – opinions.

There’s some great information in the marketplace, and there’s also some very poor information out there. The problem here is HOW do you determine what’s good, and what’s not? I think that like many other subjects, context is important. Familiarity with the subject can be key, but how do you find the RIGHT answers? And again, it’s dependent on context. There are no right answers, because context is always changing, evolving. There are NO RIGHT ANSWERS. Maybe, maybe not. It’s debatable, like everything that involves opinions. Simply that.

Violence is something that I now pursue. For a living. As a course of what my job requires. To quote a very good source, “The only way to deal with violence, is to be better at it than THEY are.” Wow! That quote changed my life. Unfortunately, those that NEED to hear this, and to understand it, don’t and can’t – they don’t do what we do. Asking someone to watch you while you do your job makes them uncomfortable. And since you can’t schedule when someone chooses to use violence, you can’t ask them to watch, and maybe either comment or critique what just happened. One thing about it is that THEY will probably think you are LOOKING for violent outcomes. Yeah, it’s like that. They don’t understand, so they won’t understand. Simple. If they do happen to ‘see’ it, likely on a video (sans audio, as is most often the case), they can play monday-morning quarterback to affect their analysis, and justifications. They weren’t there, so they’ll never really know: what, why, how.

To experience physical violence, you usually have to be involved. You HAVE to be there. To understand it is a whole different thing. There are many factors and facets to a violent act. There are underlying issues, underlying emotions, and unknowns – those things that makes us who we are. Violence can never really been quantified or quantized. It’s a fluid thing, with no outline, no boundaries, and maybe no real beginning – or ending. It’s a slice of life. Complex doesn’t even cover it.

Violence does do one thing well – it sends a message. It conveys meaning, it defines an action, it makes progress happen – for one side or the other, or maybe even both. I’ve spent five years studying to deal with it. Scared? Yes. Indecisive? Yes. Reluctant? Yes. Willing to go there? Again, yes. Someone HAS to go there. It’s our way of being a stop-gap for those that would use this tool for their benefit, to your detriment. I’m an unlikely candidate to be here, now, but if I don’t, who will? And will they do it the way I’d do it? Not likely. Too many go there for the wrong reasons. It’s NOT about being a bigger man, but it is about being a better man. To stand up for what’s right, and to stand for those that can’t or won’t stand on their own. Because, they don’t feel they can, or should perhaps.

Too many ‘people’ use violence as a tool against us or those that we love, care for, care about, or are responsible for. That’s not to say it’s always on purpose, or willingly with bad intent. It’s a tool – and can be misused, used for the wrong purpose or for the right purpose, but wrong circumstance I suppose. Many know what they’re doing, many don’t, or may have underlying issues that change their perspective. Drugs, alcohol, mental health issues, emotional distress.

Violence as a tool – what a concept. It was hard for me to wrap my head around this one! But it now makes ‘perfect sense.’ Odd how five years of constant reading, viewing, and discussing this subject has changed my outlook, my mindset, and my humanity. I’m often sad about it, but also proud that I now possess some of the things I need to deal with violence. I have many sources that ALL have contributed in many special ways to getting me ‘here.’

Martial Arts has provided me with new insights and a different perspective on violence. I first tried MA when I was in my early teen years. Karate was what was available, so Karate it was. I got my White Belt, and that seemed like a lot of work to get there! The stretching required alone about broke me! What finalized my first brush with MA was not the work necessary, but the ability to get to it. Suffice to say that I and MA parted ways, too early for me. It was not until late in life that I re-discovered MA – this time with a purpose. I now had what I felt was a real need. In fact, it was a requirement as far as I was concerned, no two ways about it.

Five years in and I don’t consider myself a Martial Artist – I’m a believer in positive MA, and try to avoid all of the negative associated with it, and sadly there’s way too much negativity flowing through the arts – mostly due to ego, in my opinion. I’m not sure what I’d consider myself – I do practice, but not enough in a dojo, and certainly not with a partner most of the time. I do spend a lot of my income on educational materials – books, DVD’s, seminars however. I’m also of the belief that you CAN do some of it, even without practice, as I have clearly proven to myself. I don’t need to prove it to anyone else, despite their claims to the other viewpoint. I have experienced MUSHIN, once specifically that I can clearly recall, and likely many other times when I was too busy trying to effect a positive outcome to a violent outburst.

What I do consider myself is a voice to promote the positive in a new era of MA awareness. I specifically refer to my co-writing and experiences with my Sensei, Avi Nardia and my good friend, Hanshi Patrick McCarthy. The short story is this: in 2008, I took on a job that I had no idea about – well, not a very good understanding of, shall we agree on that? At that time I enrolled in a MA Dojo, Karate again, as that is what I ‘knew’, or thought of at that time, and with what I thought would be a good solution to an immediate problem. It wasn’t the right solution, but it did give me some grounding, and a lot of self-confidence – something I was lacking in, and won’t likely always fully acquire.

Before obtaining my Purple Belt, I’d determined that the training wasn’t what I needed. I didn’t know what I needed, but I knew this wasn’t it. That’s not to knock the style at all, as I did take away some very important pieces to MY puzzle. It’s just that I didn’t feel this was going to get me to where I needed, and specifically FAST enough! In doing some background searching, and after learning one joint lock combination, THEN I started to look for THAT! That piece fit my understanding of what I thought I needed – it made sense, and seemed to fit my needs. In doing Kata, which I love for the traditional aspects as well as the reasoning behind doing so, I was lost – the steps weren’t clear as to WHY they were performed. What was I doing making a series of moves, in a rough circle – who was the opponent, and HOW was he moving? I think if that had been explained UP FRONT, better, it would have made more sense, but that’s how I interpreted it. Motion without understanding, pointless to me at that point.

I checked out another school, and was determined NOT to start out from scratch again – I was determined NOT to be a cash cow for another school, simply so that they could make more money, and not really care about where I had been or gotten to. It seemed like I was just another income stream, with little to no interest in what I felt I needed even being considered. You were expected to follow THEIR program because that’s how THEY did it. Period. I call Bull Shido! McDojo reality, again.

I decided to try the DVD route – buy into some training materials that I found on the internet. I bought a ‘complete’ system that seemed to display MORE elements of what I thought fit my needs. Through that ‘set’, I found my Sensei, so it was worth the investment. Kapap is HIS art, and now my art of choice. Through Sensei Avi, and his circle of influence and friends, I have come to appreciate what MA can offer to a ‘student’ – positive growth, family values, compassion for other cultures – things I find lacking in what I know of some of the MA arena. Ego seems to rule the day, and with the rise of MMA, which I found brutal when I was first introduced to it, now has a different feeling. As does violence – I don’t view it the same, but I do view it as an opportunity. Kapap has introduced me to many new things, but mostly new ways to view my world, with an opportunity that many miss – to MAKE A DIFFERENCE.