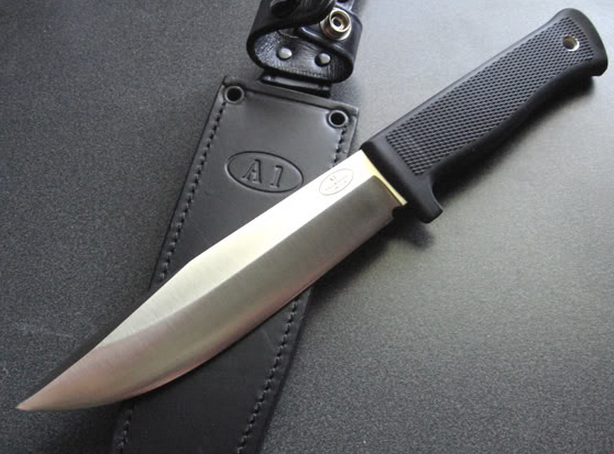 I am a court recognized expert witness regarding knife use and violence. Yes, lawyers pay me. Don’t be a hater. The down side is I have to deal with lawyers.

Ever tried to teach a lawyer anything?

This especially when it comes to your field? It’ll drive you to drink. Or if you’re an author, it will drive you to write something. I wrote this ‘appendix’ so I can hand it to lawyers. (I’m also planning a series on “Violence for Attorneys.”) After they read it, we are talking the same language when it comes to knife use. Prior to that? The Tower of Babel. Now they can ask me intelligent questions to educate the jury.

This summation was co-created with Terry Trahan to articulate different types of knife usage among humans. The purpose of this list is not to demonstrate what a specific incident was, but to help rule out what it wasn’t.

Knives are first and foremost tools. Their primary purpose of tools is paramount in both design and use. Having said that when these items are used as weapons, there tends to be broad categories usage strategies. These strategies tend produce recognizable wound patterns and targeting.

Overwhelmingly ‘knife fighting’ is a myth. While certain cultures have systemized arts, (escrima, silat, piper) these tend to be poorer countries, where knives are easily accessible because of a high reliance on manual labor. The marketing of these ‘martial arts’ and Hollywood are why the idea of ‘knife fighting’ exists. In reality knives are used in a much different method.  However, let’s start by referring to one specific branch of martial arts that claims to teach knife fighting.

FMA/knife combatives. Filipino Martial Arts (FMA  such as escrima/eskrima/kali) and combative knife systems tend to be largely ‘dueling systems.’ The strategies largely are predicated on mutually armed opponents fighting over issues of honor (mutual aggressors).  As such, the danger posed by the equally armed opponent must be neutralized for the safety of the duelist. This often results in multiple, wounding slashes — especially to the arm (“defanging the snake”) and torso. Allowing for honor to be satisfied, engagements using such training can result in no wounds at all (the two participants ‘dance around’ showing their bravery but never connect). Another result can be multiple and extensive wounding patterns without a fatal blow. Still a third option is extensive wounding with a ‘closing’ and finishing/fatal wound (delivered when the opponent is incapable of resisting.)

Commercialized FMA systems — as taught in the U.S. — often leave out closing and finishing moves. They typically hang back and repeatedly slash.  If they do close they often continue to slash and stab ineffectively. Much Americanized FMA training encourages what the author refers to as ‘the weedwhacker of death’ approach to inflicting multiple slash wounds; this strategy is ingrained by the training drills. This makes it impossible to distinguish between commercialized FMA trained attacks, rage or fear attacks by the wound patterns alone.

Knife combative systems are often marketed as having military roots. In reality, most of what is taught is commercialized FMA techniques performed with militaristic looking equipment. Use of these systems also tends to result in excessive slashing wounds and an overkill approach.

Having addressed the knife-to-knife approach, ordinarily, only one person has the knife. But even there predictable patterns arise from strategic goals:

Prison methods are more of an assassination strategy where specific vital targets are aimed at and repeatedly attacked.  For example, seven or eight stab wounds under the left armpit. The gang and prison connection extends this knowledge outside prison walls. Due to the improvised nature of the blades in prison, cutting is restricted inside, but can be incorporated outside. (Often resulting in multiple, targeted fatal wounds followed by a larger ‘finishing one.’) The safety of the attacker is usually ensured by a second person holding the targeted individual while the attacker with the shank delivers multiple fatal wounds to a specific spot. This can also occur with multiple attackers targeting different vital areas while other hold the victim. Although an individual attacker doing the same cannot be ruled out, coordinated multiple attackers are most common.

Military methods tend to focus more on immediate neutralization and fatality —starting with sentry removal. U.S. military knife tactics were primarily influenced by Colonel Rex Applegate (who learned under Captains Fairbairn and Sykes of the British Army in WWII) as part of commando operations. Although method has changed over the decades, doctrine remains the same, immediate neutralization of an enemy soldier via massive damage with one strike. Specific actions, once the knife is inserted, combined with selective targeting can create faster neutralization at this range than a bullet.
The targeting, size and the degree of the injury usually renders one’s opponent incapable of prolonged threat or resistance. Additional safety of the knifer is ensured by concurrent techniques that render the enemy incapable of resisting, counter-attacking or crying out.

Rage attacks tend to result in multiple large wounds as the attacker attempts to ‘beat the person’ while holding a knife. Slashes and other wounds tend to range from 10 up to 24 inches and appear all over the body (including on the back as the victim attempts to flee). They also tend to be not specifically targeted at vital areas, but instead are aimed at head, torso and arms. Also common in these kinds of attacks are defensive wounds, when the victim puts up his or her arms to shield the body from the attacks. Also slashes occur on front, side and back as the victim. This often occurs because realizing he or she is being injured, the victim often attempts to flee during a barrage of attacks.

If and when the attacker changes to stabbing attacks it is not uncommon for the attacker to self-wound.  Most vital targets are soft. A rage attack often hits bone. Often, as the attacker is trying to strike with as much force as possible, he loses grip on a utility knife and his hand slides off the handle and onto the blade creating a specific type of self-injury. Also common in these kinds of attacks are massive amounts of blood spatter on the attacker. This is mostly due to the extended nature of these attacks, closing and continued wounding.