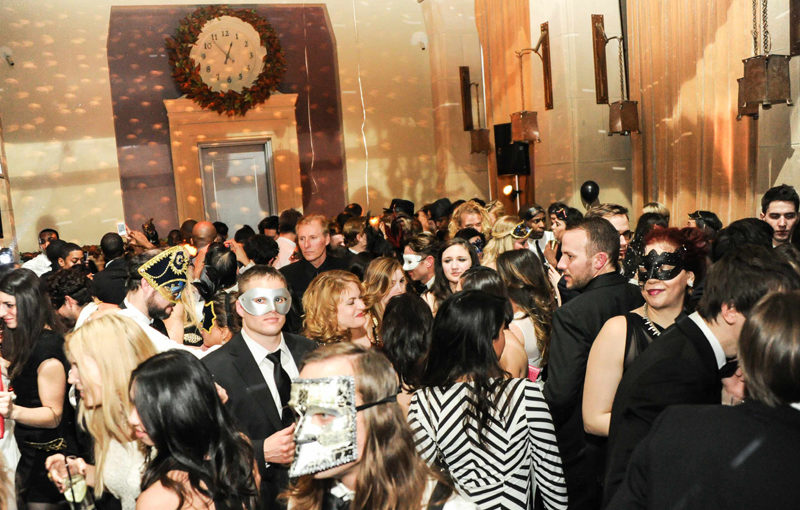 Every predator hunts for specific prey.  Humans are no different. We hunt for food and resources and occasionally, other humans. We like to think human predators are limited to violent sociopaths, serial rapists, and other overtly heinous people. We focus our research and training here because these predators are easier to identify than the low level predator subtly working his way into a victim’s life.

Low Level Predators, or “cockroaches” as Anna Valdiserri calls them (nicely done Anna), are invisible until they are crawling around inside multiple layers of their victim’s social contexts. Turn the lights on and they disappear –metaphorically speaking. If you shine light on their actions they will default back into slightly less intrusive scripts or blame their prey as the source of conflict. As Rory mentions in Self-Defense Failure Zone (April 2016, Conflict Manager), they use the same skills you do to navigate social terrain. Evidence of their predation is damned subtle. That little itch you get around the creeper gets ignored because the source of that itch is disguised as normal behavior.

Rory wrote that a participatory and active mindset has the best shot at shutting creepers down. I agree. And to take action early enough to avoid a cascade of defensive maneuvers (which don’t usually work very well), you have to see it coming. You have to be able to identify the threat, and Low Level Predators camouflage their predation. It’s easier to identify something if you already know a few of the markers, so let me introduce you to Julie, David and Jason*. They can help explain this.

We’ll start with Julie. She is starting over. Living with friends, she needs to make connections through their community while she gets herself settled. Her housemates introduce her to the neighbors, Paul and Danielle. Julie and Danielle form a tight bond. It takes time, but they become best-friend close. Julie listens and encourages Danielle’s misgivings about her marriage and simultaneously deepens her own friendship with Paul (the husband).

Julie babysits so Paul and Danielle can have alone time. She meets with Paul when he needs advice on how to reconnect with Danielle. Julie suggests he let Danielle explore her bisexual interests to spice up their marriage. Instead, the marriage craters. Danielle moves out of town and Julie goes to visit. Paul pays for Julie’s airfare because she is both broke and the only one who might be able to bring Danielle back to him. Julie visits Danielle and completes the yearlong seduction. Paul and Danielle’s marriage is Julie’s third coup – she has used this hunting pattern before.

Katelin is David’s protégé in a finance company.  He is a control freak but helps catapult her into a high profile position. We make a good team. You’re patient with my micromanaging and you know how take the initiative. Because of her patience, he was learning how to dial down the controlling behavior. You’re the first person I have trusted to manage big accounts with little oversight.  Katelin knows she has to pay her dues and bites her tongue when David’s praise is only used to soothe the sting of his sharp criticisms. Long days turn into late nights. David jokes with Katelin, you must be magical- my wife trusts me to work late with you.

As mentor and supervisor David occasionally enlists Katelin’s feminine intelligence to help him choose a gift for his wife, the one who trusts her to work late with him. Then he discloses he has a woman in his life other than his wife. It’s long term and he loves them both…and then a second mistress emerges and Katelin is buying gifts, sending flowers, for all three. It looks like she has something “on him” now, doesn’t it? But it is the other way around. The way she describes it, David has her hostage. Katelin is pretty sure he will sabotage a job change with a scathing reference if she tries to leave – she is “too valuable” to him.

When Katelin shrugs his hand off her shoulder he belittles the boundary. No offense girl, but you’re just one of the guys. He commandeers a presentation and later explains he was protecting her from a misogynist colleague. He is concerned that her boyfriend is too controlling and tantrums when she refuses his advise to ditch the bastard. When he bullies her for making a mistake, she writes it off as just trying to help her climb the ladder and the tantrums are just his way of showing that he cares. Finally, David gives Katelin an ultimatum: Lose the boyfriend or the job. He thinks the boyfriend is abusive and it is interfering with her focus at work.

Low level Predators come in as many flavors as we have social scripts. I knew David and Julie. I also knew Ellie and Katelin.  I’m sure there is more to both stories but these are the details I have to share. Their stories also read like case studies and it’s easy to go academic. The problem with taking an academic attitude? We get to distance it. It happens to other people.  So let’s get to know Jason. I can introduce him better because this campfire story is mine.

My first year out of college I moved into an old upstairs flat a few hours from home for my first big-girl job. On moving day, my downstairs’ neighbor stopped by to introduce himself. He helped my father haul in the heavy stuff and promised to look out for me. Jason shook my dad’s hand and looking at me added – I’m here if you need anything, don’t hesitate to ask.

In the beginning, we did the neighbor wave when we passed. He checked in to make sure I was finding everything around town. A few weeks later he brought me ‘left overs’ –made dinner for a friend and had extra. When I missed work with the flu, he dropped off some chicken soup. Driving back and forth to visit my fiancé, Jason remarked that he thought my brakes were getting bad- I should have them looked at. He looked in on my cat when I was gone and with each trip pressed the brake issue – I can take a look at them for you. I came home from work one night to find my thermostat stuck in the on position heading for 100 degrees in the dead of winter. He heard me throwing windows open and came to help. None of this flagged, just seemed like a nice guy (maybe a little pushy)– good neighbor behavior.

Passing hellos turned into dialogue. I didn’t really want to chat but he was obviously lonely, never saw him with friends. I felt sorry for him. It won’t kill me to be nice to the guy…

My mail carrier was a friend. He was the first one to say something. He noticed Jason going through my mail. I blew it off. Next, Jason showed up on my doorstep with a vase of flowers, saying they were left over from something at his mother’s house.

He knew things about my friends, my job, and my routines that struck me as a little over-informed but we lived in a small town. In a small town if you forget what you’re doing just ask a neighbor…

Then one morning my phone rang. It was Jason. Hey, you okay? You’re usually in the shower by now, didn’t want you to be late for work. Thought maybe you’d overslept.

Now I was paying attention and it was too late to be anything but reactive. More flowers. I refused. He left them anyway. Sent them to my work. Shamed me for not accepting them. He would coincidentally be at the grocery store when I was. When I changed my routines he found reasons to be out in the alley behind our flat when I was coming home.  Grabbed my groceries from my car and insisted on carrying them up.

When I set hard boundaries he cowed. Asked to talk, wanted to make amends, apologize. Nice people forgive. I granted the audience. He leaned against the inside of my door blocking the exit. We’re going to get married, you and I. He explained I would eventually see that we were destined for each other–I would come to my senses. The wedding I was planning was for him, not my fiancé, I just hadn’t figured it out yet, but he had detailed plan of how it was going to go down.

Jason played on all the social scripts that worked to get close to me. He waited until we had a solid neighborly relationship and set the stage by putting my dad’s paternal fears at ease as ad hoc oversight. When I set boundaries he complied, sulked and then escalated from a different angle. It ended because I married my fiancé after all and left the state. Stalking was not a crime until it went physical in the 80’s – and by textbook analysis, it was headed there.

Low Level Predators use a broad range of social tactics to hunt. Julie played on the intimacy of female friendship. David used position and status. Jason played out a toxic version of the boy-meets-girl romance script. David and Julie both blamed their prey for the ensuing chaos. What Jason’s story was – I can only guess. I never went back to ask. What’s important is this: they all felt unjustly accused. It’s possible they were authentically unconscious. Even so, allowing creeping victimization** to pass without impunity is not a social script anyone should follow.

Welcome to the problem. Low level predatory behavior is insidious. The scripts are being followed and creeping victimization gets a pass. For everything being written on violence, on this subject our depth of game is, what? Thin? That’s an understatement. We talk about the “cockroaches” when we see them, but we don’t ask the hard questions and we don’t get deep enough to look for their patterns. We don’t ask and we don’t look because doing so requires getting our hands dirty.

I want to ask questions like; when the victim gains from the relationship (Katelin’s career did advance substantially), is there a point when it ceases to be victimization? With Julie and Ellie, is there a point where Ellie becomes a collaborator instead of Julie’s target? And when I ask these questions, am I victim blaming?

How about this, if talking about Low Level Predators doesn’t actually benefit anyone then isn’t it just mental masturbation? If people are going to benefit, we need to start looking at the Low Level Predator patterns and see if there are reliable tells. Then if the tells are reliable, we need to ask if those tells are consistent enough to be useful. I agree Rory’s active mindset has the best shot at shutting creepers down and if that’s going to be a coachable skill we need to get our hands dirty.
*For obvious reasons the names are fictitious but the people are real.

**Creeping Victimization is a phrase Rory used in the previous referenced article.