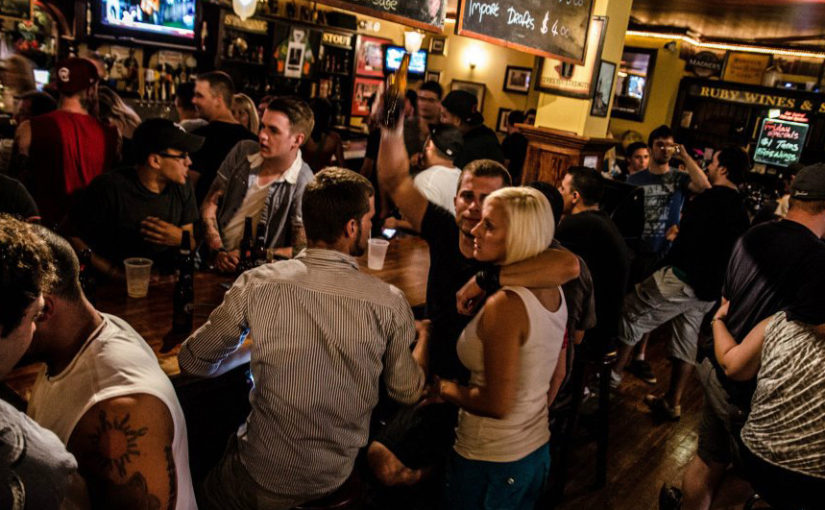 There is a common misconception that conflict resolution is the same as de-escalation; if you resolve the conflict, you deescalate the situation. The phrase, “putting the cart before the horse”, comes to mind -i.e. how can you resolve a conflict if somebody is still in an emotional and adrenalized state? The answer is, you can’t. Yet many people try to do so. The belief that being calm, and reasonable, will somehow resolve a conflict with an aggressive and emotional person, is misplaced and dangerous. When reason leaves the building, negotiation and explanation have no place – these methods can only exist and be effective where an individual’s faculties to process and evaluate information are still in place; if they’re not, what you have to say, will either fall on deaf ears or escalate the situation. All talk will be interpreted as fighting talk, by an emotional person, even if it’s intended otherwise. If I truly want to deescalate a situation I need to put ego, feelings and emotions aside, something most untrained people are unwilling/”unable” to do. Most people would rather be right than effective – and this attitude does not lend itself to de-escalation. De-escalation often looks/appears to involve backing down, and few people’s egos can take this hit. The process doesn’t necessarily involve backing down but it does involve giving up on the idea that you need to be right, and put your own point of view across.
There are basically two types of violence: premeditated and spontaneous.

Having worked bar and door security, I’ve had to refuse entry to individuals for a variety of reasons e.g. they didn’t meet the dress requirements of the establishment (wearing trainers/sneakers and/or a football or soccer shirt, etc.), they were too inebriated, or I simply had a bad feeling about them. Most times, people would accept the refusal, sometimes they wouldn’t. It may seem that it was the refusal that caused them to become aggressive i.e. it’s a spontaneous act of violence, however if their goal was to come into the bar or club regardless of any objections, that this was their only goal/outcome, it was really a premeditated act of aggression – and understanding the difference is important. Spontaneous acts of violence and confrontations, which lack a defined goal, can usually be de-escalated and resolved; premeditated ones can’t. In a premeditated act of violence, such as a mugging, the mugger can only envisage one outcome: leaving with your wallet (the variable is whether they will have to stab or shoot you in order to achieve this). If you spill a drink over somebody they don’t have any particular outcome in mind, and are possibly open to alternatives to violence – if they can be put in the right state of mind to consider them (this is the goal of de-escalation) – such as having another drink bought for them, their dry-cleaning paid for, etc.

The problem is that many people try to resolve conflicts and disputes without first de-escalating them. An emotional and aggressive person is not able to consider alternatives to violence, especially when they feel justified to act violently (the injustice of having a drink spilt over them, for example). The only time you will be able to successfully resolve a conflict, is when the person is in an emotional state where they can compare and evaluate different alternatives. When they’re not in this state, they will interpret everything you say and do as you posturing to them. I have witnessed this on countless occasions when somebody is trying to talk rationally to an aggressive individual and nothing they are saying is being interpreted as a potential solution to the situation; they are just not in the emotional mindset to be able to consider any outcome to the situation other than violence. The goal of de-escalation is to reduce the emotion in the situation so that the aggressor can consider different non-physical ways that the situation can be resolved. Making the most logical and rational suggestions to an angry, emotional person is not going to get you anywhere, and is in fact more likely to escalate the situation for you.

The first question you have to ask yourself when facing an aggressive and angry individual is whether this is a spontaneous act of violence or a premeditated one. If it’s a premeditated one – the person has come to the situation with a single outcome in mind, and is prepared to use violence to achieve this – you have two options: to use physical force or acquiesce to your aggressor’s demands (if this involves handing over your wallet you may be prepared to do this, if it involves being sexually assaulted you probably won’t). It may be that depending on your job/responsibilities you can’t acquiesce e.g. if what somebody was wearing didn’t adhere to a club/bar’s dress code, I couldn’t let them in, etc. If it’s a spontaneous act of violence, where an aggressor didn’t come to the situation with a particular goal in mind, then de-escalation is more often than not an option available to you.

In the second part to this article, I will describe and explain a process for de-escalating spontaneous acts of violence that I have used in many situations, to avoid being involved in a physical confrontation.