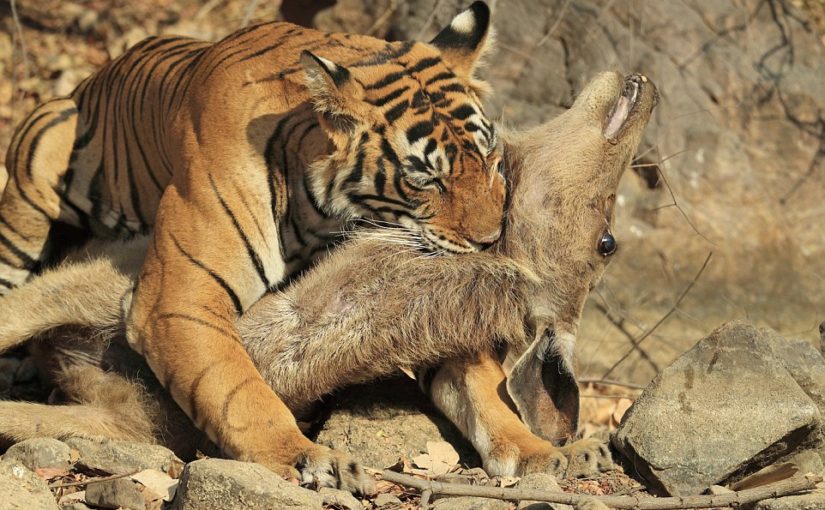 The vast consumption of reality based self defence programs are not by military, law enforcement, or occupations that deal with interpersonal violence on a regular basis — but rather civilians. Civilians by their very nature, and at least in the relative safety of the Western world have very little experience with interpersonal violence, outside of Hollywoods depiction of it. Added to this, there is an uneasy truth that is often not spoken openly about in the world of ‘self-defence marketing’  — that very few of these civilians will ever have to deal with an interpersonal violent confrontation in their lifetime, at least not one that would be considered life or death.

Yet with the onslaught of media that seem to focus exclusively on a world that is seen as wholly unsafe, it is no wonder then that civilians — especially those who live in the cushy, relative safety of upper class suburbia — feel it necessary to seek out methods to secure their safety. The way the media portrays it, no matter where you live in the world, there is a bad guy around every street corner (who knows even your butler might be out to get you).

The methods of teaching often employed in many of these reality based self defence schools seek to unlock the killer instinct within an audience which as suggested earlier are not acquainted with acts of violence on a daily basis. Bringing out the animal nature in civilians is proposed as the type of traits necessary for them to defend against a violent, deranged, attacker. This approach in my view, far from being productive, and of course constructive in giving someone the necessary fortitude to take on a violent assailant, is to a large degree setting them up for failure. Before I suggest why this may be the case, I want to set the grounding for what I term self preservation, as opposed to self defence and an ego fight.

Getting Clear on Self Preservation

At least from my perspective, self defence has always held a reactionary meaning. For example, one finds oneself in a bad situation, you are attacked and you deploy your self defence skills (often, as pointed out earlier with intensity and ferocity, i.e., with that killer instinct).

Self preservation on the other hand, at least as I am defining it, is preemptive in nature. From this perspective self preservation doesn’t begin when someone attacks you, but starts that morning, a day, a month, and even a year earlier. The reality is that statistically a person living in the suburbs is more likely to be seriously injured, even killed in a motor vehicle accident — especially when not wearing a safety belt — than being mugged. Statistically speaking a person is more likely to have a heart attack and die because of bad nutritional choices in the Western world, than being attacked by another human being. If we are then seriously talking self-preservation, which is the preservation of the self (i.e., to live), it then implies that ‘safety’ of oneself is not just when someone attacks you, but rather ensuring self preservation in the things that WILL happen, and are more likely to kill you on an average day. For instance if you really valued your life, then you should make sure you put your safety belt on when you get into your motor vehicle or not eating cholesterol rich food that will clog up your arteries and cause you to have a heart attack.

When one then takes this further self preservation implies being astute and aware of ones surroundings (take note, I said aware not paranoid). Why go down to that nightclub when you know it’s a hot spot for violence? If you do find yourself in a nightclub, and a bunch of guys are giving you the evil eye, and you sense that it may escalate, leave the club and go home. If you are out at night and you have to park your car on the curb, then choose a spot that is well lit, and frequented by many people, and not the one around the corner near that alleyway with no visible lighting. If you bump into someone in a bar, and he spills your drink, your default setting shouldn’t be to turn around in a rage — which then changes a situation that could have been deescalated to now one that could result in potential personal harm. This more importantly is not self preservation, it’s ego defence. If you walking in a bar, and you bump someone and he spills his drink all over you, your first reaction shouldn’t be to throw profanities at that person, but rather to apologise, see it as an accident (which it more than likely was) and use verbal jiu jitsu tactics to politely ask if you can buy them another drink. This is self preservation, more over it is being a mature, sensible human being.

Often times, what is passed off in the world of reality based self defence is akin more to ego defence, than true self preservation. If we are honestly talking self preservation, then it is about avoiding violence where ever possible, It is about being aware of potential threats and removing oneself before a potential problem arises. If faced with a threat, then the first choice should always be to talk that person down using verbal jiu-jitsu, and if no other choice is available and it requires that you need to go hands on — then you do just enough to neutralise the threat — and then immediately find the nearest exit. This is what it means to preserve the self.

I would argue that many people, especially those teaching reality based self defence would have a hard time with this definition. One only has to look to YouTube to see a myriad of ‘self defence’ videos, where the defender fends off an attack, only then to go ballistic on the opponent, stomping his head into the ground, even though and crucially (albeit it being a demonstration) the fight was actually won ten moves earlier. Lets not even talk here about the appropriate use of force applied to the situation at hand. I am surprised that not more of these instructors or their students are dealing with assault charges.

Additionally tons of ‘self defence’ videos can be found on YouTube that show situations where if someone gets in your face then you neutralise him with a barrage of vicious attacks. But when one looks closer at many of these situations, especially contextually — how these situations are dealt with, even set up, are more often than not about the ego, not self preservation.

The reality is, if you truly talking or teaching self preservation then the number one thing you want to teach someone is to avoid conflict at all costs (of course the ego doesn’t like this approach, but that should be a ‘self defence’ lesson too). This understanding seems to be a no brainer for wild animals, who would much rather posture than fight. They know all to well that even if they fought  and one of them won, whilst the other died — the injuries sustained by the victor could mean that they both die in the end — albeit a week or so later.

Coming back to the notion of teaching civilians killer instinct. There is several glaring problems with this approach. Firstly, it is wholly out of context to how people typically live. Most people, unless they find themselves in a profession that encounter interpersonal violence on a regular basis, the most they have to deal with is an occasional road rage incident on the way to drop the kids off at school. In most incidents that the average person may have to deal with, in which it could potentially become interpersonal aggression — the use of awareness, verbal jiu-jitsu skills, and a sensible, mature attitude to a given situation — is more often than not the best form of ‘self defence’.

When civilians are taught to focus on killer instinct as the master strategy, and they do find themselves having to deal with a potential physical threat, it sets the stage for the hammer and the nail syndrome. If all you ever have is a hammer (killer instinct)  then that is what you will likely default to using for all potential aggressive encounters (the nails). As they say, you rise to the level of your training. People trained to deal with potential violent encounters with killer instinct will default to this as their master strategy, because they would have never been taught that a battle is not always won, or needs to be won with fists. Coming back to my examples previously that implied what I meant by self preservation, if we are seriously talking about the defence of self (not an ego fight), then using verbal jiu jitsu to talk ones way out of a situation is far more prudent a strategy than risking ones safety by being physically injured. Lets be honest too, no one really wins in a fight, even if you win, you may still walk away from that with injuries that you may never recover from (physical, psychological or otherwise).

Secondly, invoking killer instinct especially in those who are not exposed to violence on a regular basis will likely result in a hyped up berserk state that would create a lack of awareness on the part of the user. Training it in the confines of the gym, is not the same as using it on the street. The latter will be tied to a massive overdose of survival hormones that will alter both emotional and cognitive functions. The result then is a tendency in the midst of that berserk state, fuelled on by adrenaline etc al., to then centralise ones focus, thus losing touch with what else is happening around oneself. In other words you simply no longer have situational awareness. The result, you may not see that multiple assailants have surrounded you, or if  an opportunity for escape presents itself, you may miss it completely.

Thirdly killer instinct mismanaged, which it likely will be considering the civilian nature of the user, will result in an over reliance on the reptilian brain in that moment (the fight/flight/freeze response), thus shutting down the prefrontal cortex, which is responsible for higher cognitive functions like planning, distinguishing right from wrong, determining what is socially appropriate behaviour, decision-making, and producing insights. The truth is, anyone who has worked with interpersonal violence will tell you, being hyped up and aggressive is often a poor performance state to be in. You want to instead be cool, calm and collected. This allows you to make decisive, focused choices leading to keeping yourself and those you love safe.

For example, during my military service I served in VIP Protection. As a body guarding unit we were tasked to protect various important members of the armed forces. We were taught early on, that when faced with a potential threat, say for example from another human being moving towards us, that we needed to have an open focus (situational awareness), breath and keep calm. Remembering always that to get hyped up, or aggressive on one target would lead to a centralisation of focus on that one threat, thus loosing track of potentially other threats — not to mention forgetting about our primary mission — which was to keep our Principle safe.

Rodney King M.A., RSME is the creator of Crazy Monkey Defense, and its sister self-preservation program Combat Intelligent Athlete. He has taught army special forces and law enforcement teams how to survive a life and death encounter when all they have is their body to defend themselves with.  You can find out more about Rodney and his work at www.coachrodneyking.com or www.crazymonkeydefense.com