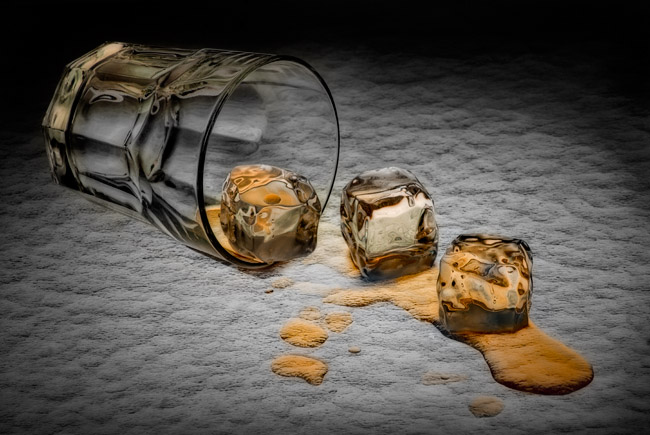 In last month’s article, I looked at the times when deescalating aggressive situations is an appropriate solution i.e. when the aggressor you are facing is involved in a “spontaneous” act of violence – one that they haven’t planned or orchestrated; but have become aggressive and potentially violent due to your actions or behaviors, whether real or perceived e.g. you have, or they believe you have, spilt a drink over them, jumped ahead of them in a queue, taken a parking space they were waiting for, etc. This is contrary to premeditated assaults, such as muggings and sexual assaults, where an aggressor has planned the incident and knows what they want to achieve/get out of it – they have a defined goal. Because in spontaneous situations there is no defined goal or specified outcome (the person you have spilt a drink over doesn’t know what will make the situation right for them), you may have the chance and opportunity to get them to consider non-violent alternatives that might resolve the conflict/dispute. However in order to do this, you must first take some of the emotion out of the situation so that they are able to consider these alternatives – this is the purpose of the de-escalation process.

To understand how this process works, we must first gain an appreciation for the way that people think, and interpret your actions and behaviors when emotive and aggressive. As you are reading this article, you are using your brain’s reasoning capacity, however if you were to become angry, this would start to shut off and you would start to process information using your limbic system brain. Your limbic system brain doesn’t understand reason and rationale, it is used to understanding disputes and conflicts at the social level, as a dog or a wolf would. Dogs and wolves are social creatures (bereft of reason) who resolve disputes through posture and submission e.g. one growls, snarls and makes themselves look big, whilst the other roles over and exposes it’s neck in a display of submission (conflict resolved).

When a person becomes emotional and aggressive, they start using brain functions and paths which are more animalistic – dog-like. They stop using their reasoning brain to process information, and start to see conflicts in a more dog-like way, with the person they are dealing with either posturing to them, or acting submissively. If you have ever told an angry person to calm down, you have probably been met with the response, “I AM CALM!” Instead of interpreting what you said in the spirit it was meant, they can only see and hear things from the perspective of them being either an act of posturing or submission; when you tell somebody to calm down, stop shouting etc., you are telling them what to do, and so they posture back to you – this escalates rather than de-escalates the conflict.

If they are extremely emotional, they may be using their reptilian brain, rather than their limbic system/mammalian brain. Their reptilian brain will interpret everything as being either fight or flight – reptiles are not social creatures in the way that dogs are and so their interpretations of threats, conflicts and disputes are much more basic; they either disengage or they attack (they can give warning signs, but these are different to acts of posturing, as only disengagement – flight – rather than acting submissively will avert and attack).
The goal of any de-escalation process should be to get an individual to stop working with their limbic system or reptilian brain(s), and start to use their reasoning brain again. If you can get an aggressor to start using and applying reason and rationale to a situation, rather than emotion, they will be able to consider alternatives to violence.

One way to get an aggressive individual to start using their rational/reasoning brain, is to recognize and inform them of their emotional state. Saying something like, “You seem really angry”, can be one way of doing this. Feelings and emotions, are not the same thing. Our emotional state is the physical state we are in, such as being adrenalized, our feelings are the conscious interpretation of that state, such as feeling angry or scared, etc. When we are highly emotional, and our reasoning brain shuts off, we are not able to “feel” our emotional state, we are just in it. By pointing out how an aggressor is “feeling”, such as being angry, will often cause them to register their emotional state; something that they have to use their reasoning brain for. A common response to this statement is, “Of course I’m angry, you spilt a drink over me!” This is a good starting point, as the emotional individual is now starting to process what has happened to them, and the reasoning brain has been engaged, even if it is not in full control of that person’s actions and behaviors.

To keep the person processing the situation from a rational perspective, you can follow up with the question, “what can I do to sort this out?” This question forces an aggressor to start using their reasoning brain to consider different alternatives, which would potentially satisfy them in the situation. The emotional limbic and reptilian brains, are unable to weigh up the pros and cons of different outcomes, and so have to hand over this decision making process to the reasoning brain. It may be that the individual responds that you can buy them another drink and pay for their dry cleaning. The fact that it is the aggressor who has determined the solution to the situation is important, as it allows them to posture in a controlled and directed manner, which means by accepting their solution, you are acting in the submissive role – in the animal kingdom – or when people are processing information – this submissive response will end the conflict.

If you were to make the suggestion that you should buy this individual another drink and pay for their dry-cleaning, it is likely that your idea would have been interpreted as you posturing to them, i.e. telling them how the conflict will be resolved – you setting the terms. There may of course be individuals who make preposterous and ridiculous demands e.g. you can buy drinks for them and their friends for the rest of the night, etc. In such cases, you can still keep the person engaging with their reasoning mind by saying something along the lines of, “I’m sorry but I’m not able to do that, can you think of anything else that might resolve this situation?” As long as they can keep on track, coming up with alternatives, their reasoning brain is engaged.

In some cases, usually when a person is working with their reptilian brain, they may be so emotional that de-escalation isn’t an option. The clearest signal that somebody is about to assault you, in a spontaneous act of violence, is when they lose verbal control and reasoning. When a person meets your statements or questions with silence, garbles and jumbles their words (“you drink my spilt!”) and/or simply keeps repeating the injustice over and over again, faster and faster e.g. “you spilt my drink!”, “You Spilt My Drink!”, “YOU SPILT MY DRINK!” these are clear warning signs that they are unable to understand or process what you are saying and they are in fight or flight mode; more likely fight. This is the time when you need to ditch your de-escalation process and prepare to respond physically either by creating distance for yourself, or by attacking pre-emptively; the time for talking is over. I have heard many people in the security and self-defense industry talk about other warning signs, such as changes in a person’s complexion, etc., and whilst these do occur, they can be hard to notice and identify, especially if lighting is low-level, such as a in a nightclub or bar, or if the person has been consuming alcohol. Checking a person’s ability to reason verbally is a much better indication of their emotional state.
Whenever you attempt to de-escalate a situation, you should do so in a non-threatening stance, with your hands out in a placating fashion, so that your body language and posture reflects what you are saying (see photo). With your hands out in front of you, in the international language for both “stop”, and “I don’t want any trouble”, you will be both confirming your desire to de-escalate and resolve the conflict as well as putting yourself in a good position to both defend yourself and attack pre-emptively; in any crisis negotiation you should be prepared to respond physically if necessary, even if this isn’t your primary goal.