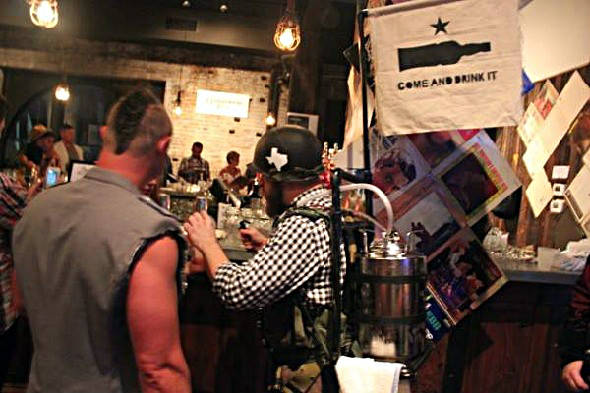 The Misunderstanding Of Applied Martial Technique

If you agree with my line of enquiry, then the question is why is this hyped-up aggressive approach to dealing with interpersonal violence so widely taught, and not just that, often as the primary go to strategy?

Most reality based self defence instructors often start teaching from the moment of the attack itself. Little or not time as I have seen is spent on anything other than dealing with the actual attack. Most everything else is cursory at best. Of course there are times when attacks happen without warning, but I would argue, and based on the students mostly being taught (i.e., civilians) there is a strong likelihood that what they will more than likely encounter in their lifetime (probably more than on one occasion) is someone bumping into them in a bar. As noted earlier in that situation, awareness, verbal jiu-jitsu skills, and a sensible, mature attitude are far more practical self preservation skills for the average Joe to have, than how to eye gouge someone.

Secondly, many reality based self defence instructors have never actually been in interpersonal violence themselves. This sets up an unrealistic mental framework of the reality of violence, which is, as I have been notting not something anyone who really cares deeply about their safety would want to be engaged in. However avoidance, verbal jiu jitsu etc, seems never to be adequately if at all taught in reality based self defence systems. For all the practicality expowsed by these reality based experts, much of what they teach isn’t reality at all. How could it be, they have no real experience themselves to begin with. If they did, they wouldn’t then glorify the violence as they do. It also wouldn’t be their default strategy to use violence to solve violence.

Thirdly, when these reality based instructors do train under someone who has real world experience in interpersonal violence they often choose ex-military personnel, preferably someone from a special force unit (it just looks cooler on a resume too). I am the first to admit, that someone who has gone to war and survived has a lot to teach the average person about managing fear, explaining the reality of real violence, and the psychological dynamics that underpin it. However fighting on a battlefield is not the same as defending oneself on civvy street. The mandate for a soldier (relevant to their role of course), and the level of violence that a solider is allowed to apply, not to mention the context — is very different to that of a civilian. Civilians not only have to protect themselves, but they also have to seriously consider the legal ramifications of the force they use.

Finally and my greatest concern, which harks back to the notion of a killer instinctive mindset to deal with interpersonal violence. Using my favourite resource on the topic of reality based self defence training YouTube — clip after clip one watches an attacker who attacks, a defender who defends, who then goes on to obliterate the attacker with a barrage of fast, dynamic, aggressive striking. While the attacker stops hitting after the first blow, proceeds to cower, folds under the pressure and then falls to the floor. Anyone else see a glaring problem with this?

There is an unconscious assumption in these demonstrations that the person you are fighting doesn’t know how to fight. I don’t know about you, but seldom did I find working as the head doorman outside some of Johannesburg’s roughest nightclubs for several years, where a person would only strike me once then allow me to do what ever I liked to him. People actually fight back. What is equally not taught is what happens when your super fast, vicious, merciless, counter offence doesn’t work?

Lets say you teach a person to preempt a potential violent encounter with another person, or lets say you teach to aggressively, and mercilessly mount a barrage of counter offensive moves when a punch is thrown at a person (all of course with the killer instinct that is required). But lets just say reality steps in, as it always does, and the permeative strike, or that barrage of vicious counter offence doesn’t work? Lets say the other person now not only fights back, but fights back even harder because they now want to survive at all costs (imagine that?) Now all of a sudden, not only didn’t the physical technique work, but neither did that bezerker killer instinct.

The defender may now find himself going from winning to losing. He may have started off pumped up, and hyped up on aggression, but now finds himself in a situation with all his physical resources depleted. Added to this his confidence has now taken a major battering, which may result at worst that he freezes or turns his back on the threat. When killer instinct doesn’t work, there is only one way to go, and that’s down into a negative spiral that most people who are not used to surviving violence will likely never recover from.

The Body Is Already Primed To Survive

The reality is, when faced with any kind of danger (real or unreal) the body is already primed for danger. For a long time the general consensus when talking about fear was that it was activated through a cognitive appraisal of a threat, which then invoked a fear response. That feeling of fear then drives the expression of behavioural defence responses. In other words we run from a bear because we see it, recognise it as a bear, and are afraid of it. More and more though, researches like Joseph Le Doux have argued that the amygdala circuit detects threats non-consciously, and in turn controls the subsequent behavioural and psychological aspects of the fear response. It is the cognitive systems secondary role to interpret the feeling of fear.

What does this mean? It means, that for the most part the body primes itself for a potential threat in absence of conscious awareness and control. It is in other words automatic. The ingredients for survival then are automatically set into play the second a threat is detected (often as noted unconsciously). Using an approach then that seeks to heighten that survival response though cognitively arousing the mental state and bodily attitude even further by getting a person into a more killer instinct frame of mind — at least from my experience — interferes with the bodies natural ability to attend to a fearful situation as it has been designed too.

Not to state the obvious, but our ancestors adequately survived much harsher survival situations than we would likely encounter as civilians today, and they did this before a martial art school ever existed. More over, the overlaying of more cognitive demands on the system, can have unintended consequences, often negative as I have outlined in this article.

This is why, I teach my clients to be completely trusting in their training, done through progressive stress inoculation, to the point that as best as we can, everything has been given over to unconscious motor skills, which then allow for space within the mind to decide how one would want to attend to the situation one finds himself in (i.e using the prefrontal cortex, instead of being ruled by the reptilian brain). In this respect, my approach is to teach my clients how to stay calm, centred and mindful in a survival situation, not to make them more hyped up. The body is already primed unconsciously to deal with the threat, you don’t need to now either hype it up more, or force it to work for you. All you need to do is apply a grounded strategy and subsequent tactical system to neutralise the threat you face. As the saying goes a clear mind, is a determined and focused mind.

The Samurai, born and breed for battle knew this all to well. Togo Shigekata, a Samurai, proclaimed: “One finds life through conquering the fear of death within one’s mind. Empty the mind of all forms of attachment, make a go-for-broke charge and conquer the opponent with one decisive slash.” In other words, true performance in a life and death battle requires a mind that is clear, focused, expansive and aware — not one clouded by aggression!

About the Author
Rodney King M.A., RSME is the creator of Crazy Monkey Defense, and its sister self-preservation program Combat Intelligent Athlete. He has taught army special forces and law enforcement teams how to survive a life and death encounter when all they have is their body to defend themselves with. You can find out more about Rodney and his work at www.coachrodneyking.com or www.crazymonkeydefense.com