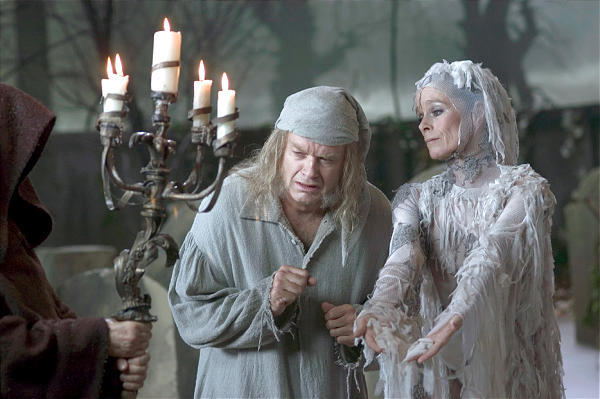 Scrooge, that wonderful character, skinflint, miser and sociopath, from ‘A Christmas Carol’ by Charles Dickens will no doubt have been on our screens in recent weeks. The book itself is excellent but I am an unashamed fan of Dickens. Scrooge was visited by three ghosts of Christmas past, present and future in order to teach him the error of his ways. The reason he has been on my mind, notwithstanding Christmas just passed is that the past, present and future have been much on my mind lately.

The past first. In December I received an email from a friend, Paul, offering me (and Bill Barrott) some books, he wanted them out of the way as he was clearing his mothers house after her death. We went round expecting a dozen or two books and were very surprised to be met by 24 boxes of books. Shocked more than surprised really. We are still cataloguing them to be fair when we can get together and it has been a really exciting experience. Paul wanted us to have them as he knew we would value them and he was right.

It is quite a collection and covers most of the martial arts spectrum and some great self defence books too. There is too much to look at, it is a library of the fighting arts, there are books there that I have failed to but on eBay, classic texts, some worth hundreds of pounds and multiple copies of some. However the value in monetary terms is secondary for me, holding in my hands some of these books is pleasure itself, one such text ‘Jiu Jitsu; A Manual of the Science’ by Captain Leopold McLaglan, (Undefeated Jiu Jitsu Champion of the world) is an absolute classic, and I would say is written around 1914. Pictures of Tommies fighting the nasty Hun or damn fine policemen dealing with roughs abound. I just love it.

There is also a 1931 edition of ‘Scientific Self Defence’ by W.E. Fairbairn, then Superintendent of the Shanghai Municipal Police, another absolute gem, better still as inside the front cover it is annotated with a list of regiments from 1939 to 1945 which we think this person trained and the towns and countries visited during this period, this book has travelled and been well used. This is not just a book it is a piece of social history,

I could go on and on about what we have inherited, 12 copies of the ‘Complete Kano Jiu Jitsu’!!! 18 copies of ‘The art of Ju Jitsu’ by Professor Yukio Tani!!! The thing is it is treasure, and we are its keepers now. These antiquated volumes with there incredible photographs are a resource that has value beyond money. For me they represent the history of what I do and even they do not reach back that far. The above mentioned Captain Leopold McLaglen talks of authentic sources quoting Ju Jitsu to have been in existence two centuries before the existence of Christ, well that is some time ago but these books are tangible, you can see, feel smell them. They are historical documents, they are the past.

The present is fleeting, ever changing, we are constantly running to keep up with an ever changing world. Some things stay largely the same though, I am thinking of my training, our training, it is a social activity after all. Immediately after writing this article the music goes on and the weights come out, that is me investing in me time. Later I will be training a class in self defence and combat fitness and tomorrow 2 classes of Ju Jitsu, I teach and train a lot. The link between past and present is unbroken. Recently I have been filming and photographing our syllabus, this is to provide a training aid for all my students. Jayne pulled one book out from the collection and showed how good the photographs were as illustrations of techniques we teach today, we will imitate this.

It seems like nothing is new, we are quite literally the current custodians of our arts. Ours is the responsibility to keep the tradition alive. Evolution means that things can and do morph, they change subtly over time but the central tenets remain the same, it is our responsibility to pass them on.

This is where the future comes in. My youngest daughter Frances is a first dan in Ju Jitsu, she has not trained for some time but her son is now at the start of his journey in Ju Jitsu. At our Ju Jitsu Christmas party here at Smith Towers, he could barely contain himself when he opened his present and found a pair of sparring/bag gloves, granddad had to go get the focus pads out and he certainly gave them a pounding. Jaynes son and Bills son and daughter are all training now for their black belts. They are the future and the present and future are inextricably linked every time we train with our juniors. Training anyone is a privilege training our young is an awesome one.

Indeed the past, present and future are inextricably linked in so many ways. Looking forwards and backwards helps us make sense of where we are now and who we are now. Identity is central to our sense of self, for many of us what we do, our job, our hobby whatever, helps us to form the sense of self we call identity. For myself, I had no idea when I walked into our dojo, where we still train, that I was taking such a major step, one that was literally life changing.

It seems I stepped into a form of time travel, not just for me either, it was like throwing a stone in a pond, once thrown you cannot stop the ripples moving outwards or the stone sinking to the bottom of the pond. So life goes on into another year, my grandchildren grow and the eldest trains with me now as did his mum, life is complete, but it is not. It is too early for that to be possible. As the past stretches back behind us the future stretches out in front. There are paths not yet discovered that we may or may not choose to walk down, I took the crazy decision to learn to ride a motorbike last year and passed my test and bought a bike, a Suzuki Bandit Streetfighter 1250cc no less, some bike!

So what lies ahead will be interesting to find out, as my Academy and CRGI grow my/our universe expands, new vistas appear daily, its a roller coaster life. I will take my 4th dan grading and Jayne her 3rd dan, hopefully our examiners will think us worthy of passing and your editors will make progress, many of our students will grade too, they will learn the ancient art and some of them will go on to train others, Jaynes son will become an instructor in the near future I am sure, he certainly has the potential.

Yes there are occasional uncertainties, problems along the way, sometimes huge obstacles appear but history teaches us one thing, there is no going back only looking, we need to keep going forward. When I teach fighting skills I maintain putting down effective suppressing fire and continuous forward movement, it is how I am, I know other tactics work better in certain situations but I suppose I am a take their ground and hold it kind of guy. So I leave you with a Happy New Year and a suggestion, take a look behind you, then take a look in front, what you see will help you make sense of where you are now. Do not end up like old Scrooge tormented in his bed, you choose what you do, no one else, the past, present and future are one not three.