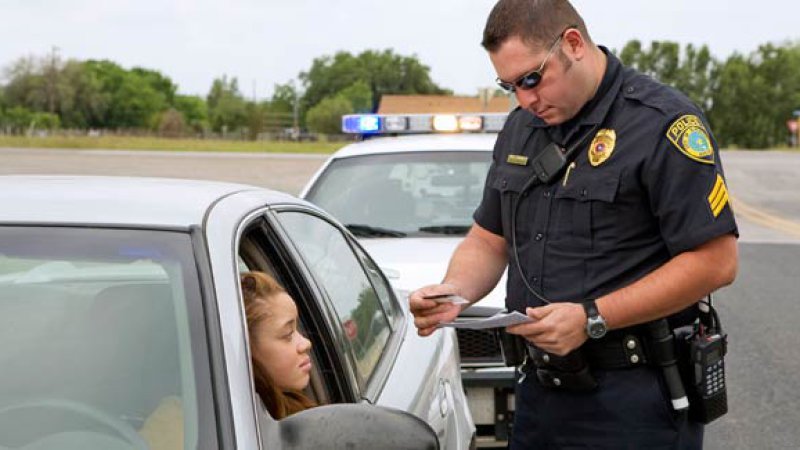 In modern Western society, we have delegated the enforcement of social rules to a profession. Controlling behavior is no longer the province of a hereditary caste, or the duty of tribal elders or shaman. We have the police.

Individual police officers decide who will be be pulled over for a traffic infraction and who will not; which crimes will be investigated and which will not. Who, in a dispute, will be believed and who will not. This is discretionary power, the power of personal decision. It is and always has been one aspect of rules enforcement, for that matter an aspect of every human interaction. But when wielded by police, discretion can be a hot-button issue.

On a fundamental ethical level, to enforce only the rules one personally agrees with would be the essence of corruption. We all personally approve of and disapprove of different laws. Some see anti-smoking laws as assaults on personal freedom, others as affirmation of public health…and often the exact same people have the exact opposite attitudes depending on whether tobacco or cannabis are the smokable under discussion. When an officer signs on for the job, he or she signs on to enforce the law, not a personal worldview.

But this cannot be an absolute, either. Because at the other extreme we have the Nuremberg Trials and “I was only following orders.”

On the scale between personal corruption and corruption as the mindless enforcer for the state, we have officer discretion.

First and foremost, citizens say that they want a fair and impartial police service. In practice, people want the opposite. In actual interactions with police, almost universally, citizens want understanding, compassionate and forgiving officers judging them, and by-the-book robots dealing with others. Don’t believe me? How many times have you hoped the police would ticket someone who you thought was driving poorly? And how many times, when you were pulled over, did you think your excuses should be honored?

People fear the police. They are individuals that theoretically have the power of the state behind them. They have belts full of weapons and access to more. In every state’s quest to have a monopoly on violence, the police are the visible representations of that.

Conversely, the police, in the WEIRD* world are controlled by politicians, by the media and in the end, by the citizens. They live and work, especially in the era of the 24-hour news cycle and social media, under a quickly-shifting and seemingly arbitrary standard of right or wrong behavior.

In the interaction between citizens and police there is another factor that flies in the face of our ideals. We can recognize that every dispute, every interaction between two people is different. We have a much harder time accepting that the people coming to solve those disputes, the officers, are not equal. Not every officer understands psychology to the same degree. They can’t all be expected to be fluent in all languages spoken in their district. Some are great shots, some poor. Some are cool under a crisis, some panic. No two officers are the same and thus expecting “fair and equal treatment” is both a practical and physical impossibility.

This is probably the crux of the issue with officer discretion. Absolute lack of discretion is a totalitarian nightmare, where any child who takes a candy bar from a grocery store is branded for life. Total discretion will have officers enforcing their beliefs, not the laws. And there is no happy medium. No place where one can say, “Discretion for X but not for Y” without bad outcomes.

The police would arrive and even though all the residents said nothing had happened, and there was no physical evidence of any crime, the officers were required by law to bring someone to jail. One of the very confused people would be taken to jail. The other would leave trying to get enough cash for bail money. And the house would be left conveniently vacant for the burglars who called in the complaint.

Completely aside from the fact that many criminals are masters at manipulating even the best-intentioned rules, have you ever known micro-management to improve human interaction? Writing policy may remove the prejudices and failings of the officer in the field, but only substitutes the prejudices and failings of a bureaucrat who isn’t even present to see, hear and smell that moment.

I see no satisfactory policy answer. Maximizing the discretion of officers allows the people at the scene to make the best possible choice for all concerned. It also, however, clears the way for the stupid, the vain, the power hungry and the cruel to act with a free hand. To remove discretion entirely would require a good policy for every possible situation— an impossible thing to either write or to memorize.

To complicate matters even more, we cannot define a good decision. In the matrix of human interaction, most call those decisions “good” from which they or someone they identify with benefits. When riots broke out after the grand jury decision in Ferguson we saw United States citizens rioting against their own civil rights.

A vocal enough group with vested interests can create a media storm that retroactively turns a good decision into a bad decision. Perfect officer discretion requires not only good judgment and good information, but also the ability to see the future.

The best option, so far, is to recruit the best men and women available, train them to the ultimate degree, have them apprentice with older officers of proven judgment…

That is the ideal, but there are about 900,000 sworn officers in the US alone. Do we have a million perfect people, eager to apply for a thankless, high-stress job? Training is expensive, and an easy thing to cut from the annual budget. New officers apprentice under older officers, and those older officers are people, some good, some bad, some wise, some completely burned out.

To sum up:
The problems with discretion:
Discretion will be misused in some cases
Will be a lightning rod for people who want to call things misuse
Not all officers will have equivalent judgment or skill
The socratic ideal of “fair and equal” is impossible
Officers will be manipulated (but they can learn)

The problems with removing discretion:
Striving for a socratic ideal becomes heartless in the particular
It is inflexible
People will be punished for using judgment
It is reactive to misplaced public pressure— black swans wind up driving policy
Bad people are very good at manipulating systems, and systems are slow to adapt
*Western, Educated, Industrialized, Rich, Democratic

One thought on “The Matrix of Discretionary Power – Rory Miller”