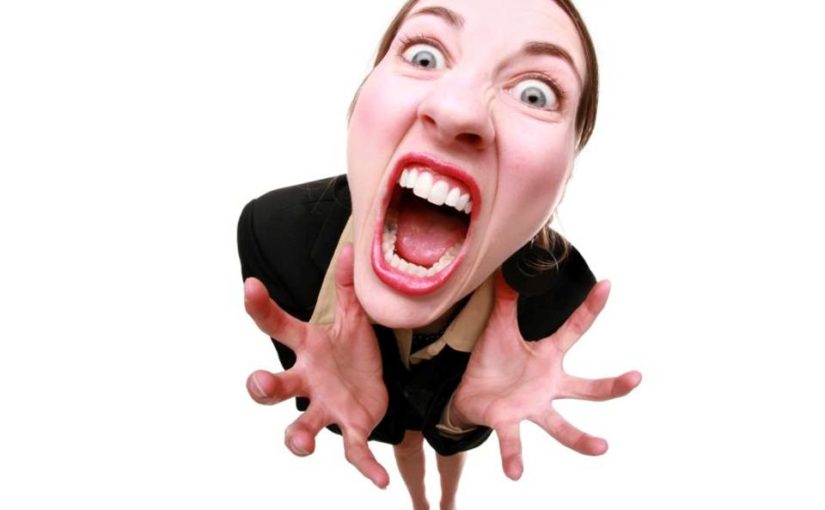 The vocal portion of the Monkey Dance is a subset of this behavior. Whereas, the Monkey Dance many times climaxes in a fight, a purely vocal Monkey Dance does not. It has the majority of the elements of the full Monkey Dance. It is inherently social in nature. The behaviors are driven by the Monkey Brain. An audience is usually involved. But there is one significant difference. The participants don’t intend to cross the line from verbal into physical.

A vocal Monkey Dance between two or more parties can be viewed as a Monkey Dance that didn’t quite make it to the fighting Monkey Dance stage. In many cases, the parties involved don’t really have any intention of actually fighting.  They are posturing and pretending to be preparing to fight. But the Verbal Monkey Dancer is something else. This person has no intention of fighting in the first place. He or she isn’t posturing for a fight. He or she is certain that he/she will not be physically responded to regardless of his or her abusive behavior.

Unlike Monkey Dancers that are in the vocalizing stage, the Verbal Monkey Dancer, doesn’t expect a physical response to his/her actions regardless of his/her outrageous behavior.

The reason that this person can get away with these actions is that he or she is a member of some type of protected class where the use of physical force against him/her would be considered unacceptable by society. Some examples of protected classes are: women, the young, the elderly, and people with disabilities.  High status individuals can also be Verbal Monkey Dancers. It is as if the person has an invisible protective societal shield. The Verbal Monkey Dancer knows that it is unlikely that the subject of his/her violent behavior will respond physically. Therefore, he/she feels free to unleash both verbal and physical abuse.

It is important to note that while people in some protected classes are frequently targeted and victimized by Predators because they are considered easy victims, not all members of these classes are only prey. The Verbal Monkey Dancer has recognized how to use his or her social status to prey upon other people through his/her bad behavior. This person is able to identify people who are unlikely to physically attack him or her regardless of what he/she does. In some ways, some Verbal Monkey Dancers chose their physically stronger victims in the same way that a Predator chooses physically weaker victims.

There is also a type of Verbal Monkey Dancer that doesn’t depend upon the shield of society for protection. This person feels protected by some type of barrier that they feel keeps them safe. Imagine a person, yelling at others while standing safely behind a fence. Or a car driver spewing abuse at someone on the sidewalk knowing that he can easily speed away.

In the age of the weaponization of mobile phones and social media, sometimes the safest defense against Verbal Monkey Dancers is to record their bad behavior as evidence of their abuse.

Beware of the Verbal Monkey Dancer!