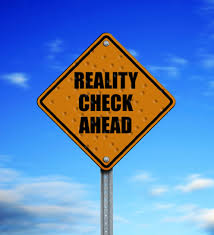 The Seeds of Enlightenment

I had a very interesting talk with my Sensei yesterday when discussing a book that we are working on. It will be about HIS Martial Arts, and his seminal contribution to Reality Based Training – Kapap.

While talking we were discussing how some Martial Artists have gotten a bit away from the reality of what they are ‘training for’ and teaching it to others as the truth.

He spoke for several minutes about the efficacy of their goal. He has found a very sobering and straightforward way to open their eyes to what they might really face.  Reality. It’s nothing like what they think it is or will be.

His solution got me to thinking and I asked, “do you think that they’ve become too comfortable working with willing uke’s and the safe ‘sport’ rules adhered to in training in their home Dojo’s, and the rules generally extended to visiting ‘teachers?’

There’s nothing more sobering than seeing what the realities of ‘your art’ are when used in the capable hands of an untrained assailant – one that doesn’t follow the rules that you follow. The reality is that you don’t need to be an expert to prevail – it’s proven that un-trained people are every bit as capable and often even more so – because they don’t follow the rules. They aren’t going to follow your conventions, your body movements, your flow drills. They’re going to kill you by using your ego and ignorance to this fact against you.

Of course, this is nothing new, but over the last 9 years that I have been involved with Martial Arts, I had a gut feeling based on my reality – dealing with non-compliant types on a daily basis.

I write this article to speak to this unspoken and deadly issue. Not to offend anyone for the sake of doing so, but to make those that continue to delude themselves stop and think. Think hard.

The Concept of Change

Think about this concept. You feel very strongly about a subject that’s important to who you are. Using this subject as an example, I propose that you can change either side’s viewpoint through education.

There is a universal way to get a portion of the other side (differing viewpoint) to change their minds about this subject. If you are pro or con doesn’t matter, it only matters that you can be persuaded to at least consider changing your stance. It won’t take more than a minute or two to do this effectively. That solution is education.

I can think of many subjects where this would be effective – hot topics all, but the method would work as effectively.

Testing… testing… is this thing on?

I’ve read more than a few articles and books about de-humanizing people, soldiers specifically, but it could/would work on most any civilian.

To make change happen, sometimes it forces us to endure and experience things that make us uncomfortable.  Viewing real violence makes us uncomfortable, and it can do so on many levels –psychologically, and physically. It changes us, and we can’t ‘un-see’ it. It may lie dormant, never to be seen again, or it may have an instantaneous effect. It may simmer for now and be triggered at a later date. But undeniably it changes us.

Now the reality is that humans are very crafty and capable creatures – we can love and yet hate. We can create beautiful things and yet be capable of destroying those very same things.

We’ve had millennia of striving to become civilized, and yet we still possess the universal instinct of survival – it is after all what keeps us alive and allows us to propagate the species, and yet it’s not going away anytime soon.

For too many years we have been spoon-fed another reality though – through the glass teat we know as ‘TV.’ For many years, Police agencies have had the daunting task of trying to wipe that slate clean in the brains of our young officer recruits.  Think: Hollywood vs. Science. As an example I offer: When shot the bad guy always dies right away, but only after being forced backwards by the impact of the bullet(s). The reality is: it doesn’t happen like that.

I recently attended a Civilian Police Academy – the first of it’s kind in my area, to my knowledge. It was an invite-only affair, and the main qualification for this no-fee three day, 10-hour course was that you’d agree to attend all three days. Class size was limited to 35 students, and we represented not only the curious and willing, but also a very diverse group of community activists, professionals, and just plain civilians.

The primary objective was to educate the public – and I’d guess to turn their heads away from the misleading and outright deceitful rhetoric coming out of that TV and/or in print or social media about the truth and facts of Police Use of Force Incidents.

To their credit, it was always truthful and very enlightening. As you might not have guessed it was also open to any questions and the officers were willing to answer without hesitation. They did so in a positive manner and never once took it as you’d face an opponent, but as you’d face a partner. I would not have thought this possible. They were passionate and educated. The young officer that was the primary speaker had a depth of knowledge that was comforting to me. It made me curious, as I haven’t spoken with too many people that possess that level of depth and knowledge about violence.

My resources have brought me to a new level of education on violence, and I’ve coupled that with more than 8 years of real-world violence interaction.