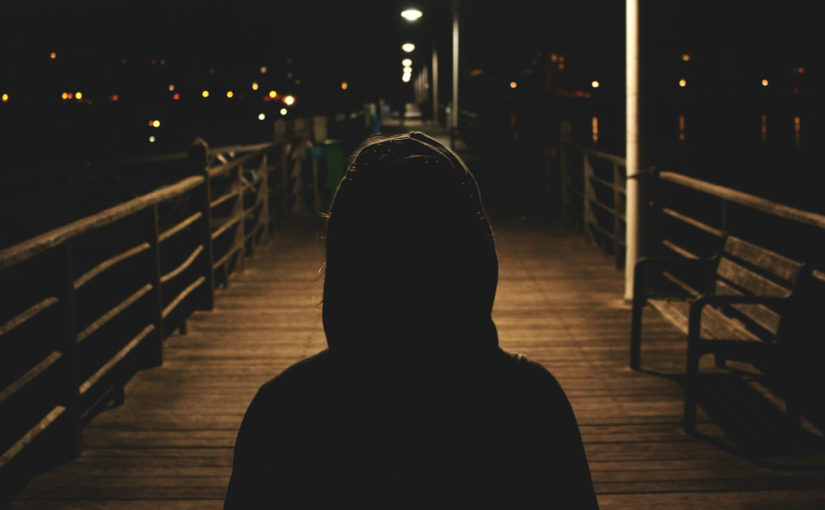 It was not easy. It was brutally, achingly difficult. I had to cut ties from people who were not in my best interest. I also lost friends for a short time, who did not know or understand the full scope of what happened to me, until later.

There were countless nights that I was either crying to sleep, or having nightmares, or sometimes both. I lost a comfortable QA job with a software company somewhere in the mess of this Tall Badness of a relationship. That meant taking menial labor jobs, only given to high school dropouts. And I have a college education.

Talk about swallowing one’s pride in order to put some food in the cupboards.

I had to accept financial support from family members, which as much as I deeply appreciated it, it was also a brutal blow to the self-esteem at an all-time low in my life.

I had to struggle with the fact that I was psychologically damaged when I tried to date again, and found myself quite simply, scared as fuck and running for the door, whenever somebody tried to touch me.

I struggled with being angry that other people could easily date, enjoy intimacy, do the regular Tinder hook-ups, or Netflix & chill. I just simply couldn’t do it. This was a point where I had to give myself patience, and grant this same consideration to people who couldn’t figure out why I was not quite myself again. I can do it now, but I am understandably guarded.

I had to learn to like myself. It may sound simple, cheesy, perhaps even lame. But this? Damn, it was a difficult one. And it was anything BUT simple.

I had to recognize that if I liked myself, then I had to start making choices that were in my best interest. That meant honestly believing that I deserved high quality people who respected me, cared about me, and wouldn’t dream of hurting me, or playing selfish, cruel games.

If I kept on the current path thinking that I was an awful person, and didn’t like myself, well then…I was just going to keep making choices that allowed people to take advantage of me, prey upon this nagging need to prove myself worthy, to be loved and cared for.

Which path did I want to take? It may sound like a no-brainer, but making that decision to change, and then put it into action required serious mental reconditioning. I was not raised in an environment where positive, healthy love was in abundance. Far from it. So taking a different road, it was not without trial and error. I had moments where I would hit a wall, trust the wrong person, get depressed, and then try unsuccessfully to avoid life’s messiness.

But I had to get back into living, and keep trying. Fall down seven times, get up eight, right? As martial arts and self defense practitioners, we do not see a move only once, and we know it perfectly immediately, right? We learn and master it by repeating it. Over and over, until we get it flawless, until we get it right.

So that’s what I did to re-learn being human, with a normal level of self-worth again.

All of this lead me to consider whether forgiveness was possible. It sounds rather simple, doesn’t it? Kind of a sweet, saintly ideal.

Well, I discovered that it’s not a simple, sweet thing. It’s complicated, and it’s hard.  Some days are great, and I feel that “light as a feather” feeling.

I learned that forgiveness does not have to equal forgetting what happened to me. That’s an impossibly tall order. It happened, and it changed me on a cellular level. But, I do have the choice to determine how I want it change me.

Not long ago, I was watching a clip of Tony Robbins, the motivational speaker talking at one of his seminars, to a guest in the audience. He spoke about blaming people for the bad shit that happens, but also blaming people for the good shit that happens. He openly acknowledged to the audience that he was physically abused by his mother. And yes, he blames her for the abuse. He didn’t skirt around that. But he also blames her for the wonderful marriage that he has. He loves and adores his wife, because he learned what the opposite of a healthy, loving relationship is.

And this, really spoke volumes to me. I can blame the person who hurt me for all the bad memories, and the psychological damage. But…I can also blame him for the fact that the bad events, and his behavior forced me to re-evaluate myself, and determine that I deserved better, and that it was time to make more conscientious choices.

It’s made me more patient with myself when I screw up, say or do the wrong things, and it’s made me more empathetic when I see people I also care about, making their own gaffes.

We’re human. We hurt ourselves, we hurt each other. Let’s not stay in neutral.

My bad experiences ended up helping others at surprising, unexpected moments. There were a few times over the past two years, when I found myself holding someone’s hand, and listening to the recounting of a horrifically damaging situation, that mirrored my own. I was able to relate, to have compassion. I may not have had that capacity if my personal Ground Zero hadn’t happened.

Funny how that works, kind of paying forward compassion.

Have I completely forgiven, or completely healed? Eh…Yes and No. I have good days and bad days, just like anyone else. The good thing is that the good days, far outnumber the bad nowadays.

I’m hoping that time and patience will take me the rest of the way.

If you are a self-defense or martial arts instructor, I hope that this helps you gain some understanding when teaching persons you recognize to have undergone some sort of trauma or violence. It really can happen to anyone, and the process of dealing with returning to a normal life, well….It doesn’t happen easily, just because you teach them how to get out of an armlock.

We can teach all the physical maneuvers and defenses we want, but we should also encompass a certain level of empathy and understanding into HOW we teach. Learning to live a life outside the training hall/dojo, it’s hard for your students. And it takes a lot of grit.

Don’t ever mistakenly think that you’re too mentally tough for this to possibly occur to you, or someone you love.

Don’t trip on your ego, your belt level, your certifications.