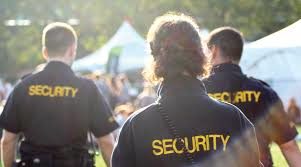 It is common for people to want to increase security for themselves, their family, their neighborhood, their country, etc. In most cases, people think in terms of adding security measures in an existing security system. The basic thinking is that the current security system has a weakness that needs to be reinforced or a hole than needs to be filled.

For the sake of this writing, I am going to talk about security in terms of a security system and/or security measures while safety is the inverse of absolute risk from a harmful event. The lower the risk of a dangerous event occurring, the greater the safety. This relationship applies to both personal and public safety.

Security is some action or measure than is done to protect against a known risk. The simplest example is a home security system which is designed to help prevent home invasions and burglaries. Another example is carrying bear spray while walking in the woods. These are two means of raising the level of your security system.

Safety on the other hand is really a function of the overall ecosystem. Safety is determined by the result of the interconnected factors that make up the entire ecosystem. One of these factors is the security system.  The level of a person’s safety is a function of his or her risk to danger. Public safety is determined by the public’s level of risk to danger.

How can this be? For example, assume that you wear a padded vest as protection against being punched in the chest. It is an undeniable fact that if someone punches you in the chest, you will be more protected than without the vest. Therefore, you must be safer, correct? And if everything stayed the same, you would be safer. But everything doesn’t stay the same in an ecosystem. Its very nature is to be interconnected. Therefore, changing one element has the effect of changing some or all the other elements.

In this example, it is very possible that wearing a padded chest protector in public will influence some people to want to punch you since you now are a juicy target. Therefore, your risk of being punched in the chest has just gone up. And while you may be more protected from the chest punch, you may end up falling and hitting your head. You may end up getting into more fights then before you had the chest protector. The overall result is that your safety decreased even though your security system has increased.

Getting back to the fence example. Let’s assume that the fence surrounds an apple tree grove. The fence has the effect of keeping all but the most determined people out. These few people climb the fence and steal a few apples every day. Therefore, you decide to make the fence higher and top it with barbed wire. Now even the most determined thieves will not risk climbing the fence. Your security system is stronger.

But the safety of the apples depends upon the ecosystem in which they exist, not just the strength of the security system. Since the determined thieves can no longer climb the fence to get the apples, they change tactics and join with many others to ram a huge hole in the fence. The net result is a hoard of people who attack the fence, create a hole, and pillage the apple grove. The overall safety of the apple grove decreased despite the increase in the security system.

In real life, there is always an ecosystem. Therefore,

Therefore, it is impossible to determine whether increasing the strength of the security system will increase or decrease overall safety unless all the elements of the ecosystem are taken into consideration. Every person and every entity exists in a unique ecosystem with different factors to consider.

Don’t be fooled by those who think that safety is that is always the same as security. Or those who consider that increasing security measures is simply a matter of “common sense”. They don’t know any better.