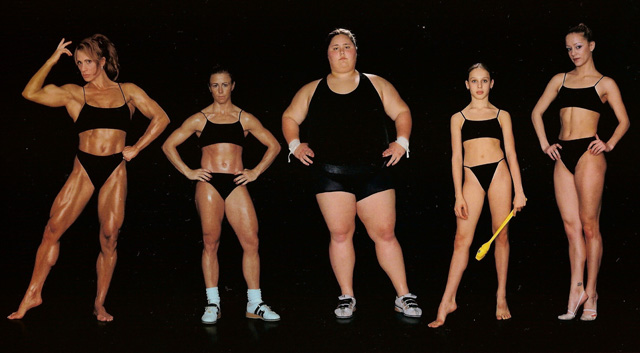 When I was a child at school one day I got into a bit of a playground scrap with a boy who was bigger than me and a bit of a bully. During this struggle he was attempting to apply some sort of crude strangle or headlock upon me when I managed to pull free and swing around and quite by chance I ‘clocked’ him one with the back of my fist on the side of the neck.

I saw the shock register on his face (he must have also seen the bigger shock on mine!) I then saw pain register and that closely followed by fear. He held his neck and mumbled something about ‘next time’ and wandered off. I never really had much more trouble out of him after that episode. I didn’t realize then that I had used an attribute so often taught in Martial Arts systems.

When I hit him it wasn’t because I had suddenly become bigger, stronger or harder, that wasn’t the reason that made him back off. It was because I had hit (totally by accident) a vital point on his body that hurt and confused him and he didn’t fancy getting another! What a stroke of bloody luck for me!

Years on in my Martial Arts journey I began to learn about weak spots, vital points, pressure points and began to understand that no matter how big or muscular a person can be, these areas are vulnerable on everybody.

I was curious and enthusiastic to learn as much as I could on this topic, as most of the people I began to encounter in my life were larger than me.

The more this area of skill was tried and tested the more things I learnt and the more myths I dispelled about the subject of vital points/Atemi, waza etc. Some areas of the body as soon as they are struck give an immediate profound and instant reaction to an attacker, i.e. eyes, groin, throat. By attacking these areas it also opens up other vital points, i.e. finger claw to the eyes, knee to the groin. Other areas are highly sensitive but very difficult to hit accurately. Accurate targeting is a big factor, knowing exactly where and how to strike and knowing what potential effect and affects the strikes will have is also essential.

Here is a short test, do you know where these following points on the body are if you had to strike or attack them? Clavicle, spleen, patella, cervical vertebrae, mastoid, coccyx, femoral artery, sciatic nerve, liver, sub-clavical artery?

How well did you do? It is important not only for your own self-protection but also for your ability as an Instructor.

I used to play a little mind game with people that I came into contact with. I would play the ‘what if’ game. What if this person wanted to attack me then how would I go about striking them? What are their obvious strengths or weaknesses? How big are they? How tall? How heavy? Etc. I still use it now and it’s a great way of running through planned pressure point strikes and routines. Learn to study people’s body shapes and think where best would it be to attack them.

There are basically three body types: Mesomorphs, Endomorphs and Ectomorphs.

Body types and physical characteristics can affect how you may attack the various vital points. Confronted by a tall opponent, who is slim, you may decide to attack their legs with kicks and sweeps to bring them down to your size. A smaller person you may decide to grab and grapple and hold them in place while you pick your strike.

Attempting to attack the neck area of someone like Mike Tyson for example may not be the best of strategies. His bull-like neck and heavily muscled shoulders protect his windpipe and carotid arteries. These things can be considered when studying potential opponents.

You can have a situation when there are two people who have strikingly different body structures and characteristics, by looking at this you can see how a strike can be instantly effective or not.

Again for example the chin/jaw can be a great KO target but if you are 5 foot 2 and your opponent is 6ft 6, how the hell are you going to reach the target without help of a stepladder (more details of this in my book ‘I thought you’d be bigger’). So you will have to go for something else first. Punch the opponent in the groin and bring him down and forward and you can then execute a perfect blow to the jaw.

If you are faced by a 17 stone body builder, whaling punches at his chest or abdomen isn’t a smart tactic but if you strike the sternum (breastbone) with the point of the elbow it would have an effect. Just by targeting and being accurate you get a result. Again faced by the same opponent and you ‘kicked off’ with a hard stomping kick to his shinbone, no amount of pumping iron can protect this vital spot, then followed up with a thumb gouge to the eye you could be on a winner! There are no muscles in the eyeballs.

But these things have to be practiced on a daily basis to work. The difference between gouging an eye and a cheekbone can be a matter of whether you win or lose.

In my training and teaching I have noticed how people, even senior black belts, have an idea where vital points are but not the exact spot and that makes a big difference to what works and what doesn’t. Time spent studying and practicing Atemi to vital points is time well spent. Don’t just throw something in the general direction, but try and hit the right spot. Remember my little story at the start?

As a training drill you could for example use a knife hand strike to the carotid artery (the exact point for striking the carotid sinus is underneath the angle of the jaw line an inch or so back from the windpipe and not the side of the neck where a lot of people hit.) Now start off slowly and ‘touch’ strike the spot and then build up gradually your speed. If you perform a dozen touch strikes try and accurately hit the carotid sinus a dozen times without fail. If you manage 9 or 10 at speed that’s good, 6 out of 12 you’re halfway there but must improve, any less and you need to get to work on your targeting. You can do this with any strike and improve the targeting immensely.

Another drill is for your partner to call out a vital spot on the body and you must instantly and accurately hit that spot. This not only improves the targeting and your reaction time but also gets you familiar with the names and placement of the vital points. These are just two ideas to work on to improve your skills.

When you also study a person’s characteristics other things can be taken into consideration in relation to what may motivate you to go for certain targets.

Trends can also have their disadvantages. Long hair can be pulled; twisted and painfully manipulated, earrings can be tugged and wrenched free. Long facial hair can be grabbed and twisted for control or ripped out. Glasses can be shattered into the eyes etc.

Also certain dress can go against you. A motor cyclist’s full-face crash helmet can inhibit most face strikes; heavy leather jackets can nullify a good body shot etc. These are all useful things to consider in the reality world of combat.

If you are studying a potential assailant then become attentive. If his hands are covered in heavy rings, know they can be lethal knuckle-dusters. If he has heavy boots on he may favour kicking and stomping. If he’s wearing a muscle vest he may want to maul and grapple you. If he’s wearing a dress run like hell! No, but seriously these things all go hand in hand with your vital point’s knowledge. They can give you the edge you need.

Much rubbish has been pedalled about pressure points. Striking a compliant person where you have also planted the suggestion in their mind that the strike will hurt or drop them is a world apart from some ‘crackhead’ coming at you in fighting mode.

Some of the pressure points being mentioned are so small you just wouldn’t have the accuracy to strike them. Remember one of the first things to deteriorate in real combat is fine motor skills. Any technique that replies on fine motor skills is going to fail.

We have even got demonstrated on face book now ‘no touch knockouts’ were so called experts will point at an opponent and they will hit the floor as if they have been shot. What the f..k? If these things work why haven’t we seen them in the Octagon.

A human being in full fight mode is a formidable creature. The body can take untold punishment. Most pressure points will fail or come up short. You will need the ‘big guns’. These are what I refer to as ‘Manstoppers’ using my ABC system. They are based on empirical knowledge not bullshit.

Now close your eyes and imagine your worst nightmare. He’s in front of you now. Huge, strong, ugly (par for the course) face like a road traffic accident. He’s foaming at the mouth; he wants a piece of you, he says he is going to tear you limb from limb, then start on your family. What are you going to do? Are you really confident you can hit those recommended spots that the Guru’s online tell you will magically work or haven’t you done your homework and your training to really be sure? Don’t wait until this nightmare materializes get to it now so if your nightmare becomes a reality you know what to do!

If you enjoyed this then maybe you would like to download my MANSTOPPERS FREE REPORT now at the link on my homepage of www.kevinohagan.com.