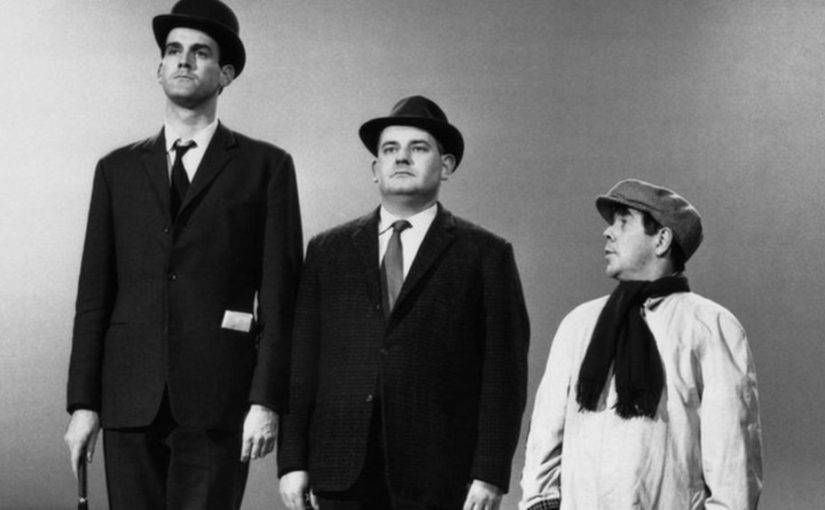 The human world is based around rules. For society, these rules come in the form of laws and regulations governing peoples’ behavior. For individuals, these rules are based on how we want others to behave toward us. And also a set of personal guidelines on how we should behave toward others.

Society’s rules come with a description of what constitutes the rule along with instructions on how the rule is to be enforced when violated. On the other hand, our personal set of behavioral rules are unclear. They are more or less based on our feelings. How these rules are communicated and enforced depends a lot upon the particular circumstances we find ourselves in. As a practical matter, for most of us, how we deal with our own rules is made up on the spot. We wing it. We play it by ear.

When it comes to society’s rules, we expect them to be enforced in a manner that is independent of gender, race, religion, social class, etc. We expect the rules to be fair to everyone regardless of “who” they are. But when it comes to our own rules, it is the exact opposite. Most of the time, we decide how we will enforce our own rules based on how we feel about the violator. And how we feel about someone is usually tied into their gender, race, religion, social class, etc. In fact, we deal with our own rules in the exact opposite manner that we expect society to handle its rules.

Most of our rules revolve around our personal sense of fairness and respect. We are very conscious of how other people treat us. We expect to be treated fairly and respectfully. When this doesn’t happen, we feel we have been violated. We now desire to enforce the violation. To what degree the violation is enforced depends upon to what degree we feel we have been violated and/or disrespected.
The problem is, that depending upon who we are dealing with, the very same event, can be perceived differently. People in more respected social classes are given more leeway than those in lower social classes. Lower social classes usually contain minorities, the poor, the less educated, people with disabilities, etc. Depending upon the situation, women can be in a lower class. Sometimes, they are in a higher class. Attractive people are usually placed in a higher class. Unattractive people are usually placed in a lower class. There can also be class distinction along tribal lines, where anyone outside the tribe is placed into a lower class.

When it comes to dealing with interpersonal conflicts, people in higher classes are usually able to “get away” with a lot more than those in lower classes. What works for them doesn’t necessarily work for everybody. Lower classes are more likely to receive a backlash from their personal enforcement actions. Particularly, if a lower class person is trying to enforce a violation from a higher class person.
Therefore, it is important to keep in mind that if you find yourself getting instruction on conflict management strategies and tactics, social classes matter.

If the instructor is in a higher class, what works for him or her may not work for you. He or she may be able to do and say things that are perceived differently than if you did or said the exact same thing. Sometimes, an action from one person may be perceived as appropriate enforcement and create the desired effect. But this very same action, from another person, may be perceived as Over-Enforcement and bring about an unwanted backlash.

When it comes to effective conflict management, it is critical to take into consideration the dynamics of social classes between the involved parties when assessing what type of response to make.