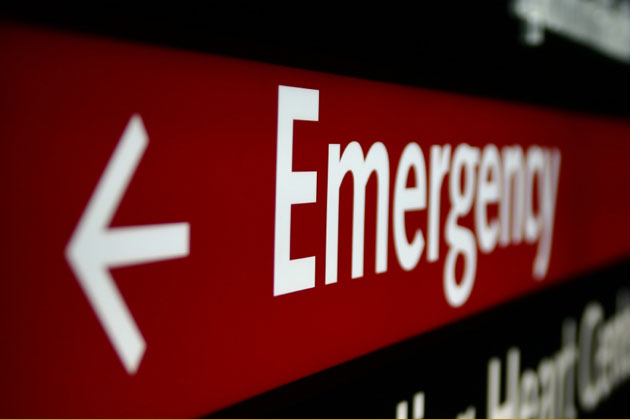 I recently came across a news story about a male college student in Iowa intervening when he perceived a group of men were sexually harassing a woman. Consequently, the man ended up in the hospital with multiple injuries when the group of men attacked him. According to an interviewed “expert” on Bystander Intervention training, the young man had acted in “textbook” fashion. He had done everything right.

Read or listen to the full story here:
http://iowapublicradio.org/post/isu-student-severely-injured-after-intervening-street-harassment

While I applaud this man for his courage and willingness to step up to help a woman in distress, in my opinion, the man actually engaged in conflict mis-mangement.  In order to bring more knowledge to this issue, I turned to a true expert in the field of conflict management. One who deals regularly with drunk, belligerent, dangerous men and women on a nightly basis – Clint Overland.

Erik: “Regarding the incident as outlined in the news story, what is your interpretation of what happened?”

Clint: “As I read the news accounts and watched the videos from the news, the Victim seemed to want to do the right thing and stop the harassment of a young woman by a group of 8 or 9 men. But, he didn’t have a clue as to what he was doing, and who knows if it wasn’t a setup ambush. I have seen things like this occur in bars over and over again played out with different scenarios. Ambushes like this work because they play on peoples need to do the right thing.”

Erik:  “In your opinion what did the victim do wrong?”

Clint: “First of all, let’s start with the Victims size – tall and lanky. He probably hasn’t been in many altercations of extreme violence. His size has always been a factor used for intimidation. He has backed people down in the past because he was taller and possibly stronger than a lot of individuals.

Now, he interfered in a Group Monkey Dance with an unknown tribe of primates. I do not know or can’t say that he shouldn’t have stepped in, but there are damn sure smarter ways to do it. Also he trusted that the attackers would do the right thing according to His own (the Victims) socioeconomic back ground and raising. He used the wrong script for the right reasons.  Maybe he has been in a past situation similar to the one that got him beat and the previous script worked. This is a different group with different unknowns.”

Erik: “Specifically, what else could he have done?”

Clint: “The Victim should have called the police immediately. 911 is your friend in these situations. He could have saved himself an ass whipping by calling the cops, speaking clearly and point out what was going on. Give all the info he had at the time and the numbers of individuals involved. He needed to start yelling at the top of his lungs while the police were on the line, “I HAVE CALLED THE POLICE AND THEY ARE ON THEIR WAY”. Then he needed to start hollering for help from other individuals. He could have also enlisted the help of any friends at hand or any store owners close by to call the police. There is safety in numbers when it comes to dealing with predators. The more there are of you, the safer you become.”

Erik:  “How would you have handled the situation given the circumstances?”

Clint: “This is a hard question because I really don’t know all of the information. I have been in a few similar situations. One involved a group of frat rats and a girl who had passed out drunk at the bar. They wanted to take her and fuck her. I said, “No, they needed to leave”. Their response was that “there is one of you and 12 of us, so how you going to stop us?” I told them, “I would kill as many as I could before I went down”.

They didn’t want to play in that game. Also, I carry several guns, and other “things” most of the time, and I practice with them regularly. I am not afraid to use them. I also do understand the cost that using force can incur. I have a good lawyer, a bail bondsman, and several intimidating friends. I damn sure would not have walked in the midst of them trying to reason with them. That is being a lamb walking into its own slaughter. Much too many variables to understand and watch at one time. If at all possible, I would have called the police, and called out for help. If that didn’t work, shoot the first few.”

Erik: “Regarding the interview with Mentors in Violence, what is your opinion of the advice being given on Bystander Intervention for these types of situations?”

Clint: “These egghead feel good fellows are going to get someone seriously hurt or killed. They are trying to teach people how to cook a meal when changing the tire is what is required. Wrong tools and wrong skills for the job. Violence is neither good nor bad.  It is simply a tool, same as a gun or a knife. It has a specific use and it is the individual’s use of it that sets the theme.

A guy robbing a bank uses a gun to kill one of the customers is then shot and killed by another customer or police officer. Same tools, same results, different reasons. The information given in the interview is good IF and only If it is used in the correct settings. It will not work for every situation or scenarios. Different rules for different settings. Trying that upper class social pressure on certain groups of people will get your ass stomped flat like this kid found out. In my opinion, and again I am no doctor or scientist, just a beat up middle aged bouncer. The info that is being passes around as a godsend by these folks is pure bullshit. It won’t work in every situation and shouldn’t be taught that it will work.”

Erik: “What do you think is harmful about the advice?”

Clint: “Look guys, violence isn’t always the answer, but it damn sure needs to be included in the possible outcome. Don’t get all butt hurt when someone refuse to listen to reason. 90% of my job as a bouncer is listening to people and reading situations. People skills are an asset in any situation. Sympathy, logic and reason can be a great stabilizing force, but so is a framing hammer or a shotgun. These eggheads are trying to get people to be NON violent. Our very nature as human beings is violent. Civilization and all of its blessings are based upon the idea of law and order. How it is impressed on people is through the threat of violence in some form or fashion. Whether it is the police and legal system, or a military force. What we need to be focusing on is the idea that violence is just a tool.  We need to all become skilled in the use of that tool.

People are more afraid of making my wife mad than they are of pissing me off. Why? Because she is a calming influence on me. But they understand that if they offend or hurt her in any way, all she has to say is that it’s OK for me to follow my baser instincts. Which can include an old tire, a can of gasoline, and a lighter, if the situation needs it.

I am not afraid to say that we need to quit teaching women to be weaker, and teach them to be meaner and more dangerous. My daughter was accosted by a patron in a bar where she was working. She straight told the guy that “she would cut him from his balls to his brisket if he said one more word” and she meant it. Then, she told her regular customers. They expressed their anger outside, away from cameras. Violence was used and situation was solved.

Erik: “. How would you advise people differently?

Clint: “Folks, I am not, and never will be a proponent of VIOLENCE as the only answer that works. It’s not. Life is made up of skills and tools. Whether it is cooking a frittata or baking a cake, both take place in the kitchen, but use different methods and skills to do it correctly. You wouldn’t try and scramble the eggs with a tire iron, or cut the cake with a pistol. All tools and all skills have their place. To be a complete and rounded person, you need to have as many tools and skill available as possible. I tell my kids it’s great to have a big tool box with everything you need put away in its correct place and available to use.

Clint: “There is, and always will be, a need to talk and negotiate with other people. But there will, and always will be, a need for the correct application of violence. I see too many people, who think that because they grew up, or become accustom to the way things are in their realm, that it is the same in every other place. Doesn’t work that way.  Each social and economic class, and subclass, has its own rules and own way of doing things. When you step outside the class that you are comfortable with, you find yourself playing a game where you do not know all the rules.  Here is where your tool box comes in very handy.”

When it comes to conflict management, there are number of considerations to keep in mind. When you, as an outsider to a Group, use certain words to “command” a Group, such as “Chill out”, it is likely that the Group will backlash against your command. This is particularly so, if the Group consists of young men from another tribe, late at night, in the presence of a female(s), alcohol has been consumed, and you have no backup.

If you intervene in a situation of harassment with the goal of teaching a social lesson about the importance of respect, you must understand that you subject yourself to being the recipient of a different social lesson. This lesson runs along the lines of “mind your own business”, and “don’t interfere with our Group affairs”. Therefore, as Clint mentioned, it is important to understand the dynamics of the situation. What are the rules that the Group lives by? What happens if you break their rules? Are you subjecting yourself to an Educational Beatdown combined with a Group Monkey Dance?

Safely teaching a social lesson requires that you to be backed up by some authority. Why else would the other party listen to your lesson when it directly interferes with what he or she wants to do? For a variety of reasons, intervening as one college boy to another is vastly different than intervening as a college boy to a group of “country” men.

Bystander Intervention training that does not include education on how violence is used and violence dynamics can easily morph into the teaching of conflict mis-management. It has the very real potential of leading to situations that end badly.