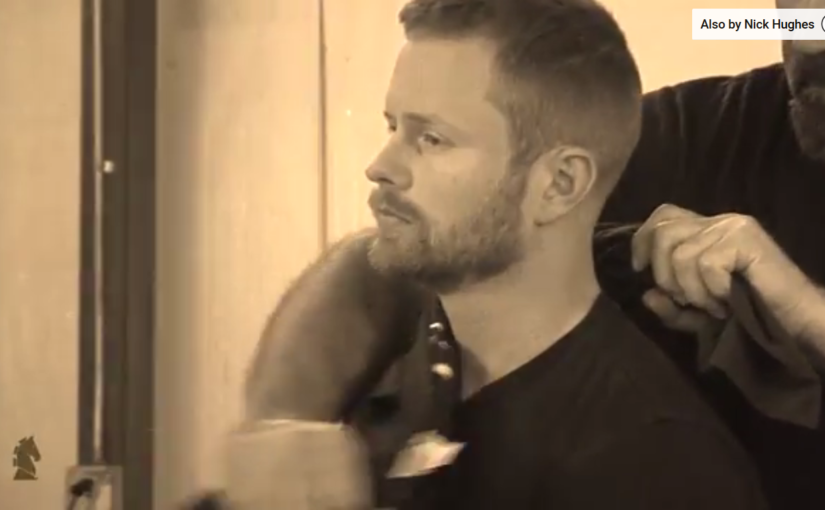 FRENCH FOREIGN LEGION COMBATIVES  Phase IX: Improvised Weapons with Nick Hughes a former member of the 2nd parachute regiment in the French Foreign Legion, Nick Hughes has built his combatives curriculum on his extensive martial arts background, including ju-jitsu, tae kwon do, and zen do kai.

During his five years with the Legion, Hughes sharpened his skills and learned combatives from some of the toughest instructors on earth. Later on, working in an executive protection detail, Hughes refined his curriculum into one of the world’s most unique combatives systems. The first six phases of the French Foreign Legion Combatives series laid the foundation for Hughes’ curriculum, reflecting how a fight progresses. With the next four phases, Hughes presents a more in-depth perspective of how a fight can be resolved quickly and effectively with the use of dirty fighting techniques, impact weapons, improvised weapons, or advanced gun combatives.

In Phase IX: Improvised Weapons, Hughes shows you how to train for and use improvised weapons in situations where you cannot carry a real weapon. But improvised weapons often have limitations that you must recognize and train for. The keys are to quickly recognize items that could be used as weapons if the need arises and to learn how to adapt them to your main set of self-defense skills and training. From projectile, flexible, and impact weapons to edged tools and long-range weapons, Hughes seamlessly covers the spectrum from less-lethal options to killing techniques. He concludes with the most sought-after part of his French Foreign Legion Combatives curriculum: the unique topic of “killing with coats,” which is derived from his French Foreign Legion training and his own experience as a bouncer. Have you always been intrigued by the French Foreign Legion? This is your chance to learn its fighting secrets without signing up for five years!

“We tried this technique in our Self Defence and training class yesterday after thinking through a scenario or two where we might use it, it works very quickly and the students loved it. As Mr Hughes says this takes people out quickly with an amount of ease, Go play people.” Garry Smith