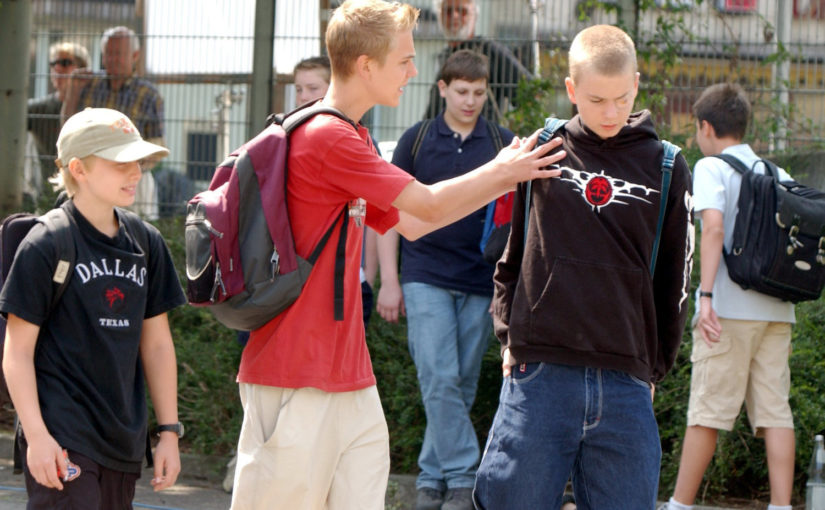 Had a nice conversation with a young mother in Germany. From her perspective, primary schools and kindergartens are becoming more violent and the teachers do nothing. If a victim reports an act of bullying, the victim either gets in trouble or is called a tattletale and shamed for reporting.

Two reasons why what you hear may not be what is there:

The first is that reporting on violence does not equal violence. The first time I tracked this, there was a period (and, sorry, can’t be more specific. I’m an old man who’s had a lot of concussions, so it’s better not to trust my memory) anyway, during this period, violent crime dropped by 10%, while reporting on violent crime rose 300%. So people experienced a 10% drop in violence but were exposed to a tripling in the violence they heard about. People felt that crime was skyrocketing and that contributed greatly to the tough-on-crime legislation that followed.

Same with bullying. My kids experienced significantly less physical (and I think verbal) violence and bullying than was common in my time. Bullying has always been endemic, but when reporting on bullying became a fad it sounded like the bullying itself had skyrocketed.

The second factor is that where we set the bar for violence has shifted. The mom I talked to said her son is attacked every other day. Bruises? No. Bloody noses? No. If a push or a threat is considered violence now and it wasn’t when I was a kid, it will look like violence is rising because we throw more things under the label. So caveat lector.

There is a third spoiler, and one that people who use government statistics have to be very wary of. Bureaucracies have become increasingly sophisticated. Many have learned that you can affect the statistics directly. The zero-tolerance policies in US schools mean that the victim who reports an act of violence is also punished for partaking in a violent act. Punish the reporters and the crime won’t get reported. Voila, reported acts of bullying have dropped to almost zero.

Want to eliminate reported rape? Send the victims to jail if they report. Then no one will report and, according to the bureaucracies’ paperwork, the crime will no longer exist.*

Bullying has always existed. It exists in animals. Bullying is not the strong preying on the weak, it is the strong showing their power by toying with the weak. The reason it always happens is because kids, as a rule, have very little power, so when they find some, they revel in it. Affecting the world and expressing power are the same thing. And it feels good. Creating art, or building a bookshelf or finishing an article all feel good and all affect the world. And the same with breaking things. When a kid learns that he can make another child cry, that is power. And it feels good. A lot of socialization is teaching kids not to use that power.

Fighting first. Being raised rural and blue-collar, fighting was just something boys did. We learned it was fun, we learned that it hurt. It also had consequences. Every family was a little different but there were types of fights you would be praised for (defending your younger sibling from being picked on) and others you would get in trouble for (being a bully and losing***.)

So you learned, over time, what was worth fighting for and how to regulate damage.

Bullying. The strong pick on the weak. But the strongest up through high school were always the adults, the teachers. Stronger, bigger, more experienced (because most of my instructors had also been raised in an environment where fighting was an acceptable, normal skill) the teachers would win. If they saw a fight going too far, they would grab whoever was winning by the scruff of the neck and throw him (usually a him) across the room.

It was a rare expression of adult power, but it had a message: No matter how big or tough you were, there was someone bigger and tougher. Anything you did to your victims could be done to you.

And in that was a huge lesson. Maturity, being adult, was about having power and not using it. At least not using it to dominate others. And there was a smaller lesson as well: There are times when it is fully appropriate to use force, like when stopping people from victimizing others.

This process eventually, for most, grew into a healthy socialization about power and violence. It wasn’t perfect, of course. Diversity means that a one-size-fits-all answer will always be wrong. But this approach had evolved over millennia and worked pretty well

Two expressions from this era: “Why don’t you pick on someone your own size?” “How do you think you would feel if I did to you what you did to him?” Encapsulated that socialization process. This system actually builds empathy.