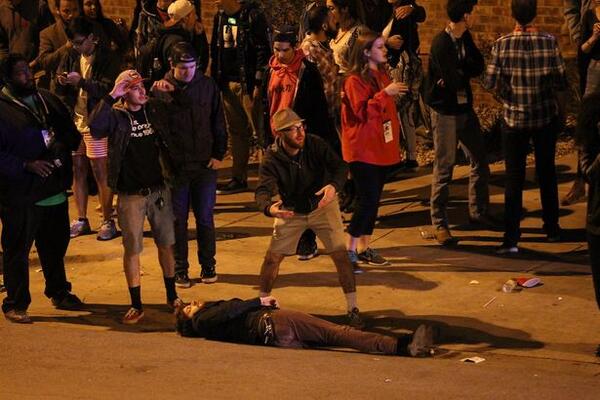 Ok so you have got yourself into a situation that you either had to use your skillset and toolbox to put someone down hard. You have done what you were taught, and followed your training to a very hard ending for someone. You can even articulate the five W’s of your actions. Who you did it to. What you did. Why you did what you did. When you knew that you had no other option. (what you did) and where you find yourself now. You are going to court and actually have a lawyer that knows how to defend a legal self-defense case (and good luck on finding one of them, not as easy as it would seem).

Do you have anyone to corroborate your statements and if you don’t why not? This is one of the main points that people miss in preparing their court case. You need to have as many people to back up your story as possible. This is where priming the witness pool is an extremely important skill set to add into your toolbox. Now I cannot tell you how to how to do this exactly because each situation is completely unique in how the laws are written in the area and how that they are enforced. So what I am going to do is show you a scenario that I have experienced more times than I would ever care to remember to show you how to do this type of thing and let you research your local laws to fit it to your needs.

On a Saturday night I was working a gentleman decided that he would volunteer for me to get involved in his life. He would sit and drink and then go outside to “cool off” which is code for he went out to do a line of either coke or meth. He would come back in and get louder and louder, more amped up every time. I told him that he was cut off and started to escort him to the door. The waitress approached and handed him his debit card. He tried to head butt her as she handed the card to him. I grabbed him by the collar and jerked him back. Then proceeded to walk him out.

As we approached the door, the gentleman then jerked away and tried to punch the manager that had walked up to assist me. I tripped him into the door frame and he fell to the ground pulling me on top of him. He must have fallen very hard because his head bounced off the floor at least three times, poor man, all the time I was shouting “Please Stop! Don’t do this, you can just leave and no one will hurt you!” I picked him up and walked him out of the door. He then twisted away from me and tried to punch me and fell once again into the concrete post just outside the door, put there to stop people from running their cars into the building.

By this time several people had gathered as I escorted him off the property. He walked across the street to the apartments where he lived and fell onto the curb breaking several ribs in the process. I then proceeded back over the crowd and apologized for what went on. Several people standing there asked me what happened and I explained to them that the gentleman I escorted off the property was a former convict and we had had trouble with him before. He was high on either coke or meth and had tried to head-butt the waitress and punch the manager.

Several of the people standing there talking about the incident admitted to seeing the individual do these things. I again apologized for all the ruckus and I hated that they had to see everything that went on. One of the people that witnessed the events was a retired police officer and he agreed that I handled the situation correctly and he had seen worse things happen like the ones that occurred for 20 something years. I continued to talk to as many people as stayed around and still profusely apologized for them having to see this. As we all walked in I motioned to the head waitress to take several tables some free drinks and tell them again that we were sorry. I also told her to get ready to get those people back outside if the individual called the police. I went back outside to wait.

Sure enough 10 to 15 minutes later the police cars pulled up and a officer hollered at me to get over to the car and place my hands on the hood. I raised my hands and walked over placing my hands on the hood and calmly asked him what this was all about. He told me “Because we received a call about you stomping the shit out of a guy from next door!” I said no sir I did not, I made an individual leave because he was getting to rowdy and disturbing the other patrons. I then went on to tell him what happened and what had all occurred. I also offered to get him the witnesses and have him talk to them.

By this time the manager and the head waitress had walked out and I sent her in to gather up the ones I pointed out. The manager came over to talk to the officer and told him what he saw and the majority of the people came out to tell basically the same story. After everyone had went back into the bar I told the officer that it was not our policy to “tune up” anyone and that we tried to run a quiet and respectable bar. He looked at me and said that he thought something was funny because he had received no call to the place for a long time and figured I was the reason. He left and I finished my shift. As always I snuck out at the end of the night and walked around in the shadows looking for payback but that night there was none. That came later.

If you come back next month I will explain all the things that happened and how you can do the same type of thing. This gives you a bit of time to think about what you read and see what you think about next month’s article.