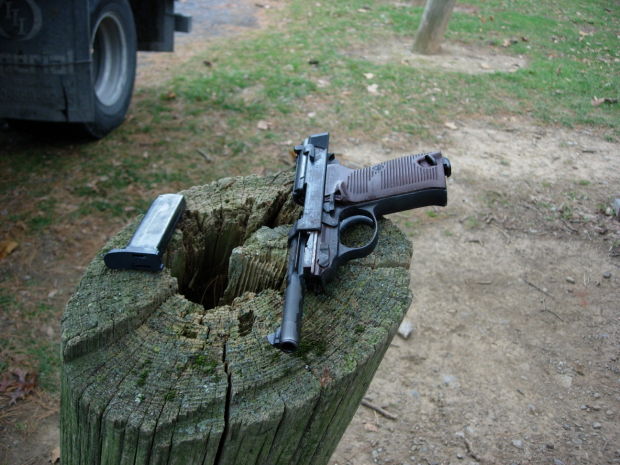 One morning, I opened my computer to find an all-too-common type of news article. The story reported that a law enforcement officer had left her firearm in a public restroom, where it had been found by a 5-year-old child.

Cue the gnashing of teeth and wailing – but first, hear the rest. The child who found the gun was not harmed, nor did she put anyone else in danger. That’s because the little girl’s parents had taught her what to do in case she ever ran across a gun. “We make [our children] understand, bad things can happen when you play with it like a toy, because it’s not a toy,” the mother said.

The little girl stopped when she saw the gun. She did not touch it. She left the area immediately, and she told an adult what she had seen. Textbook success!

Here’s the kicker: the person to whom the gun belonged had already left the restaurant. And the little girl quite rightly trusted the other adults around her – gun owners or not – to know what to do about the gun she found in a public place.

Before we dismiss this question as irrelevant (“That never happens!”), let’s explore the possible ways that a firearm may end up in the hands of a non gun owner. By looking at some of the causes and possible settings, it will be somewhat easier to explore ways to solve the problem with a minimum of fuss or danger to others.

In addition to the possibility of finding a gun in a public restroom – which happens far, far more often than it should – people have found guns in city parks, in used and rental cars, in newly-purchased homes, and in hotel rooms.

Embarrassingly, many of these forgotten guns come from law enforcement officers, but not all do. That’s not surprising, given that nearly 50% of American households legally own at least one firearm. There’s some reason to believe there may be many more gun-owning households than that, given the number of otherwise honest people who would happily lie to an anonymous pollster. And of course this statistic does not include illegal and hidden guns.

So a few rules to remember.

First, don’t panic. Guns do not “go off” by themselves. As long as no one is touching the gun, it is really nothing to worry about. It is just an object. It may be a scary object, but it is only an object. It cannot do anything dangerous on its own. You don’t have to hurry to find a solution, because the gun will simply sit there while you carefully consider what to do. It won’t suddenly jump up and run off to commit mayhem if you take too long. You have time to think.

Think about your options. If no one else can enter the area, you may want to simply leave the gun right where it is. Leaving the gun alone is probably the best choice you can make in nearly all circumstances.

However, simply leaving the gun alone is not a good choice if you must leave in order to report what you found and there is no way to lock the room behind you when you leave. It’s not a safe choice if there are people around who know even less about firearms than you do, and who can’t be trusted to leave the gun alone. And it is especially not safe if there are children around who may be fascinated by the sight of an unsecured firearm.

So if you are unable to call help from where you are, and also unable to safely leave the gun where it is when you leave to get more-knowledgeable help, you may need to take the gun with you or move it to a more secure location. Carefully think through your choices before you act.

If the gun doesn’t need to be moved, don’t touch it. A gun found in a hotel room can simply be left in the hotel room, safely behind a locked door, as you march to the front desk to report your find. In a private home, you might lock the room where you found the gun while you decide what to do.

Public restrooms are more problematic, since you may not be able to lock others out of the room when you leave. Of course, there’s always the cell phone option: stay right where you are and leave the gun untouched as you pick up the cell phone to report what you found. If you have no cell service but do have a friend with you, you can ask your friend to alert others while you stay with the gun to be sure nobody touches it or picks it up.

If you absolutely must move the gun, follow these rules.