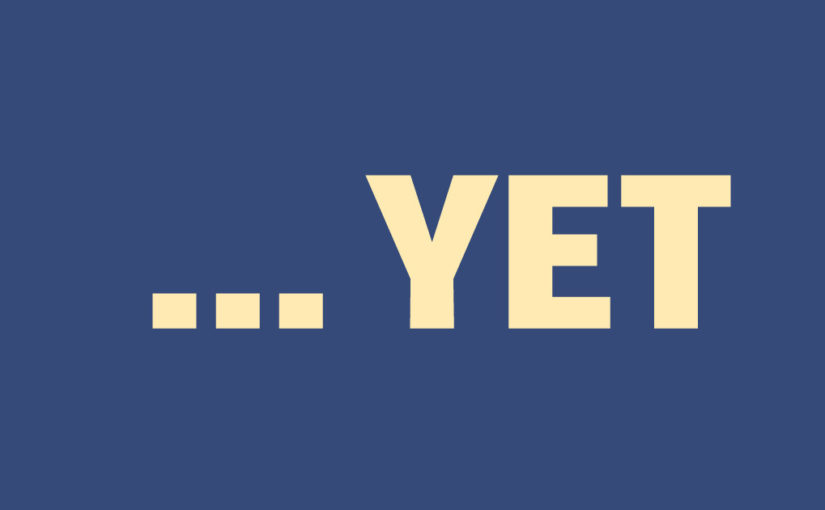 There’s a sentence I don’t like to hear people use in my classes. Actually, I hate it. Hate it so much that I used to stop them from saying it.

The sentence is, “I can’t.” I can’t hit the target from here. I can’t shoot as fast as you’re asking me to shoot. I can’t picture making the choice to defend myself. I can’t…

“You’re not allowed to say that in my class,” I’d tell them when they said it. “It’s not allowed.” I’d say it playfully, jokingly, in a friendly way, working for the laugh. And they would laugh. And we’d go on with the lesson.

It was profoundly disrespectful because they weren’t lying when they said they couldn’t do whatever-it-was. They were telling the truth.

They just weren’t telling all of it.

“I can’t” is an admission of failure. It hurts. And we hate to see our students hurt. That’s why I always wanted to flatly deny the place the students found themselves when they declared, “I can’t.” It’s a horrible place to be.

By adding just one little word to that hateful sentence, we can their world upside down. And our own.

“I can’t do that” is an admission of failure.

Always add the yet.