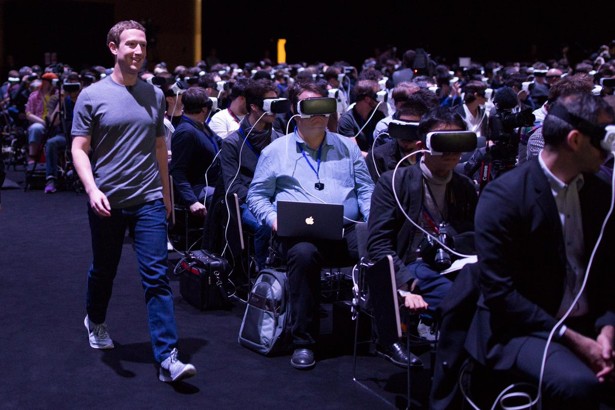 There are very few facts, and no one gets emotional about facts. Diamond scratches talc, never does talc scratch a diamond. Longer levers increase power but cost distance. 2+2=4 (for all normal values of 2 and 4. That’s a math joke.)

So, rule number one: There is no feeling associated with truth. If you feel sure the only thing you can be certain of is that you don’t know. You can feel sure that your politics are righteous or that your religion is truth or that your system is best, but as long as you feel that way you know it is NOT an objective truth.

And our lives are filled with things we do not and cannot know. Not just the BS Philosophy 101 questions of “Do you really know if the sun will rise tomorrow?” Important stuff. You don’t know what anyone really thinks about you. You probably aren’t even aware of the differences between the values you feel and the ones you express in action. You don’t know who you will be under certain stresses.

And people hate being uncertain. Unknown is unsafe. Freedom is a nice idea, but historically people piss away freedom in a heartbeat if someone will offer security.

So, rule number two: People are uncomfortable-to-terrified by uncertainty and they are surrounded by it at all times.

This problem is compounded in martial arts and self-defense. At the high end of the conflict spectrum, there is a lot less experience. Everyone has been in an argument, far fewer have been in an argument that escalated to blows. Even fewer have been targeted by a predator or been required to use deadly force or participated in a riot. Some people spend years in martial arts, studying what to do if attacked. And they have no idea– it is impossible to know the first time– what they will actually do if attacked. You can tell yourself anything you want but until you pull a trigger, you cannot know if you are capable of it.

This uncertainty compounds with the high stakes of life or death conflict. But it compounds with something else as well: identity. For better or worse, violence has achieved a level of mythic weight in our society. The “wisdom” of a “warrior” is held to be more profound than the wisdom of a father, mother or schoolteacher. It’s not more profound, it’s simply more rare. And thus easy to fake, but that’s for another essay.

But the idea of who we will be under pressure, in conflict, is a powerful aspect of our identity. The image in our own mind and other people’s minds of who we are. And if the conflict has only been imagined, a terrifyingly large chunk of that identity is also imaginary. If uncertainty is frightening, what level of fear and insecurity comes from the deep and denied knowledge that you don’t even know who you are? You are your own imaginary construct.

So, rule three: People like to feel sure, even if they can’t be sure. And the best way to feel sure is to surround yourself with people who agree with you and shun the people who make you question your beliefs. This is the first step into the insular world of “tribalism disguised as truth.”

It’s a sneaky worldview. You feel sure. You are surrounded by people who sound sure. The only evidence you hear confirms what you already know to be true. If someone with a different point of view somehow strays into your territory, the tribe has more than enough voices to shout her down, and if you can’t win on logic, you can win on volume (because lots of loud people equals consensus, right?) or you can always drive her away with personal attacks. And ad hominem is always harder to see when you are the one using it.

With only a few tactics, you can drive away words, opinions, or even facts that might challenge your tribal identity. Tribalism disguised as truth is a powerful and subtle thing.  http://www.lairdwilcox.com/news/hoaxerproject.html

And there is a nobility to it. Patriotism is tribalism. Taking a stand against all comers for the good of the team is classically praiseworthy. “My country right or wrong.” Generally, surrounding yourself with a tribe suppresses doubt. I believe it actually suppresses the part of the brain that analyzes doubt. But when the doubts well up, loyalty is a virtuous way to slap them down. Not thinking, not challenging, is not only easier, it will be reinforced and praised by the tribe.

And all the while the tribe will insist that the tribe and only the tribe is smart, is logical, is beyond and above politics and emotion. “So say we all.”

Rule number four: Groupthink is rewarded and thinking for yourself is punished. It’s not always that simple. Tribalism is at its strongest when you believe that you are a persecuted minority. If everyone is out to get you, solidarity is even more important. Viciousness in defense of “the truth” is warranted. And with this attitude it is easy to see anyone trying to be reasonable as an enemy, offering unwelcome data as an attack, and the most reasonable possible debate as oppression and persecution.

And maybe that’s rule number 4.1: From the tribal point of view, anything that doesn’t confirm the preconception is seen as an attack and anyone who disagrees is seen as an oppressor. And that fully justifies the tribe in attacking and oppressing even more, in “self-defense.” In my experience, weak individuals or groups who get the tiniest bit of power become far more vicious bullies than strong people ever do.

So here’s rule #5, and it’s a sad and horrible thing: The truth has no tribe. There are a lot of reasons for that. First and foremost, tribalism is based on difference and there simply isn’t any difference in the truth. I teach that flurry attacks result in an O-O bounce so that the threat’s OODA loop never resets and he freezes. Richard Dmitri teaches “The Shredder.” Long ago, when a boxer tried to take me out I shot both forearms between his attacking fists in a triangle shape into the side of his neck. It was a flinch that came from nowhere, it worked beautifully, and I’ve been teaching it ever since. Tony Blauer had a genius idea, researched his ass off, and created SPEAR. Whatever our backgrounds, however we name things, there will always be a convergent evolution towards what works. Because bad tactics get people killed. So many of us will arrive at similar truths, and if everybody is teaching the same things, it gets really hard to say, “We’re better than you guys.”

But the tribalism needs to say it. So if the techniques are same, you can focus on the research methods. Or the membership. Or the training methods. Or the buzzwords. To be different. And if you’re different enough you can call the other tribe wrong even if their stuff is just the same.

The second reason the truth has no tribe is because tribal identities are more powerful than individual identities and people who feel sure, in general, seem stronger than those who admit uncertainty.

It takes a lot of maturity? discipline? humility? to say, “I don’t know” or “I was wrong.” But the ability to say those words is the essence of seeking truth. It’s very hard to build a tribe around the embrace of ambiguity. Trust me– that’s exactly what I’m trying to do with CRGI (and that, right there, may be a sign of the tribal brain sneaking in).  But small numbers embracing doubt will always be at a disadvantage from big numbers embracing certainty.

Except– and this is an article of faith for me, I have no stats to back it up– except embracing doubt and seeking truth will most often have truth on it’s side. And I find that powerful. To quote Avi Nardia, “I’d rather be a student of Reality than a master of Illusion.”