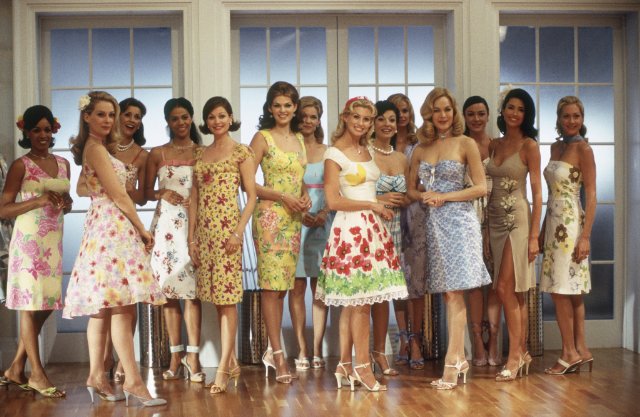 I suspect there is an intellectual drift in our thinking as professionals in the world of violence. Whether it is as force professionals, martial art instructors, self-defense instructors, or etc., human nature is to normalize what we learn from experience and training. Once normalized, there is an unconscious judgment that wants to wiggle into our thinking. If we know it, then it must be common knowledge.

Really? Why? Remember how it is that you do, in fact, know better.

The social rules, the subconscious expectations many women follow unconsciously every day, have some obvious and significant implications when women face a violent encounter. These same rules will show up on the mat and on the range if she decides to train for personal protection. (How and what that looks like is better left to a different dialogue.)

These five case examples can be easily used to highlight how social rules set her up as a perfect target. If we stop there, the implication is pretty damning. Up side? There are a couple of hidden superpowers tucked inside what looks like a perpetual-victim default.

Here’s one, and it comes with a hell of a lot of gravitas. Once she slips the leash, she is all in.

I have a theory on this.

She grows up on social rules that can make her a pretty good mark. The flip side? She does NOT grow up with the social rules defining how a fight is supposed to go. She doesn’t spend her days wrestling and playing King of the Hill. She doesn’t get socialized on the football field and she doesn’t learn what a tap-out means on the wrestling mat. She is chided severely if she attempts to solve conflict the way 10 year old boys do by throwing a couple of wild punches and rolling on the ground. She doesn’t play with green army men who blow each other up with mud bombs.

If she does, it may be because she grew up in a neighborhood like mine where most of the kids my age were boys. If I wanted to play, I had to play the games that were running. Even here, she will hear comments about ‘letting the girl play’ and it will be the exception, not the rule.

She does not know the rules to male conflict and violence because she doesn’t grow up playing the games teaching the rules. If she played those games, she will understand it was by special permission and it really isn’t her game. She is only a guest. Consequence? She won’t generalize the rules of war to her own belief system.

These rules are not built in to her internal infrastructure. When she goes physical – she is in uncharted territory and she will do whatever has even the slightest chance of keeping her alive– there are no rules to follow because she was not socialized to the rules. There is a better than average chance her Threat expects her to follow the social rules of being female: acquiesce, be polite, hesitate, ask for permission. There is an equally decent chance the Threat does not expect to encounter a rabid chipmunk, or as one of my students recently said “an unleashed crazy-bitch”.

If she is armed? Like the first two case studies, she is far more likely to fire until the magazine is empty than she is to get off a couple of rounds and stop to see if she hit her target.

Unarmed? If there isn’t anyone nearby to pull her off, she may blow right by the boundary of when a “reasonable” person would disengage. Particularly if her children have been threatened. She will risk her own life without a moment’s hesitation to save her tiny humans.

Earlier, I mentioned a correlation between adrenaline rates and gender. We need to revisit it again. Rory Miller posits a theory for the gender-based adrenalizination delay; it resonates (R. Miller, personal communication, 2015). If his hypothesis bears any credence, combining the two theories has a doubly deleterious impact on women when a physical solution becomes necessary.

Here’s my summary of Rory’s theory on why women experience the adrenaline delay. When we were hunter-gatherer tribes the able-bodied men would be gone for weeks at a time following herds for enough kill to feed the tribe into the future. Left behind are the aged men, the children, and the women. Turn this into the able-bodied men leaving the village for war, in both circumstances if a Threat gets to the tribe, the women are the last line of defense.

It is on her to ensure the next generation lives to a reproductive age. Knowing this, she will go physical with an unfettered, vicious ferocity.

One theory is rooted social psychology; the other is rooted in evolutionary need. In both, once she goes physical she is all in.

I have seen a full sized dog high-tale it in the opposite direction when attacked by a 10-pound cat that thought her kittens were in danger.  One good bite and the cat would be done, but the dog was uninterested in the risk it would cost to try. Superpower number one in action.

Superpower number two. She is smart. Not that men aren’t, this is not a comparative dynamic so if you are itching to argue – take a breath. The center of the brain that processes fine details and retains them with attachment to meaning has more neuronal connections than the average male brain (Brizendine, 2006). A Cornell study (Wong, 2013) is a little less definitive as to the why women have this capacity but the science in the Cornell study may be a tad more sound than Brizendine’s suppositions.

Wong and Brizendine agree with an important bottom line: women attend to, retain, and recall details at a remarkable level of accuracy. As a natural process, this ability is far more dominate in women than in men.

A possible explanation for this reality ties into Rory’s suggestion about evolutionary need. Village and tribal life puts her on her own for long periods of time with others to provide for, to feed and nurture. Considering sociological anthropology as a perspective, there are probably a few men in the group and hances are, they are elderly or otherwise unable to physically endure the rigors of a hunt. If they couldn’t hunt, they are not going to be much help to her if violence shows up on the village’s metaphoric doorstep.

If she’s trekking out to the berry patch she may have tiny humans in tow and one strapped to her back. Running and fighting in the event of a stalking predator (animal or human) is automatically compromised by her circumstances. Her chances of survival, and the survival of her offspring goes way up if she notices the tiny nuances of the well-worn path that are different than they were on her last pass. A new print in the dirt, blades of grass bent the wrong direction, absence of prey animals, birds fall quiet or take to wing behind her…a soft sound that wasn’t in her hearing a moment ago…

For this information to matter she must have three things available. She must have a context for what the information means (prior learning), she must notice the fine details, and she must do the math (match memory to the context).

Dial this forward to lifestyles that are more common to us in 2015, how many of you can relate to this?

Him: What? You never told me your mother was coming in this weekend! It’s your mother (or whatever the situation is), I guarantee if you had told me that I would have remembered.

Her: Really? Seriously? How can you NOT remember this conversation! You were standing with your hand on the fridge door looking for something to eat in that blue shirt I bought you for your birthday two years ago. You looked at me and rolled your eyes and then you said ______________. Then you shrugged your shoulders and went out to the garage to work on the lawn mower.

Him: Silence – thinking…what the hell? What blue shirt?

Or, try this one.

Him: Hey, do you know where the charger to my old mp3 player is?

Her: When did you last have it?

Her: Silence, thinking. Look in the drawer in the hallway or on the shelves in the corner of the your closet. If it’s not there, it’s probably in your…..

And she is usually right, isn’t she?

She remembers the details, stores them and assigns meaning to them. She does this with people and behavior too. If you have read DeBecker’s work, or you work in an industry like mine where you get to hear story after story of victim events, you know this:

Her intuition told her something was wrong.

This intuition is not magical. It is biological. It is this powerful capacity to manage details, remember them and use them instantaneously, unconsciously. She cannot always articulate how or why she knows what she knows, but she knows. This makes her capable of a marked degree of tactical intelligence.

And the question that wants to be asked next is this: if she is naturally, tactically intelligent, why doesn’t she use it? Why did she get raped, stalked, why did she ask permission to fire?

Both superpowers can get tangled in the sticky web of social conditioning; sometimes to the degree she may not be able to access them at all. This doesn’t mean her superpowers disappeared. Slowly, over a lifetime of experiences, they have been lulled into a deep sleep.

That’s the good news. If those superpowers are still there and they are only sleeping, we can wake them up again.