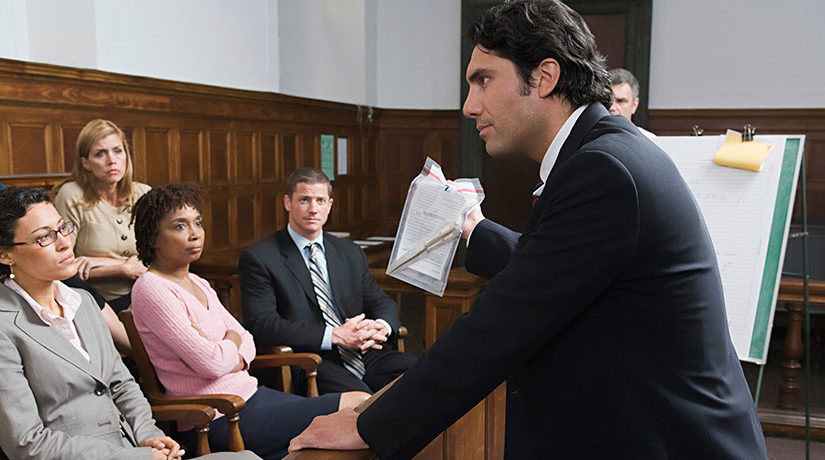 Prosecutor: “So how did you know he was going to attack you?”

You: “Because he was running at me, screaming and waving a knife.”

Prosecutor:  “You don’t know if he was going to attack you. He might have been bluffing.”

Prosecutor: “But he hadn’t attacked you. How do you know he meant to attack you? Is it possible he was bluffing?”

You “But he was charging.”

Prosecutor: “Answer the question. Is it possible?”

Prosecutor: “So you admit you weren’t sure he was going to attack when you murdered him?”

About this time you’ll be wondering how the prosecutor’s head doesn’t explode from all that stupid. What you don’t realize is, in the minds of the jury, he just convicted you.  That’s his job and he’s good at it. Once your case lands on his desk, he’s out to convict you — regardless of what happened.

Most self-defense training obsesses only with the physical. Dealing with the aftermath is gaping hole in training. While some give threat recognition a hand-wave (“of course we teach that”), pre-attack threat assessment is critical for the aftermath. Claiming self-defense is more than “I was afraid of being attacked.” You will have to explain and provide evidence about why there was a credible threat.  That’s normally where the prosecutor will nail you, because most people can’t — even with self-defense training. When you hear “guilty” you realize you should have spent less time on the physical and more on learning how to recognize when you’re about to be attacked. If, for no other reason than to explain it afterwards.

This is why I tell people I don’t care what it is, but have a court recognized threat assessment ‘model.’ It could be:

Pre-existing knowledge can be summed up this way, “it allows you to explain how you knew someone charging you waving a knife is dangerous.”  To most people that’s so obvious, it sounds stupid and useless. That is until you are being interrogated by a cop (looking to arrest someone) or have a prosecutor gunning for you. Then being able to do it isn’t just smart, it’s all kinds of useful. Starting with not being arrested at all.

Pre-existing knowledge can easily be thought of in five basic ways:

1) what you knew about such situations

3) where you learned it

4) when you learned it

Not just “I’m a black belt.” This is, “How I know getting jumped by five guys is dangerous.” It the credibility for when you start talking about how those five guys set you up and tried to jump you. In combo, the pre-existing knowledge, the correlation of what was happening, and the supporting evidence you can bring to the table you’ll need to justify your self-defense actions.

Even if you can explain, you have to be prepared for the prosecutor’s ‘you didn’t really know’ strategy.  Understand, what trips up most people is while the goal (conviction) doesn’t change, the tactics do.

First, in court, it doesn’t matter if actual danger existed. What matters is your ability to explain why you reasonably believed there was danger. (Fastest example: someone drawing a toy gun vs. a real one.) Second, what nails most people — even when danger existed — is their inability to explain the danger. Third, if they can explain, the prosecutor will go after how you knew. Fourth, if you knew, he’s going to try to undermine it. Fifth — and common through all — he’s going to go after “it could have been something else.”

He’s going to nitpick every detail to show you were in the wrong about your assessment of the situation. You have to be prepared for this, otherwise you’re going to convict yourself for defending yourself.

Unfortunately, if training on how crime and violence happen (pre-existing knowledge) is rare, then training on being able to explain how you knew it wasn’t something else is non-existent.  Well, okay, I teach about Normal/Abnormal/Dangerous, but I’ve dealt with too many lawyers on too many cases that were self-defense.

It’s not enough to be able to say, “I saw him start to draw the gun” you have to be able to explain why… in a deserted parking lot … at night…two  strange men approaching you … one lifting his shirt and reaching for his waist band … WASN’T him trying to show you the scar from his appendectomy surgery. Do not assume the danger will be self-evident to the jury, especially when there’s an attorney trying to trip you up. Be able to explain why such situations are dangerous.

There’s an old advertising slogan, “Don’t leave home without it.”  We can change that to “Pre-existing knowledge. Don’t claim self-defense without it.”