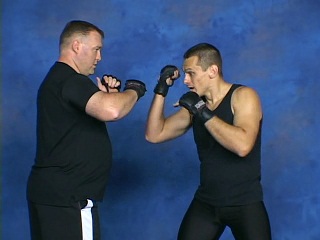 Imagination Time-Call forth images of the lean and mean, jacked and ripped cast of the television show Spartacus. You know the body-type I’m talking about, the taut, toned, chiseled body-fat of 5% physiques that reek of 2-3 HIT workouts per day and scrupulously avoiding all sugars and carbs, while piling on all the paleo-approved goodies that you can choke down.

Got those enviable images in mind?

Before we get to The Gladiator Diet, allow me to ask another question of our Spartacus cast-members.

No matter how jacked and ripped these performers are, no matter how much undoubted discipline and hard work goes into attaining these forms, do we think this translates to true gladiatorial skill? Actual combat prowess?

Don’t get me wrong, hard-work is hard-work and we are able to do more with a fit athlete than an unfit athlete but these performers would be the first to tell you they eat and train to look like warriors not to be warriors.

Paleo-pathologists Karl Grossschmidt and Fabian Kanz, both of the Medical University at Vienna, have been doing analyses of more than 60 gladiator skeletons found buried in a mass grave in western Turkey [formerly Ephesus.] They subjected the remains to isotopic analysis which allowed them to assay for trace elements and determine the composition of the diet that went into making these warriors of the Colosseum.

So what did they find? Were they Paleo? Were they on the Zone? Were the gladiators on the South Beach Diet? Surely, to God, they were at least on the Mediterranean Diet considering where they were. What exactly fueled these real gladiators?

Keep in mind the diet was not based in poverty or a dearth of protein sources as other non-gladiator skeletons from the same region do not show this same dietary make-up. Also keep in mind gladiators, whether slaves or voluntary were a valuable commodity and it seems they weren’t being deprived of meat, but rather being fed as well as the gladiator Ianista [trainer] could afford to keep his athletes in peak condition for the performances.

The results of the isotopic analyses should be of little surprise to the deep digging historian who is aware that contemporaneous accounts of gladiators often referred to them as hordearii [that is, “barely men.”] Many extant purchasing bills for the gladiatorial schools reflect a diet heavy on barley, heavy on legumes, that is lots and lots and lots of beans. Lots and lots of carbs.

It seems, despite our images of Spartacus or 300 cast-members, that gladiators were groomed to be a bit, well, fat, and what is more, purposefully so.

Two To allow the subcutaneous fat to act as a sort of dermal armor. Grossschmidt states, “Gladiators needed subcutaneous fat. A fat cushion protects you from cut wounds and shields nerves and blood vessels in a fight.”

Three This layer of fat provides a better show. Grossschmidt again, [Surface wounds] “look more spectacular. If I get wounded but just in the fatty layer, I can fight on. It doesn’t hurt much, and it looks great for the spectators.”

Think of this as being akin to blading, juicing, gigging, or getting color in professional wrestling in which the athletes intentionally cut themselves on the sly to add to the drama of the spectacle.

An intriguing addition to their isotope analyses reveals a high calcium content, meaning that the gladiator athletes were supplementing their carb heavy diet with calcium supplements. The historical record shows that gladiators often garnered this calcium not with a trip to the nutrition store, but by chugging concoctions that included calcium rich substances such as charred wood or bone ash.

Then, as now, anything to pursue an advantage.

So, with the science and history in mind, real gladiators looked less like Gerard Butler in 300 [Spartans and not gladiators I know, but you get my drift] or anyone in the cast of Spartacus and perhaps a bit more like UFC fighter Roy “Big Country” Nelson.

Whether or not this actual gladiator diet would work for us or not is not the point of today’s fun. But rather to point out what is often the wide gulf between reality and the comic book images that we often allow to intrude on fact.

The proof, more often than not, is in the hard work and the diligent drilling than it is in what you digest and/or look like on the beach.

At least that’s what the gladiators and scientists would tell us.

One thought on “The ‘Real’ Gladiator Diet – Mark Hatmaker”